With massive bushfires destroying millions of acres across its states, Australia is in a state of emergency.

The country’s fire season has seen unprecedented devastation, especially in New South Wales. Dozens of people and an estimated 500 million animals have lost their lives. And the fires haven’t stopped burning yet.

While Australia needs our help now more than ever, many are already doing everything they can to save lives. Here are six stories of heroes who stepped up in the country’s time of need.

1. Despite being directly in the path of a bushfire, the Mogo Zoo in New South Wales kept all 200 of its animals safe.

Staff members stayed behind to put out spot fires and move animals into protective night enclosures. The zoo’s director, Chad Staples, even took some into his own house — including a tiger!

Rangers from @mogowildlife, 10 minutes from the #AustralianFires, have had to keep some animals in their homes to keep them safe.

Sara Ang from the wildlife park says all animals and staff are safe.

2. Pink announced she will be pledging $500,000 to the Australian fire services working tirelessly on the front lines. Actress Nicole Kidman has pledged the same amount as well.

I am totally devastated watching what is happening in Australia right now with the horrific bushfires. I am pledging a donation of $500,000 directly to the local fire services that are battling so hard on the frontlines. My heart goes out to our friends and family in Oz ❤️ pic.twitter.com/kyjDbhoXpp

3. Steve Irwin’s family continues to keep his legacy alive by treating more than 90,000 animals in the Australia Zoo’s Wildlife Hospital.

“My parents dedicated our Australia Zoo Wildlife Hospital to my beautiful grandmother,” Bindi Irwin wrote. “We will continue to honor her by being Wildlife Warriors and saving as many lives as we can.” 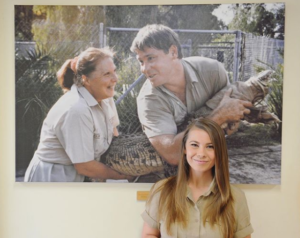 4. New Zealand has sent in military troops as well as an additional 22 firefighters to join the 157 firefighters already deployed in Australia.

Papua New Guinea also has 1,000 soldiers and firefighters waiting on standby, while the government of Vanuatu has pledged 250,000 Australian dollars to the Rural Fire Service. 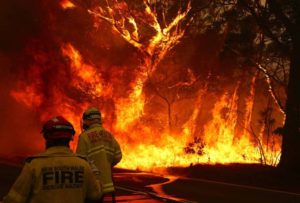 5. In less than a week, Australian comedian Celeste Barber has raised over $26 million through her Facebook fundraiser for the New South Wales Rural Fire Service & Brigades.

You can still donate here. 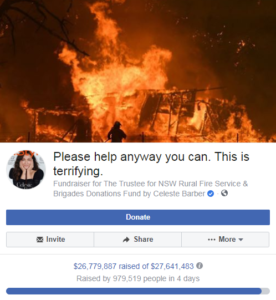 6. Finally, we’d be remiss if we didn’t thank each and every one of the brave firefighters risking their lives to save a continent on fire.

Watch a crew from Victoria rejoice with a “rain dance” as drops fall in the video below.

Hi everyone. Like you, I want to support the fight against the bushfires here in Australia. My family and I are contributing a million dollars. Hopefully you guys can chip in too. Every penny counts so whatever you can muster up is greatly appreciated. In my bio I’ve added links to support the fire fighters, organisations and charities who are working flat out to provide support and relief during this devastating and challenging time. Beyond appreciative to everyone around the world for their well wishes and donations. It really does make a difference, so dig deep! Love ya.

8. Volunteers from the Australian Islamic Society in Newport, Victoria, spent their Friday raising $1,500 and loading five trucks with donated supplies.

The next morning, the women traveled four hours to distribute the items to relief areas. Then, in Johnsonville, they cooked breakfast for 150 firefighters who’ve spent months battling the bushfires. 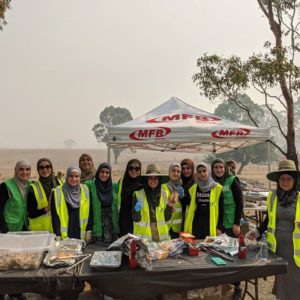 9. On New Year’s Eve, Patsy the border collie saved a flock of sheep.

As flames approached her family’s farm in Corryong, Victoria, the dog herded the sheep to a safe paddock while her owner fought the fire on a tractor equipped with a tank of water. Nearly all of the sheep made it thanks to the very good girl. 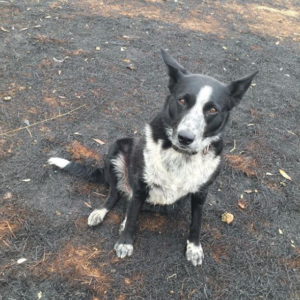 10. The U.S. has sent more than 100 volunteer firefighters to join the battle against bushfires, with 50 to 60 more on the way this week. 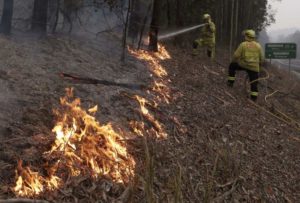 11. Two teens drove around Kangaroo Island and picked up as many koalas as they could.

The men, 19-year-old Micah and 18-year-old Caleb, say they saved around 20 of the animals and plan to care for them until they can be returned to the wild. Among the rescued were two mother koalas with their young and another six orphaned babies.

12. Erin Riley offered to house evacuees with pets in the paddocks behind her house.

So many volunteers reached out to her offering their own accommodations that she began an emergency service called FindABed. So far, they’ve helped around 50 victims find places to stay — many of whom brought their animals with them.

13. This firefighter saved the life of a joey in Victoria. 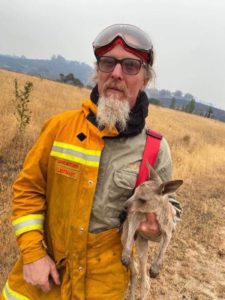 14. Thanks to the heroes pictured below, the Mallacoota fires are officially out! 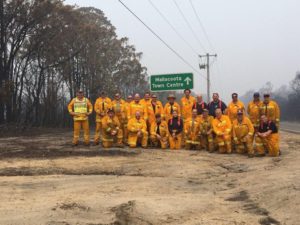 15. This evacuation center in Bairnsdale is taking in dogs at no cost.

These puppers have all been evacuated from the East Gippsland bushfires. They’ve come in stressed from smoke, heat and some of their owners have even lost their homes. This facility in Bairnsdale has taken them all in for free. @abcnews @abcmelbourne pic.twitter.com/c92X8exJuk

16. Despite losing his own home in the bushfires, Malua Bay pharmacist Raj Gupta kept his pharmacy open to ensure his patients get their medication.

The area has no power, meaning he cannot receive payments. But Raj trusts his patients. “People will come back and pay,” he said. “They are very honourable people.”

This pharmacist in Malua Bay, NSW is keeping his doors open for patients, despite losing his own home to the bushfires #AustraliaBurning pic.twitter.com/W6CD19NWI5

They then rounded the number up with their own money to donate a total of $50,000 to the Red Cross and Australian fire services. Other musicians followed suit, including Melbourne pop singer G Flip, who raised $10,000 in donations. U.S. pop star Halsey and U.K. pop-punk artist Yungblud held fundraising concerts as well. 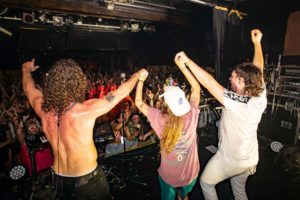 Our hearts are with everyone affected by the fires as well as the heroes dedicated to ending them. Thank you to everyone involved. Your bravery and generosity is astounding.

Please share this story and encourage others to help however they can. You can find a list of more ways to help the victims here.