Sometimes life gets so scary that there’s nothing left to do but dance.

A year ago Kyu San Juan was just 4 years old when he was rushed to the hospital after suffering from a seizure. His parents, Mark and Rasami Moua, were shocked to discover that their previously healthy son had been born with a cerebral arteriovenous malformation (AVM) that required surgery. 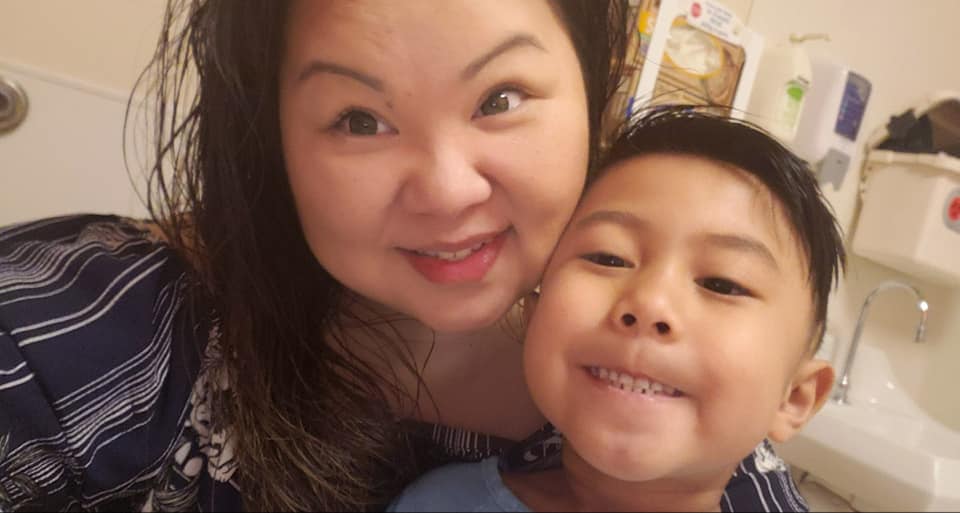 Doctors performed an operation to separate the “tangle of abnormal blood vessels connecting arteries and veins in the brain,” and Kyu proved himself to be a fierce fighter whose precocious nature could not be stifled. The family thought the unpleasant medical emergency was behind them until a follow-up exam showed that Kyu’s AVM had grown back. Facing another major surgery, the child’s grandparents flew across the country to be by his side.

The night before surgery Kyu approached his grandfather with an unusual request: “Grandpa, let’s go dancing!” His grandfather, who earlier that day had gotten matching haircuts with Kyu so that he would feel less alone in the hospital, gamely went along with the plan. 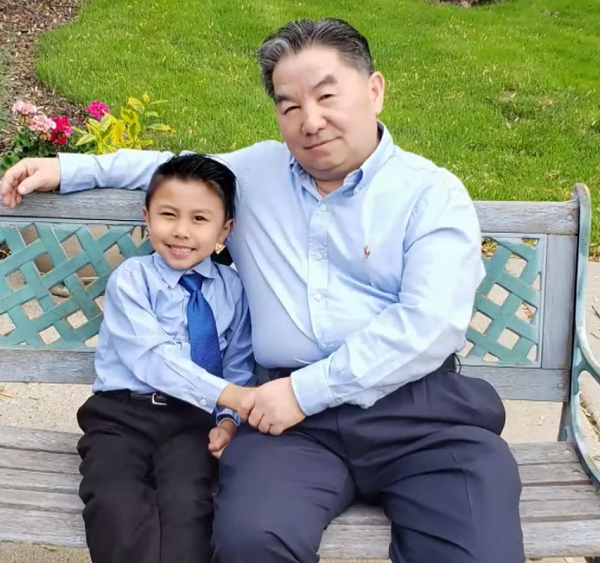 However, he was shocked when Kyu told him exactly where he’d like to dance. Instead of a dance club, gym, or other more suitable venues, Kyu decided he wanted to get his groove on at the local Festival Foods supermarket! 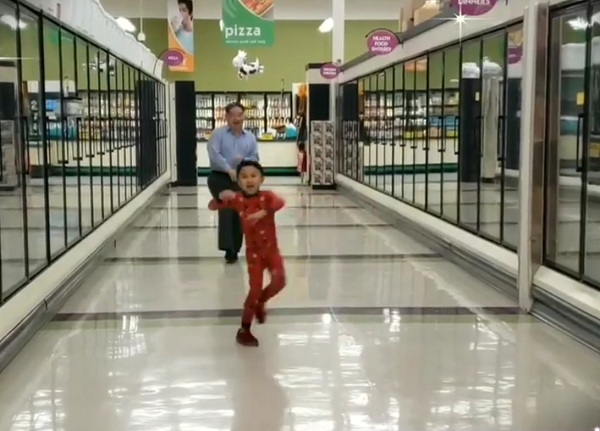 It was later at night so the frozen food aisle was completely deserted when Kyu and grandpa arrived. In spite of Rasami’s rolling video camera, the pair proceeded to dance like no one was watching, and the huge smiles on both of their faces really say it all. You can practically see the good vibes coming off of the two of them as they boogie down the aisle! Grandpa’s pretty light on his feet, but he’s no match for Kyu’s fancy footwork. 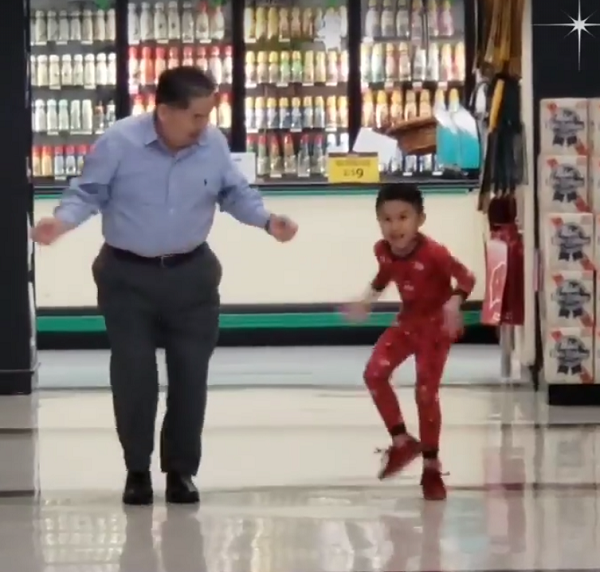 Perhaps it was their positive attitude that helped Kyu get through the surgery the next day with flying colors! Doctors said his operation at Children’s Hospital of Wisconsin went better than they had expected, and that very night the boy was up and talking to nurses. The next day he even took his tricycle on a tour of the hospital unit! 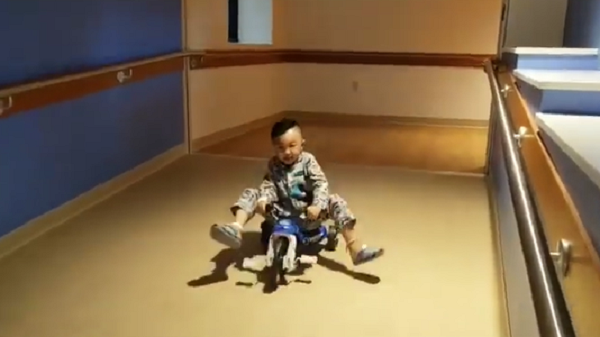 While he’s expected to make a full recovery, doctors will continue to monitor him for recurrence. If you’d like to help with this little boy’s medical bills, here’s where you can! No matter what happens, though, this is one boy who knows that the power of music and dancing have tremendous healing powers of their own. Going viral on the internet didn’t hurt their good spirits either!

Watch Kyu and Grandpa’s adorable grocery store dance-off in the video below, and don’t forget to share.

11:57 PMKyu: Grandpa, let's go dancing!Grandpa Txhiaj Sawm: Now?Kyu: Yeah, it'll be fun!Grandpa: Okay.*Grandpa changed out of his PJ**Kyu stayed in his PJ**DRIVES TO LOCATION**Pulls up to Festival Foods*Grandpa: Do you guys need to buy something?Kyu: No grandpa, we dance here in the groceries store.Grandpa: Here? People are going to think we're crazy!Kyu: People? What people? Grandpa: I thought we were going to a party or a club. *ME laughing hysterically*Kyu: Grandpa, Use your imagination. You can dance anywhere! ? Thanks dad for being such a good sport for Kyu and giving him all of your time before his surgery tomorrow. It was pretty fun! #TeamKyuClick below to read more about Kyu's story:https://www.facebook.com/donate/367008143938299/