When fourth grader William Gierke wore a pink shirt to school with the text “tough guys wear pink” on the front, he didn’t realize that his toughness would be put to the test.

The shirt was part of a breast cancer awareness campaign, but the other students in William’s class failed to see the positive message and zeroed in on the shirt’s bright pink color. When William told them he liked the color, they called him a sissy and continued to bully him until he ran home crying. His mother became concerned when he told her that he wouldn’t go back to school.

Luckily, William had a friend in his corner, his 4th grade teacher Mr. Winters. 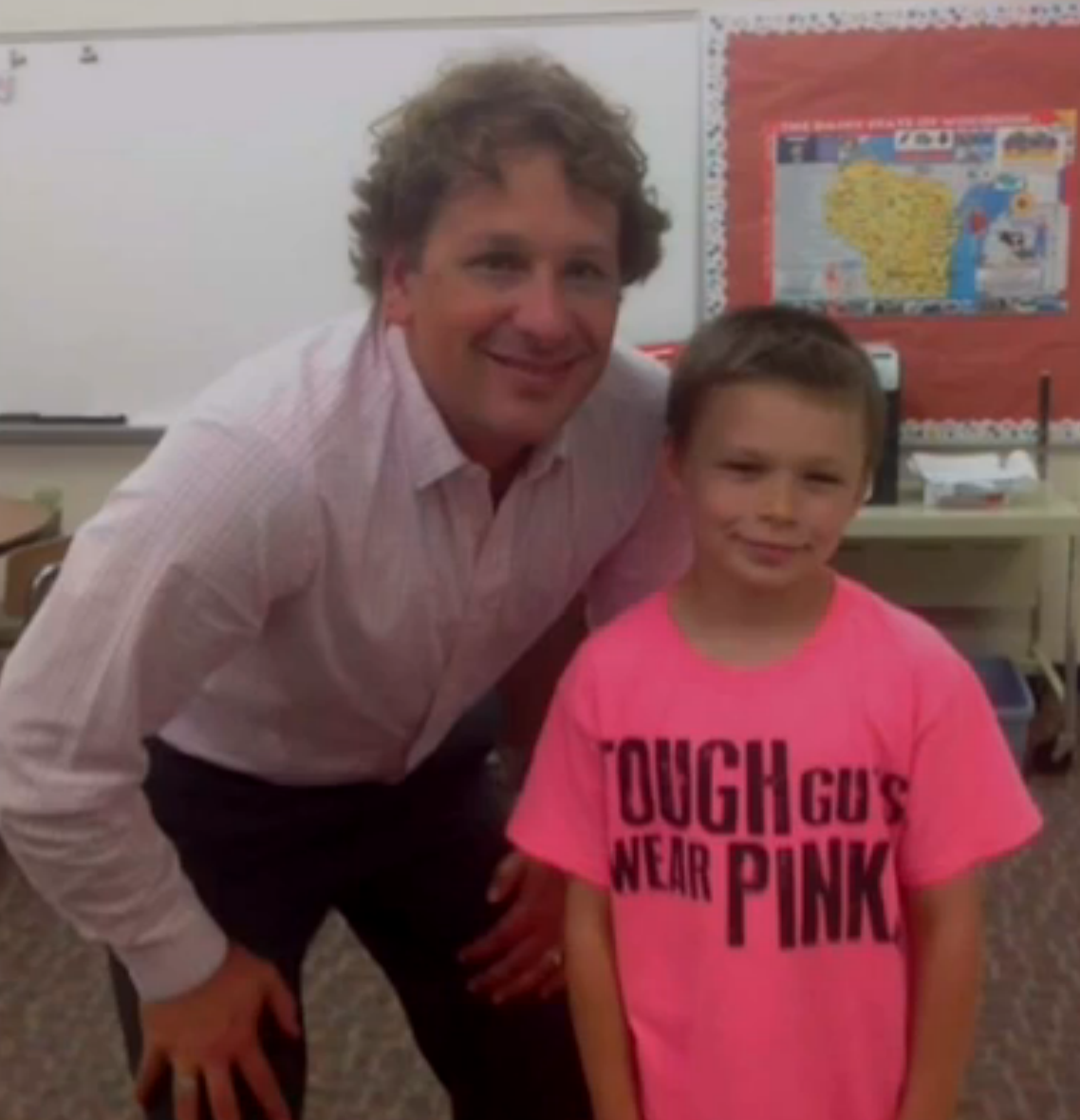 After Mr. Winters heard about the bullying incident, he decided to help out his student by wearing a pink shirt to school every day for a week. “It started out as a way to help William feel safe at school.” Mr. Winters said. “To know that he’s supported.”

And it worked. Mr. Winters’s actions empowered his young student to feel confident in himself. “I feel a lot more comfortable.” Said William, while wearing his bright pink shirt. “I don’t let it bother me anymore.”

See the full, heartwarming story below.