It turns out that baby rhinos love to play. Who knew?

On Christmas eve, 2017, The Toronto Zoo in Ontario, Canada welcomed a new member when their adult white rhinoceros, Zohari, gave birth to a beautiful male calf. Weighing in at one hundred and thirty-eight pounds at birth, the “little” guy is the picture of good health and is being raised alongside his parents at the zoo.

As part of the zoo’s enrichment program, the baby rhino receives daily training and conditioning, including playtime with toys and other sensory items to keep him entertained and happy.

In February, zookeepers gave the two-month-old baby a couple of piles of snow, and he absolutely loved it! 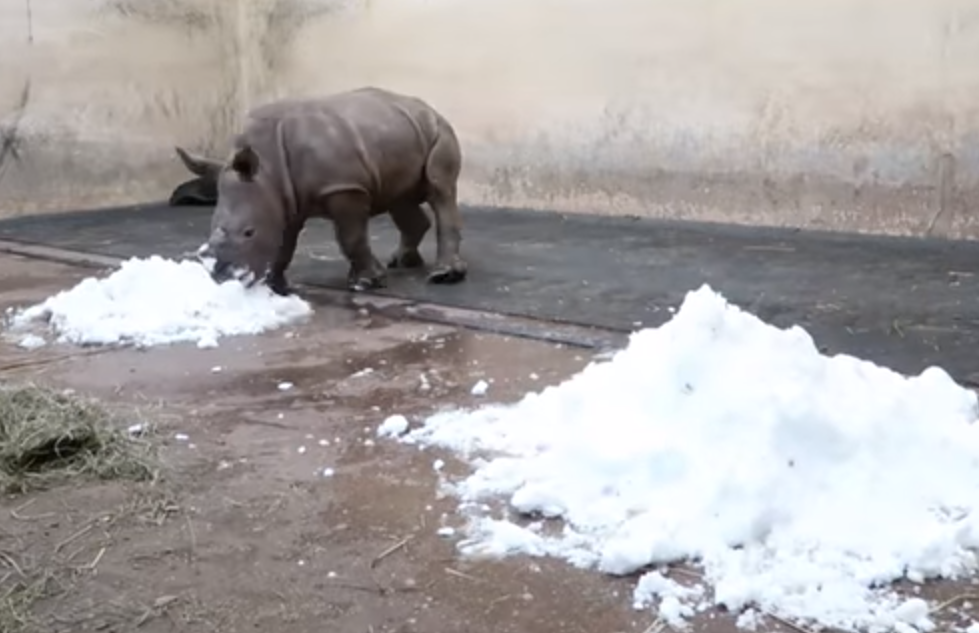 First he just kind of sniffed the pile of cold white stuff, but before long, he was all over it. The way he gallops around in his enclosure is just too cute for words!

Some of the other items the baby receives for his enrichment exercises include tires, pylons, balls, scents, and– his favorite — scratches with a variety of brushes. Apparently, rhinos love to be scratched, so zookeepers use scratches as a reward for training rather than food. 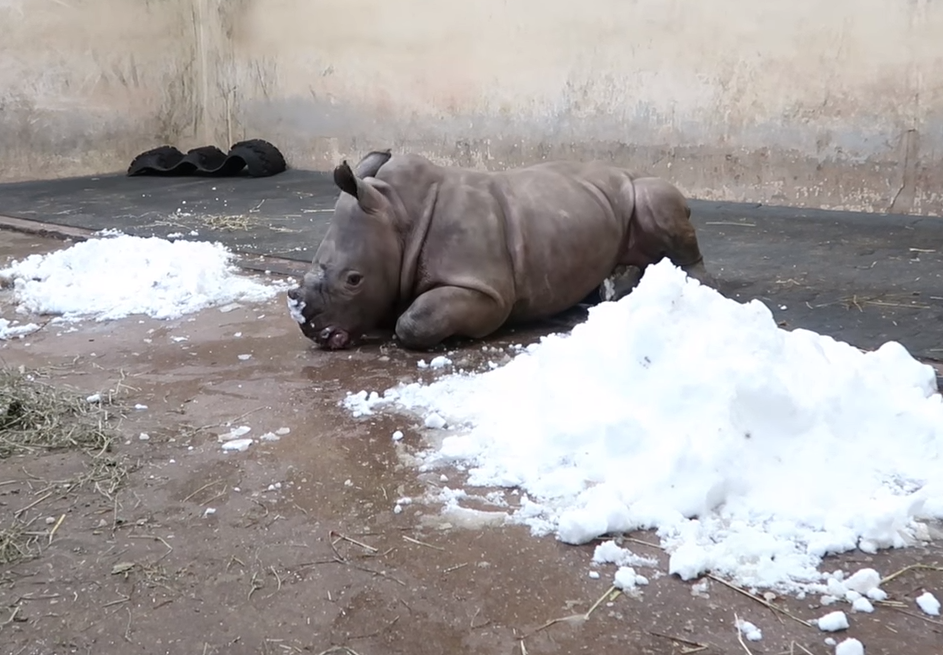 Adult rhinos get the same sort of enrichment items, just in a much larger size. While the baby gets his enrichment time, Mom is either having a meal or having enrichment of her own. You can tell they really enjoy the feeling of the cold snow on their skin! 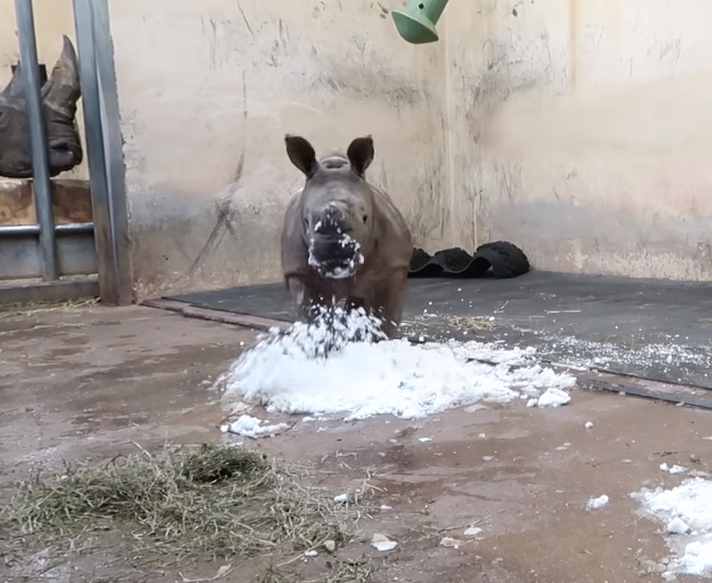 This baby’s birth is another important step towards conservation efforts to preserve this species.  White rhinos are currently listed as Near Threatened on the International Union for Conservation of Nature (IUCN) Red List of Threatened Species.

There are only about 19,682 – 21,077 white rhinos left in the wild, and at one point, the species was as low as 20 animals left in the wild in South Africa’s Umfalozi Game Reserve. They were brought back from the brink of extinction through conservation efforts like those at the Toronto zoo. 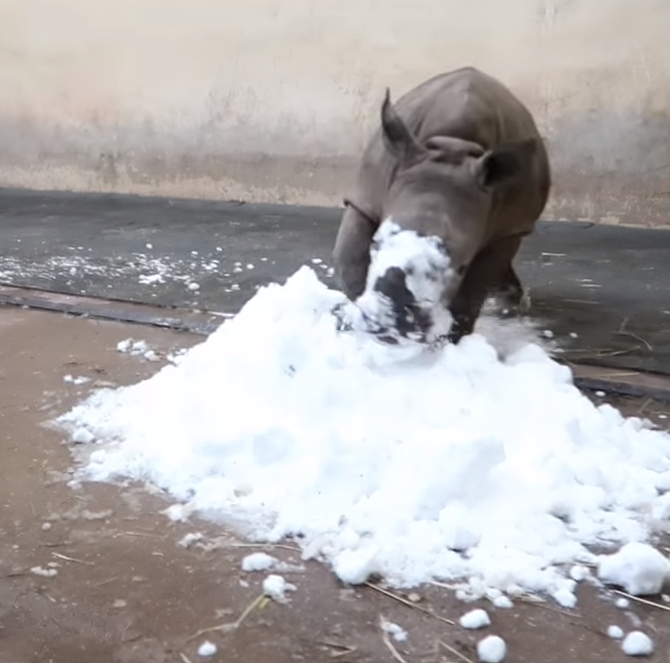 Take a look at this cute little guy in the video below, and don’t forget to share with an animal lover you know!