We love a good dad joke, and it turns out that plenty of other people do too!

Tom Schruben of Kensington, Maryland, found himself getting a little grouchy while isolating at home during the novel coronavirus outbreak. So he decided to lighten his mood through the power of corny jokes — and hopefully make his neighbors laugh! 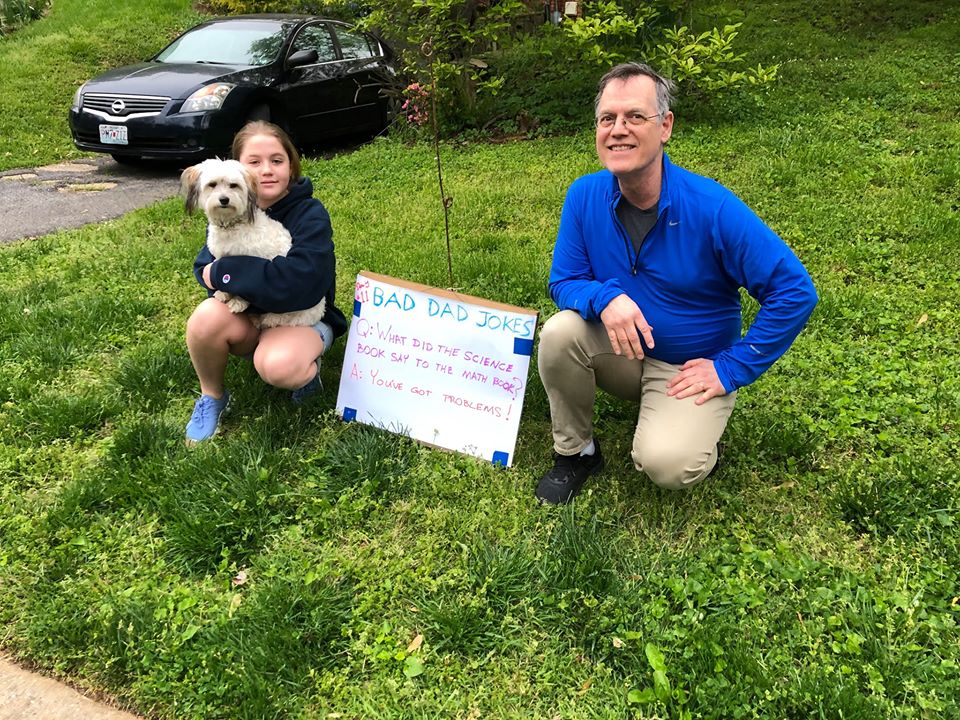 With help from his 11-year-old daughter Darcy, Tom started sharing a new dad joke on a whiteboard in front of their house every day. 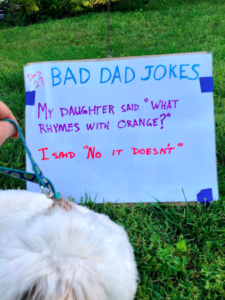 It didn’t take long before his neighbors started purposely walking by so they could chuckle at his latest gag. The word kept spreading, and soon the Washington Post came knocking to write an article about his daily smiles. That’s when he knew he’d hit it big time! 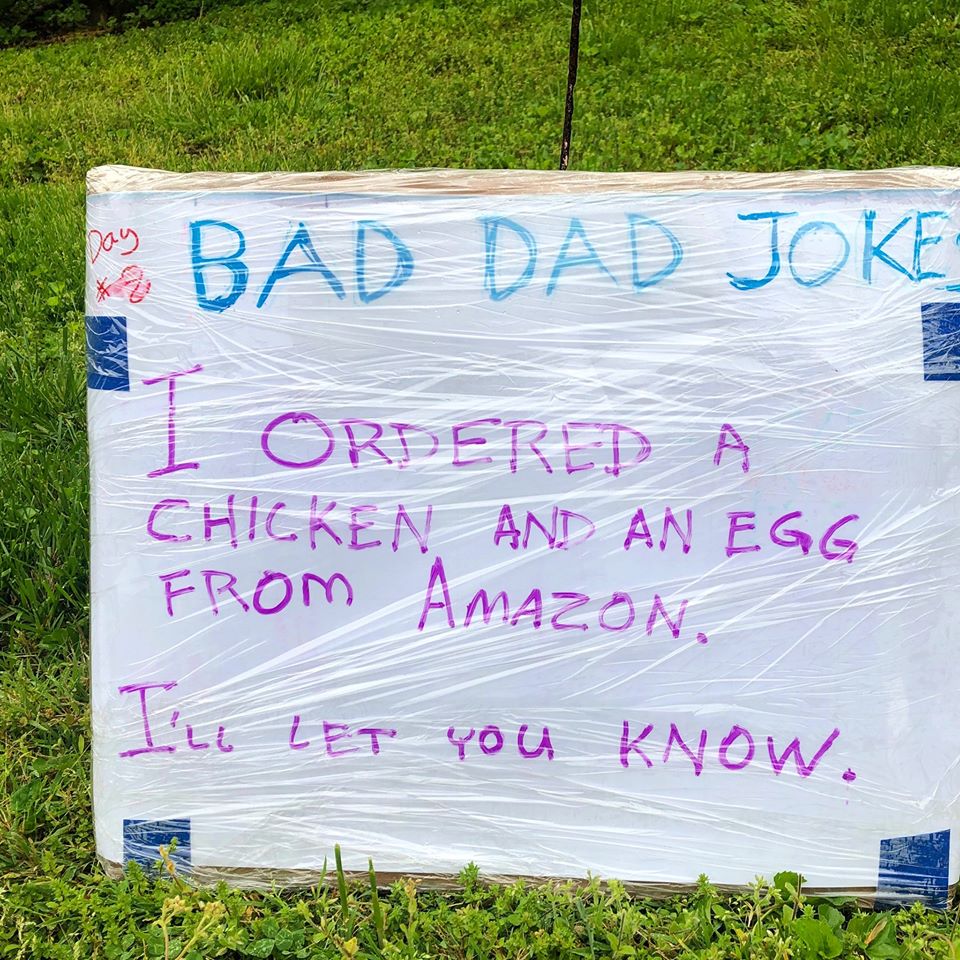 People started coming from other neighborhoods just to walk past Tom’s house! He said he loves watching friends and strangers alike laughing at the signs, especially now that young kids have started using the jokes as reading practice.

Major brands wanted to join in the fun. Laffy Taffy even sent him a 60-pound box of candy! Since each of their candies have a silly joke printed on the wrapper, Tom will have some help when his dad joke well runs dry. 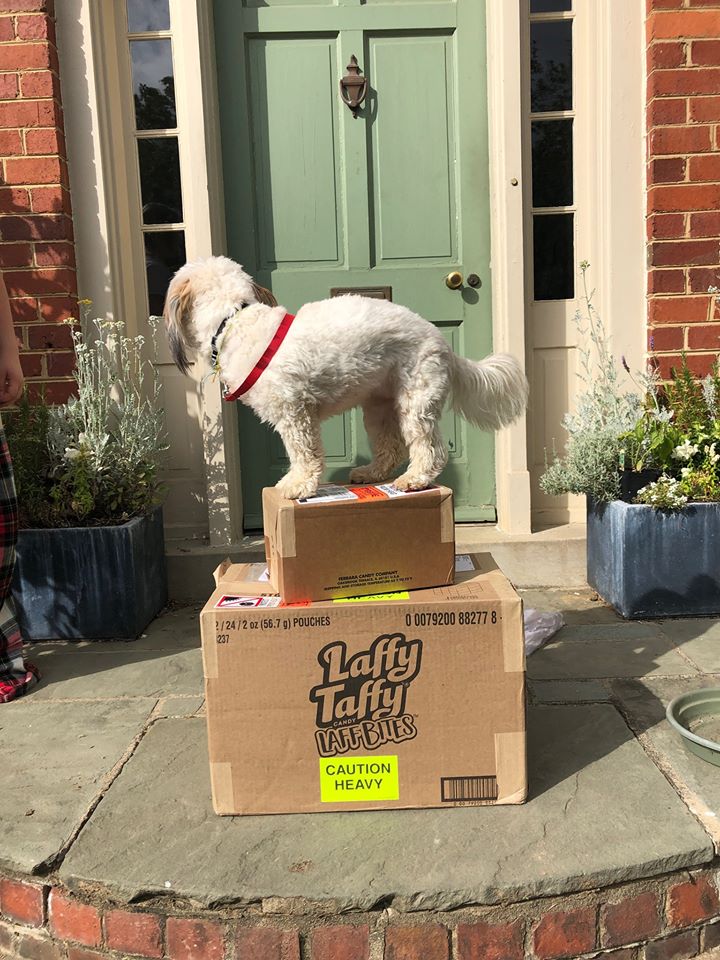 As a father of six, Tom is definitely qualified to tell these particular jokes.

“There’s always been a tradition of dads embarrassing their children,” he said, adding that he’s especially moved when he can help others celebrate their own parents. “I love that I have gotten people to remember happy times with their dads.”

Since strangers from all over the country have been sending Tom their best jokes, he decided to find a way to harness the laughter to help others! In honor of Father’s Day, he started a contest on social media to raise money for Martha’s Table, a nonprofit that supports children and families. 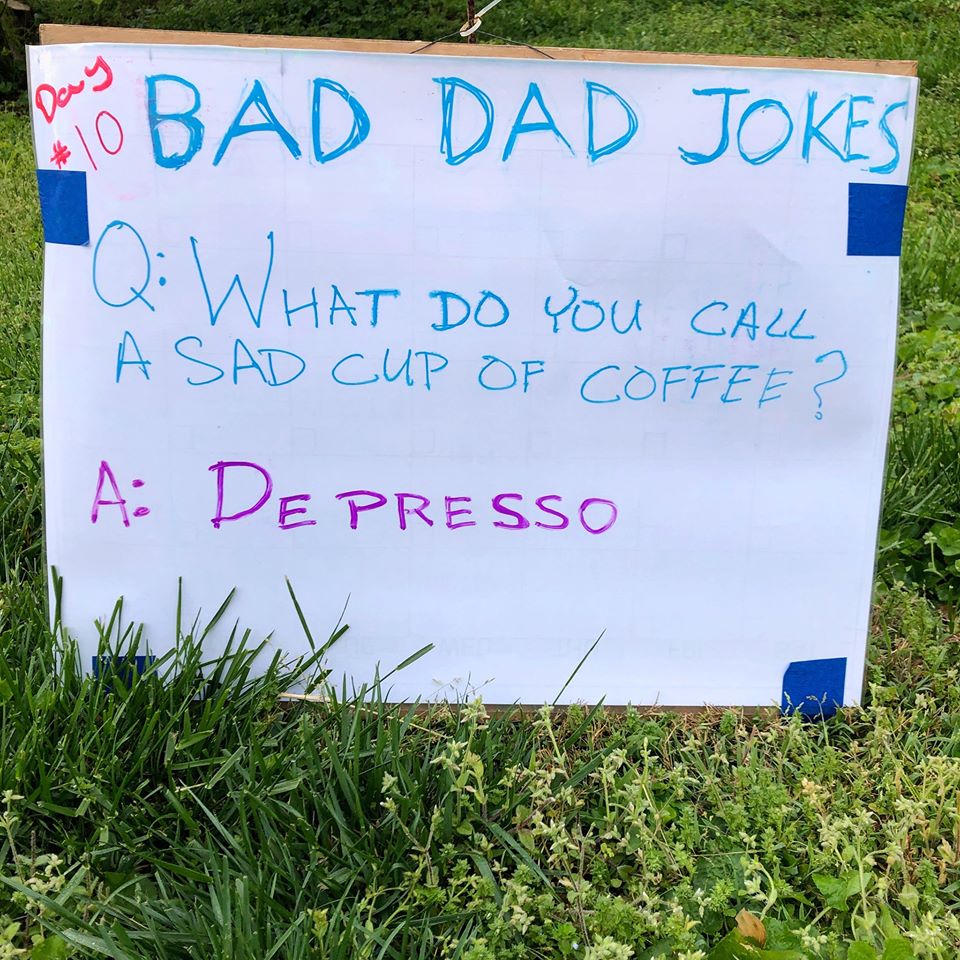 He asked everyone to send in their best joke and contribute at least $5 per entry to the worthy cause. The winner, selected randomly by drawing a name from a mixing bowl, will get to have their joke proudly displayed on Tom’s lawn sign! 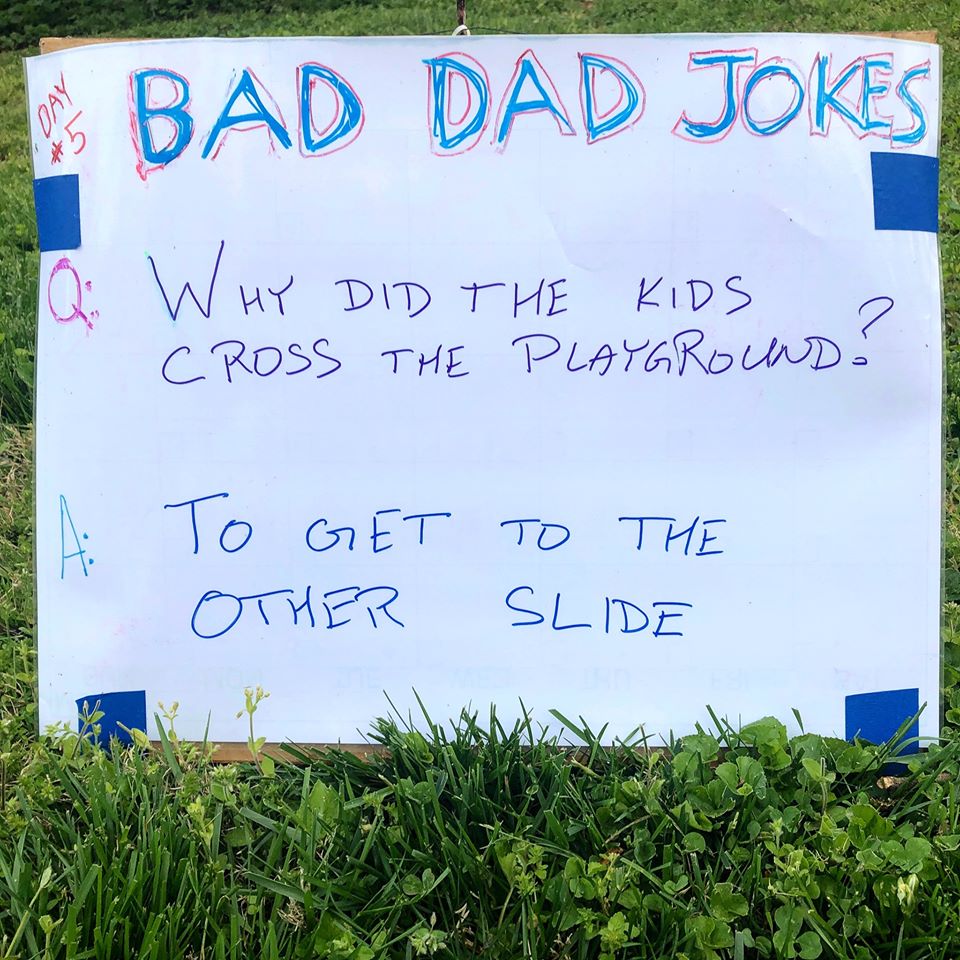 What a fantastic way to use the attention he’s gotten to help others! Tom’s jokes may be corny, but he’s got a heart of pure gold.