Despite how beautiful the below black-and-white image of my daughter may be from a viewing standpoint, its meaning is much darker, and not so pretty. After her father left us when learning of her diagnosis at birth, I often wondered how the rest of the world would accept her Down syndrome diagnosis after her own flesh and blood CHOSE not to.

The thing I purposefully left out of my letter to my daughter was what her father called her after she was born. It is one of my most painful memories of our journey. He called her a word I wish I could unhear… his exact words were, “Stephanie, our daughter is defective.” His tone was as if he were spelling it out for me because I wasn’t getting it. My heart shattered into pieces as he continued to reminisce about how he and his friends in school used to make fun of people with Down syndrome and scream across the playground calling them the “R” word. He continued to state, “People will look at Hannah and feel sorry for us, and then they will blame this on me.” To feel as if there is “blame” at all, would imply that something or someone is a mistake, and I knew that my beautiful daughter was NOT a mistake. He couldn’t seem to get past how he thought she would make him look. He somehow selfishly made her diagnosis about himself. 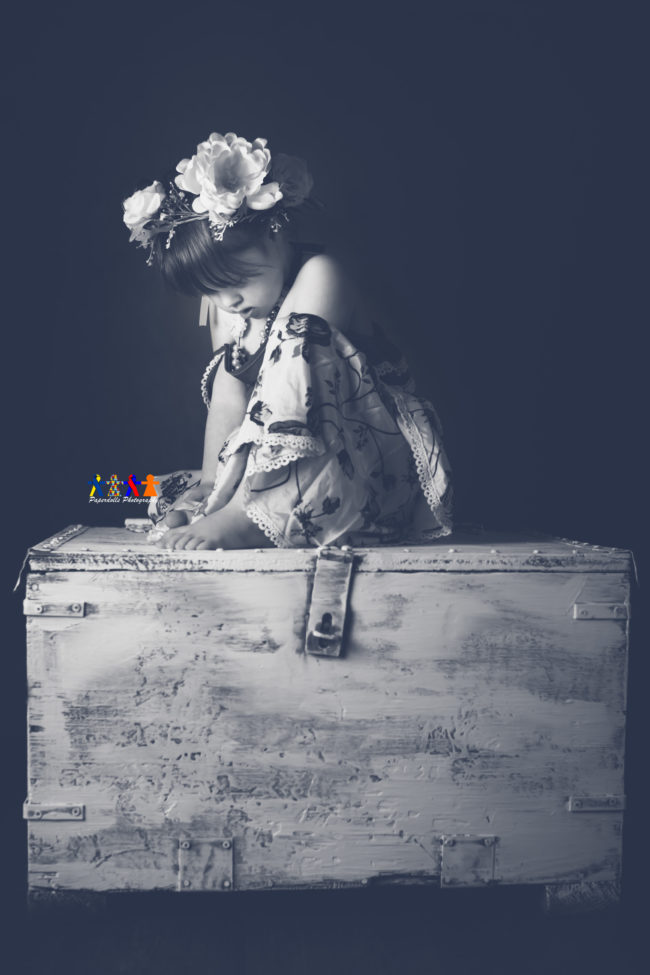 Within minutes of giving birth to my daughter, and just staring at her being in awe of her beauty and thanking God for my baby, the Lord taught me in a millisecond what unconditional love was. But that precious moment was abruptly interrupted by one of the nurses in the room. She came over beside me and scolded me for refusing the testing I was offered earlier in my pregnancy — as if bringing a ‘child like mine’ into this world was somehow an inconvenience to her.

I could not believe what I was hearing. Not quite the welcome wagon you’d imagine. I just wanted to hold and love on my daughter. 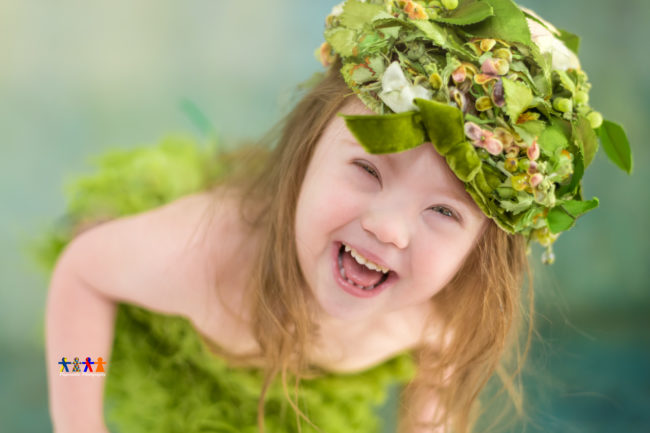 So you can imagine why I pictured Hannah in a darkened world of isolation where people label her like they do boxes because that’s EXACTLY what happened within the moments following her birth. I was immediately introduced to a world I never fathomed existed. One in which I’d have to fight for her and her friends just to have basic rights like everyone else. Rights that every HUMAN (because that’s what she is) should have, and be privy too despite how many chromosomes you have. 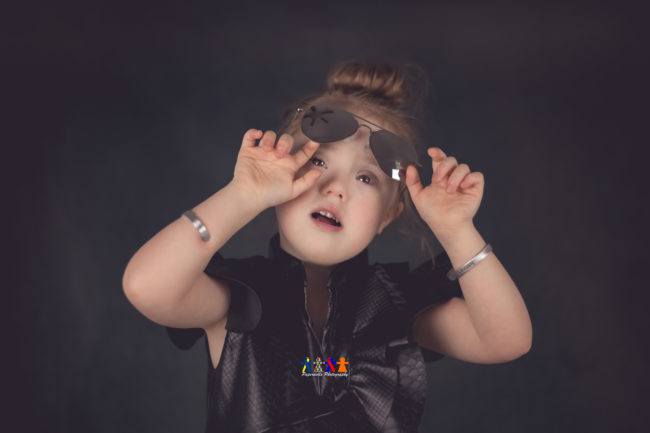 Families with children of all abilities fight invisible wars every day. These parents are the ‘invisible heroes’ of society trying to raise awareness to create a future in which their children are accepted for who they are instead of what others label them to be. I say “invisible” because we may be seen while being passed on the street, but our scars from the battles we take on are never truly evident by onlookers who don’t share the same bubbled world that we do. These are wars that most will never see or understand as I didn’t until my sweet girl came into this world — until I was made AWARE.

I didn’t know there was such a great need for advocacy for those of varying abilities until Hannah Grace was born. I’m not sure who came up with the ‘measuring stick’ used to judge my daughter’s life and worth with, but her life reflects so much more than how fast she is able to solve a math problem. If an IQ score is the basis by how we judge the worth of human life, God help us, because our world has a much bigger problem on its hands. 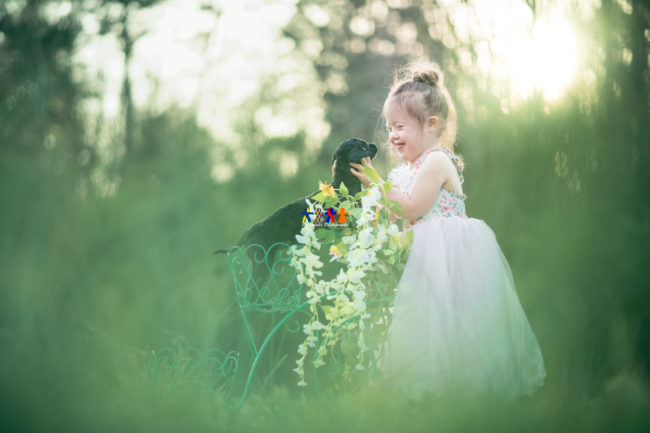 So a bit of advice to YOU over there with the proverbial measuring stick. I’m talking to the people who look at my daughter and stare as if she has three heads because her physical features aren’t on par with yours. To the person who instantly labels my precious girl and sums up the worth of her life per YOUR standards. Try closing your eyes and looking again. The problem is that you’re just looking at her with the wrong organ… Look with your heart instead of your eyes, and you’ll see much more clearly that she doesn’t have 3 heads at all, she just has 3 copies of her 21st chromosome.

It’s as simple as it is extraordinary. So please take your so-called ‘measuring stick’ and find another place for it, because regardless of what you think about my daughter and others who are differently abled, her Creator says she is “Fearfully and wonderfully made,” and His opinion is the only one that matters anyway, so just take His word for it. It’s as easy as treating my child the same way you would want others to treat YOURS. 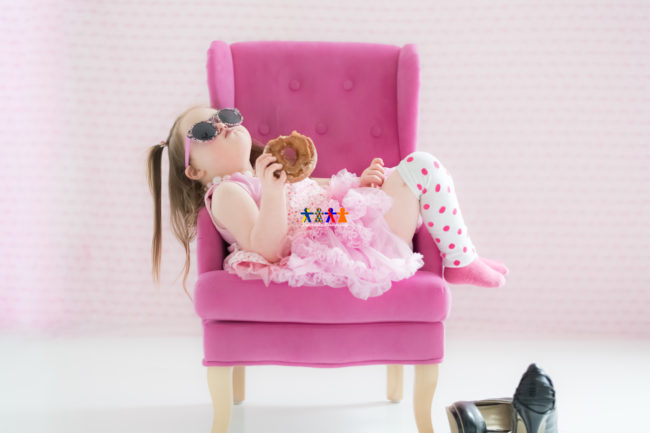 I am forever grateful for all of those who see my daughter and her life as equal. I am beyond blessed to know that she is loved and adored by so many, but there is still so much work to be done, so many lives to touch, and hearts to change. Hannah Grace doesn’t need society’s permission to live the life God so graciously gave to her. The flaw isn’t in her extra chromosome at all — it’s in the way you are CHOOSING to see it. So if you must measure a person… measure the one looking back at you in the mirror. Then when you’re ready to be our friend, we’ll just be over here eating donuts and living our best lives. 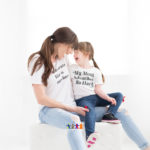 Stephanie Mullowney
Featured Creator
To become a globally published photographer only days after opening her business is an incredible feat in itself. But it’s … Read More

You may think you know Tiffany Haddish, the actress and comedian who currently hosts "Kids Say The Darndest Things" on ABC, but she showed the world a different side of...

11 Powerhouse Women Share The Role Models Who Have Shaped Them

When it comes to being a woman in this century, representation is important — and consequently, so are role models. In a society where most industries have been historically male-dominated,...