17-year-old Malyk Bonnet is being called a hero after he went to great lengths to help a kidnapped woman escape her captor. It all started when Bonnet stood waiting at the bus stop, ready to head home after finishing his shift as a restaurant cook. It was there that he noticed a couple on the street involved in an argument.

“The guy was screaming at her, the girl. He wasn’t really gentle with her, and I started watching.” Bonnet said. He described getting a funny feeling about the couple. “I thought he would hit her, so I approached them a little bit.” The couple asked Bonnet for bus fair and he volunteered the cash, but not without forming a plan.

Bonnet decided to pretend his destination was the same as theirs and take the bus with them. “My plan was to keep them in a public place, where there’s a lot of people. I decided to make myself friendly with the man, so he would trust me. So I played my game,” Bonnet said. 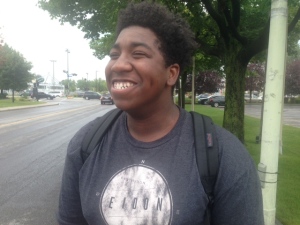 When Bonnet and the couple reached their destination, Bonnet asked if he could take them to dinner, not wanting to let the pair out of his sight. They agreed, and when the man stepped out of the restaurant for a cigarette, the woman told Bonnet that the man was her ex-boyfriend and he wasn’t allowing her to leave. Bonnet quickly went to the bathroom, borrowed a stranger’s phone, and called the police. It turns out, the police were already searching for the woman; her ex had a history of violence and they believed her to be in danger. Bonnet’s tip– along with his quick thinking and bravery– likely saved her life.

As if the story isn’t sweet enough as is, it turns out that Bonnet has had some run-ins with the law in the past, but now has a newfound respect for law enforcement. The photo below shows as his local police department applauds Bonnet after paying him back for the money he spent saving this young woman. 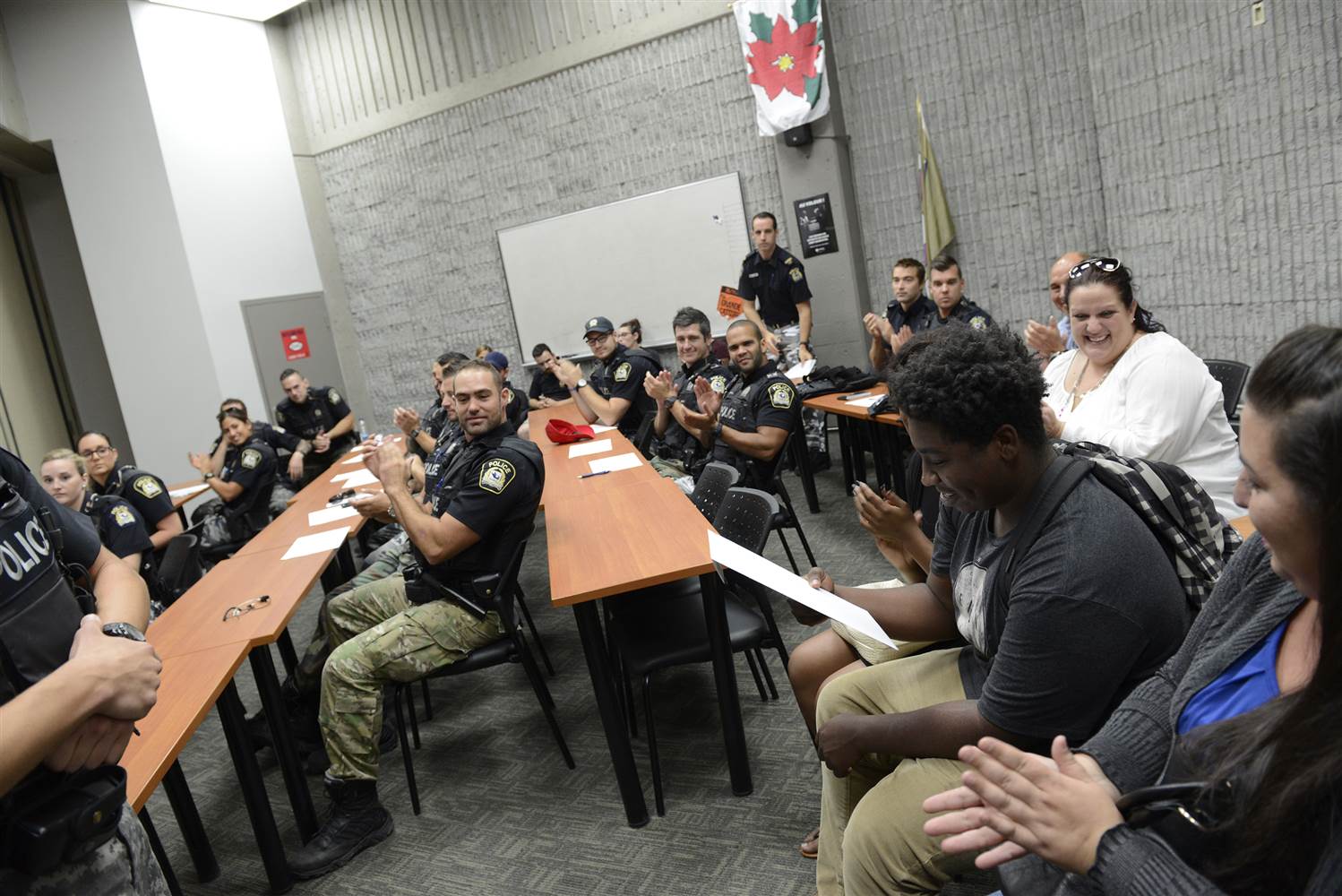 A happy ending for both Bonnet and the woman whose life he saved!