It’s one thing to lose a material possession; it’s another to lose a best friend.

The owner of a chocolate lab named Ruby ran inside a store for a moment one day while her sweet puppy stayed in an animal crate in the car. By the time she returned, she found her vehicle had been stolen — with Ruby still inside. Thankfully, two local police officers stopped by a few days later with the best news ever! 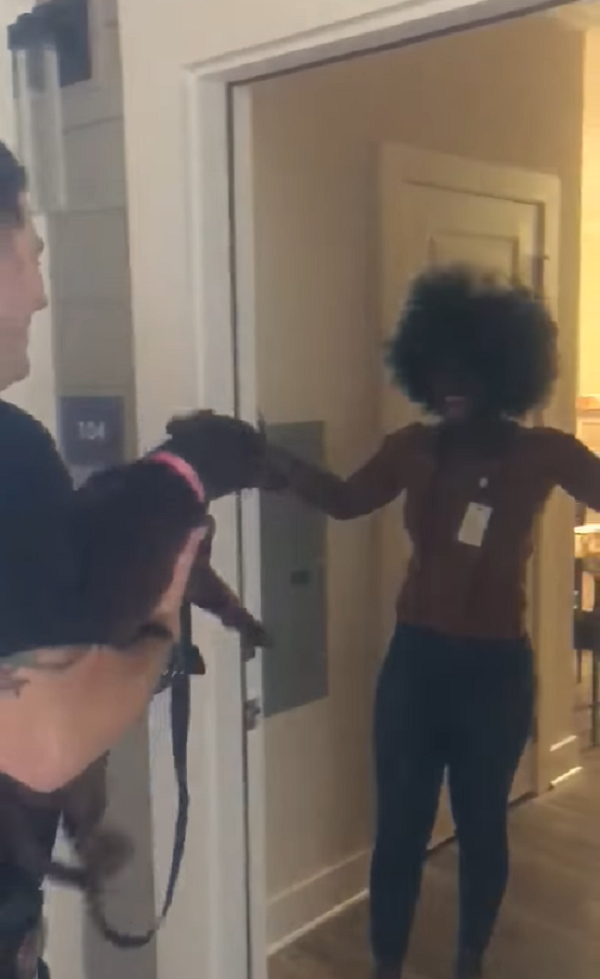 Detectives Albanese and Morell of the Charlotte-Mecklenburg Police Department knocked on the woman’s door in Charlotte, North Carolina, in February to reunite her with her adorable pet.

In a video of the beautiful moment, we see that as soon as she spots her dog, she excitedly cries, “Ruby!” As she takes the pup into her arms, Ruby’s little tail begins to wag furiously.

It’s hard to say who’s more excited to see each other after their scary ordeal. After a moment, the dog mom can’t contain her enthusiasm and begins to do one of the greatest happy dances we’ve ever seen! 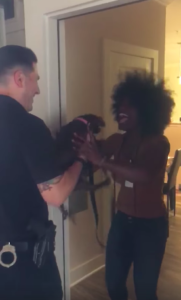 The police department shared their exuberant encounter on Facebook, and the heartwarming clip quickly went viral. How could it not? People everywhere have been thrilled to learn this sad story has the happiest of endings!

Not to mention, these police officers did an amazing job looking out for a member of their community. They even managed to return Ruby’s missing crate! 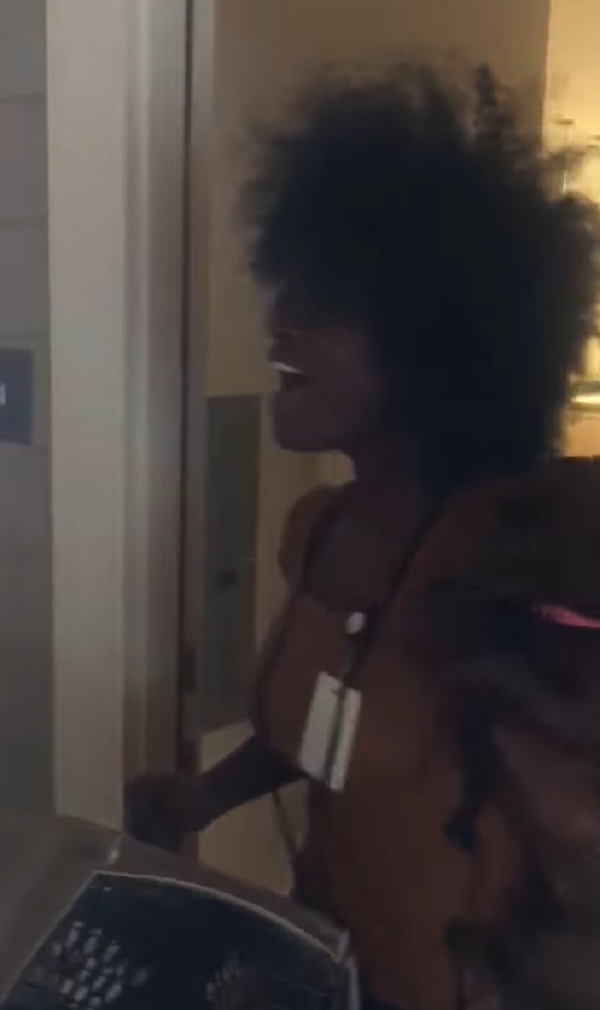 While cars and other material possessions can be replaced, our pets are one of a kind! We’re so glad this turned out wonderfully for Ruby and her beloved owner.

Watch the joyful reunion in the video below, and don’t forget to share this story with your animal-loving friends.