We share this planet with billions of other people. And just because we don’t follow someone else’s customs and beliefs doesn’t mean we can’t respect them.

Soccer fans in Jordan witnessed a beautiful display of that universal kindness during the WAFF Women’s Club Championship. 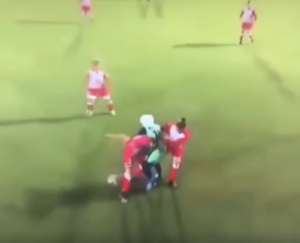 The competition is made up of teams from West Asian countries. This year’s tournament has seen players from countries including Jordan, Palestine, Bahrain, Lebanon, and the United Arab Emirates. 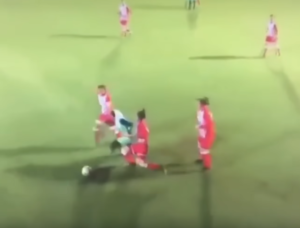 We’re happy to say the wonderful moment was caught on video! While attempting to dribble the ball past her opponents, an Arab Orthodox player starts to lose her hijab. For women who choose to wear the head covering, keeping their hair hidden is a key part of maintaining their modesty.

So the woman stops the moment she realizes hers has fallen off, bending over to hide her exposed head. And that’s when something amazing happens! One by one, her opponents come to her aid. 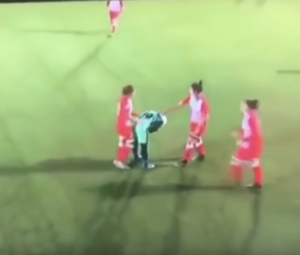 At first, just the three players who are closest to her huddle around her to hide her from sight. But then two others run over to complete the circle, concealing their opponent until her hijab is back in its proper position. 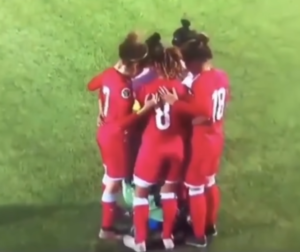 The crowd applauded the sweet act of kindness, and after the video went viral, millions of other people joined in!

As one person pointed out, the exchange just goes to show that “compassion is ingrained in humanity regardless of differences.” We’d all do well to keep that in mind! We don’t have to agree with each other to show kindness.

Watch as the players rush to support their opponent in the video below, and share to remind everyone to always respect other people.