Everyone deserves to look and feel their best.

As Shirley Raines said, “The lack of a home does not mean a lack of humanity.” That’s why the mom of six from Long Beach, California, has made it her mission to bring dignity, beauty, and friendship to Skid Row. 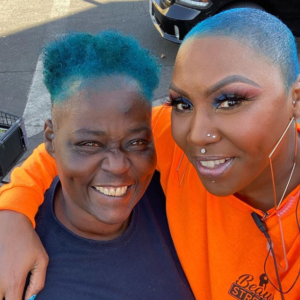 Shirley understands hardship. She nearly lost her home and herself after losing a child. Thankfully, she found hope and purpose in providing meals and building relationships with Skid Row’s homeless population.

She also learned that she shared some of the same interests with the women she met — namely, hair and makeup.

That gave her an idea. Everyone should feel beautiful and be seen for more than their circumstances, so she started a nonprofit called Beauty 2 The Streetz to make it happen. 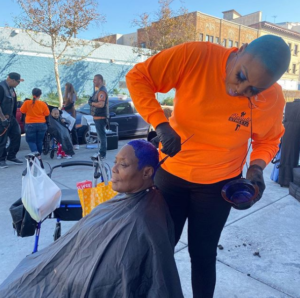 Every Saturday, Shirley and her team of volunteers travel to Skid Row to offer food, showers, haircuts and dye jobs, and makeovers. They’ve been at it for more than three years now and have given hundreds something to look forward to each week. 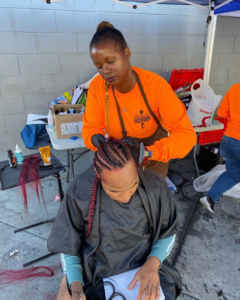 Even more meaningful are the connections they form with the people they meet. During those precious hours, nothing comes between them. They’re all just people — and dear friends. 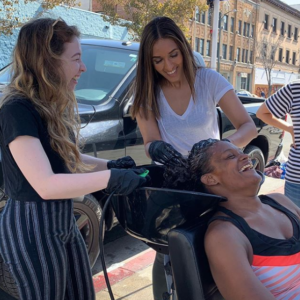 Shirley’s goals are to raise awareness and change the face of homelessness — for those with and without a safe place to stay.

“They look in the mirror, and see something other than homelessness,” she said. “It just brings them back to who they were.” 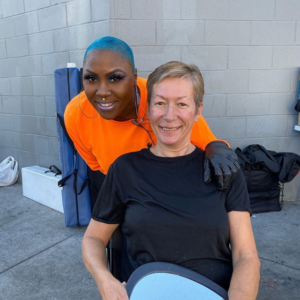 Thank you, Shirley and everyone else involved, for treating your neighbors with kindness and respect. The world needs more people like you!

Help Shirley make an even bigger difference by volunteering or donating here, and share this story with your friends to spread the word.