All great sports teams make a point to give back to their fans. For the New Jersey Devils, that meant handing the reins to their smallest supporters.

During their recent game against the Florida Panthers, the hockey team hosted a “Kids Day” event, in which one player brought his son to the rink, while another did an interview with a kid reporter. But what really made the day great were the player introductions! 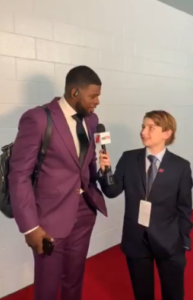 Normally at the beginning of a game, videos are projected onto a screen to introduce every player and hype fans up. But in keeping with the theme, the Devils came up with a perfect alternative: handmade portraits. 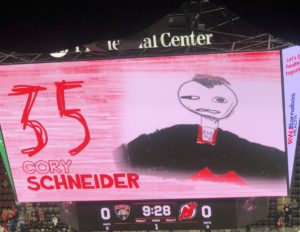 Some talented kids grabbed colored pencils and used them to capture each player’s likeness. The results had everyone cracking up, including team reporter Amanda Stein, who shared photos of the stellar artwork on Twitter. 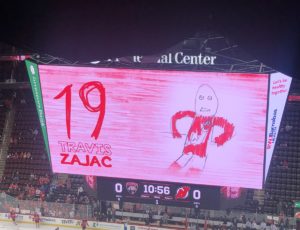 “It’s Kids Day here for #NJDevils, and during player warm-up introductions, the team is featuring kid-drawn pictures of players,” she wrote. “And it is amazing and hilarious!” 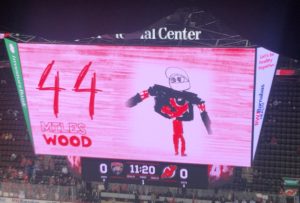 The drawings were such a hit that fans are demanding more. “This is such a cute idea!” one person wrote. “This should be implemented for all professional sports.”

Another summed it up with the statement: “This is just good old happy, wholesome fun, and I LOVE IT.” 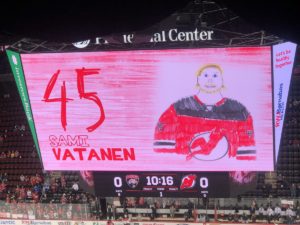 To add a cherry on top of all the adorableness, a boy named Lucas announced the players as their lifelike images were displayed.

While the Devils ultimately lost to the Panthers that night, fans were still left smiling because of the giggle-inducing artwork. 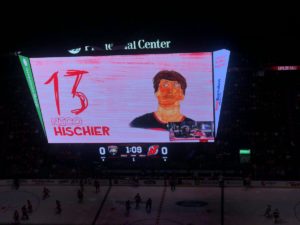 We love it when organizations get creative and go out of their way to give back to their loyal fans (and everyone else)! After all, who doesn’t love a good introduction?

Watch Lucas announce the team in the video below, and share to spread the smiles to more sports fans.

Tough loss today, but Kids Day at The Rock was a huge success. Shout-out to @bronc53 & @ellllliecarl for finding and guiding our Junior PA announcer Lucas. Awesome job all around! #NJDevils pic.twitter.com/3TzDvOu1bj