“Today my faith in future generations was restored!!” That’s how waitress Nicole Marie started a Facebook post about a Friday-night shift at Milford, Michigan’s Red Dog Saloon that took a heartwarming turn.

It all started when a pack of seven 6th-grade boys sat in her section and ordered wings. She didn’t spot any adults with them, so she asked if they were there alone. “They said, ‘Yes and we’ve been looking forward to this for weeks!’” Now, a pack of middle school boys sans chaperone might be most servers’ nightmare, but Nicole was in for a surprise.

“They were so excited and were extremely polite the whole entire time, using ‘please’ and ‘thank you’ and trying to make it as easy as possible for me to get their order,” wrote Nicole. “One of the boys even told his friend to get off the phone when I was talking to them! It was so heartwarming to see how much they were trying, especially when there were no parents around to scold them if they weren’t on their best behavior.”

It turns out, Nicole wasn’t the only one who noticed their good manners. “A neighboring customer ended up picking up their tab and telling them to pay it forward!” 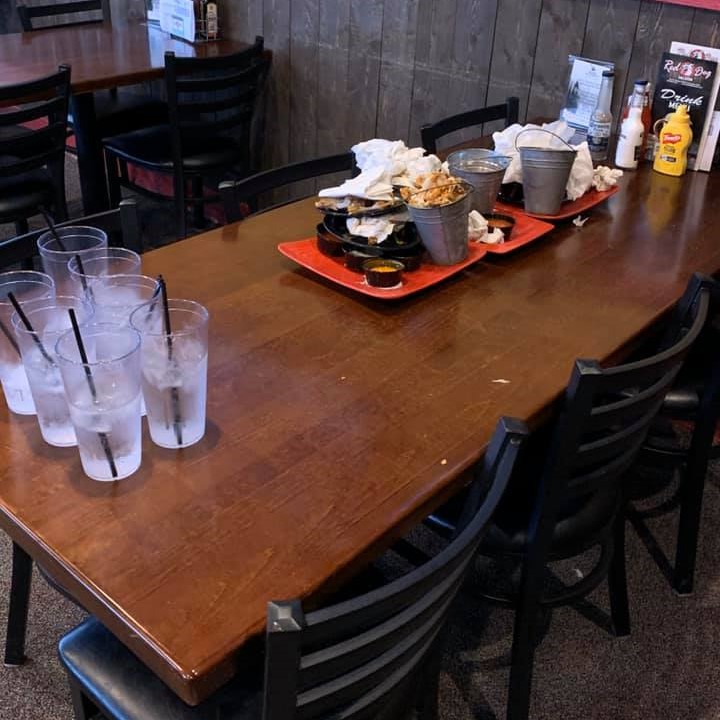 As evidence of this special encounter, Nicole posted a photo of how the boys left their table: carefully cleaned and organized. Nicole said she’s been working at the Red Dog Saloon for 10 years, but she’d never seen anything quite like this.