Some of us have a hard time communicating emotions, but there are moments when our feelings become too intense to ignore.

Members of the Lyon College football team in Batesville, Arkansas, recently experienced this when they learned one of their coaches, Kris Sweet, was battling cancer. After he lost his hair, the team wanted to show their support in a tangible way, and they found the perfect expression of solidarity! 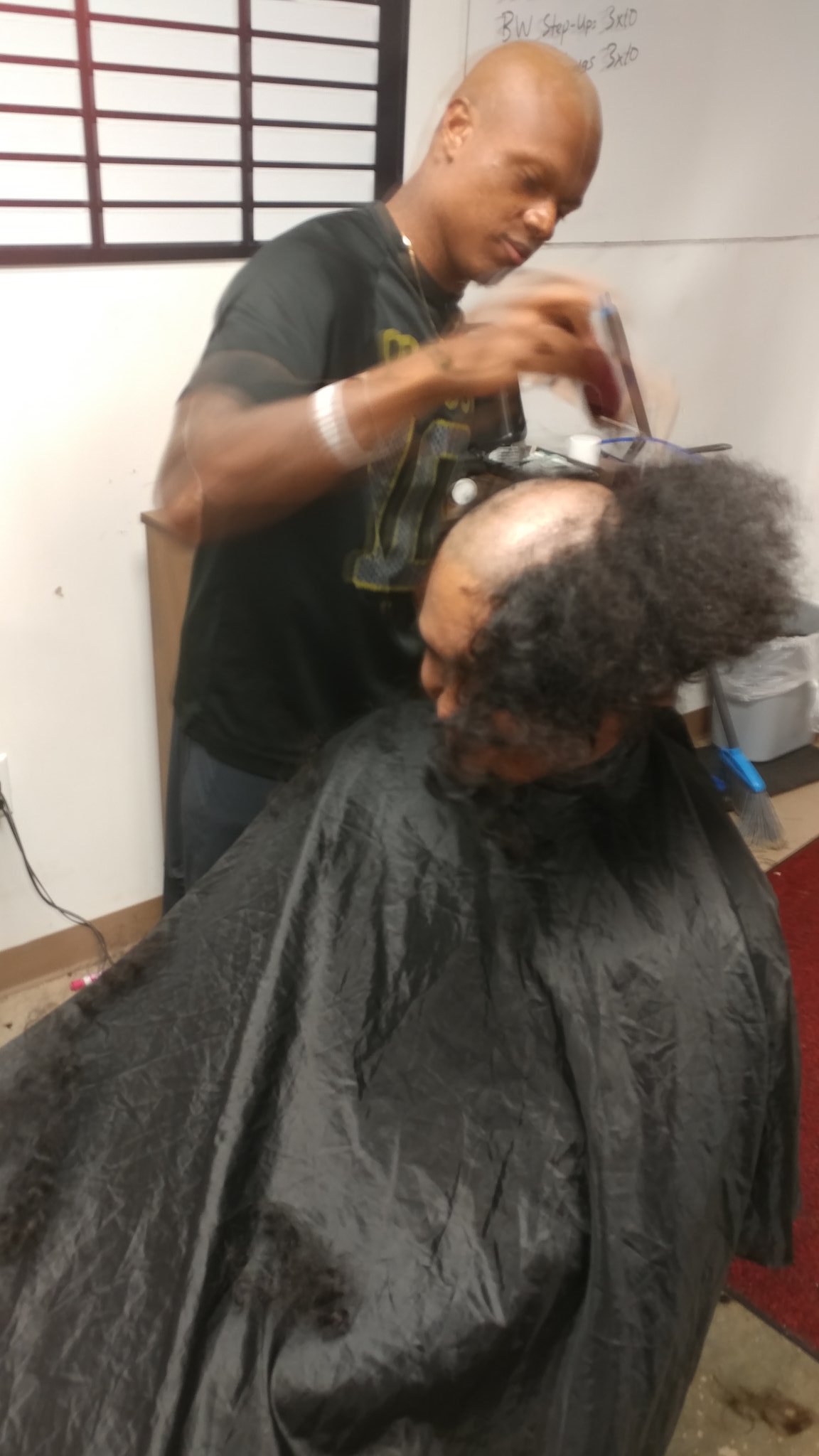 Without telling Kris what they had planned, all his players lined up to have their heads shaved. The next day, the encouraging team entered a room where they found their coach sitting on a bench.

One player records the moment when Kris sees that everyone is now as bald as he is. He quickly realizes what they’ve done for him and is obviously touched, but he keeps his composure as he stands up and silently regards the young men before him.

“It’s all for you, Coach,” one player says quietly as he leans in for a hug. 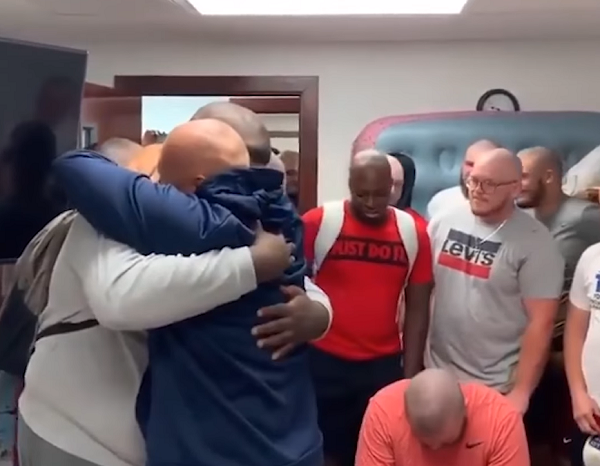 Then the rest of the players take turns embracing their coach. Everyone is clearly caught up in the emotional encounter because despite how many people are present, you can hear a pin drop. It just goes to show that sometimes we don’t have to speak many words to show how much we care.

Another coach, Calvin Powell, shared the sweet moment on Twitter, writing, “When @LyonScotsFball players say they got your back it’s not just talk.” 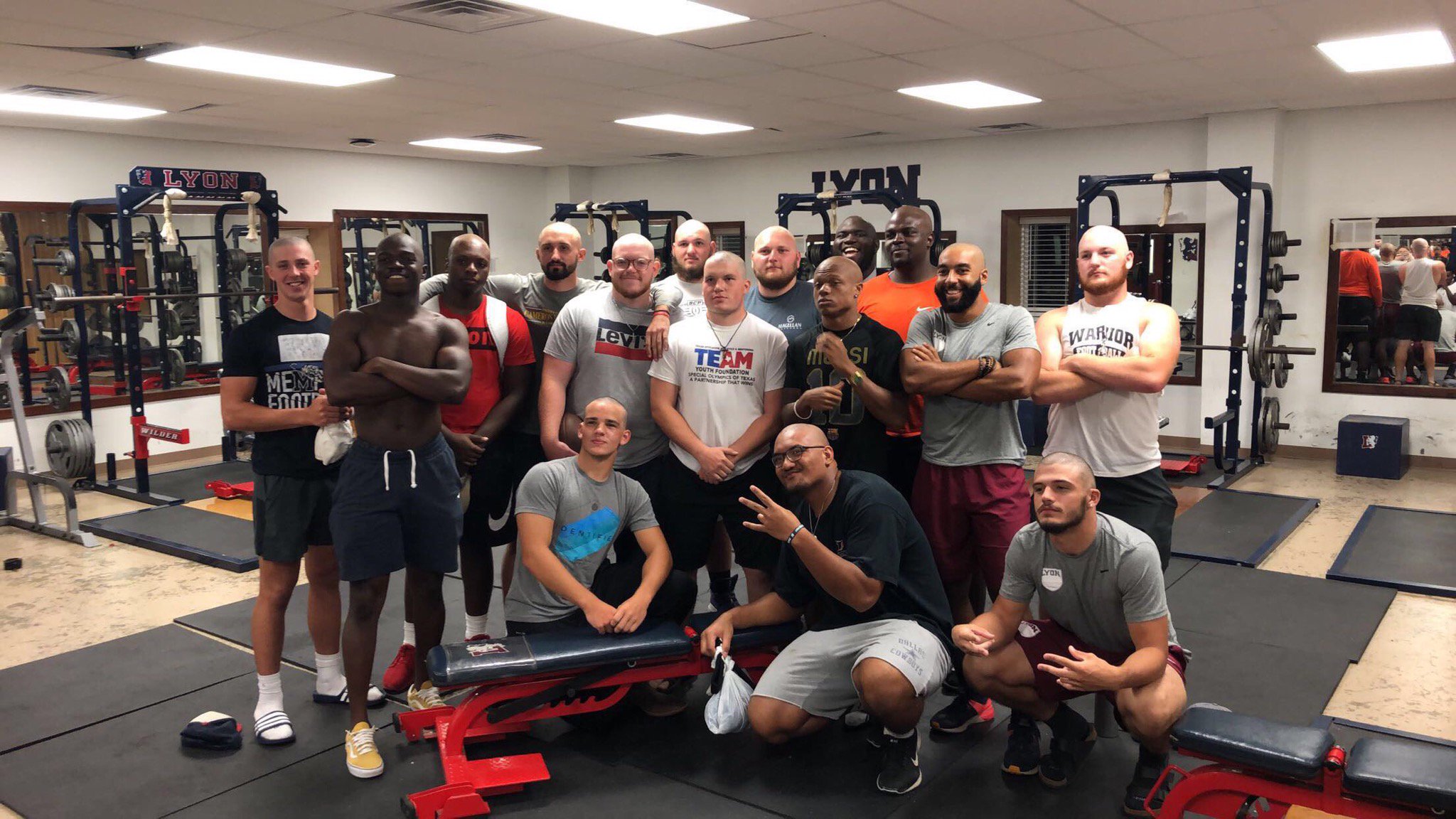 Although Kris’ future is uncertain, it must give him comfort and strength to know he’s got so much love around him. It’s all because these young men showed their true colors and found a beautiful way to show their coach he’s not fighting alone. And like everything else this football team does, they’re in it to win it.

Watch the emotional video below, and don’t forget to share.

"It's all for you, coach": Members of an Arkansas college football team surprised their offensive coordinator, who was recently diagnosed with cancer, by shaving their heads in solidarity.One by one, players on the Lyon College squad lined up to share a hug with coach Kris Sweet. "We appreciate you, coach," they told him. https://abcn.ws/32igecz