You’ve seen the footage and still images before: a lion hunkered down in a stalking stance, just its eyes and the tips of its ears visible above tufts of dried grass in the African plains. Its gaze is singularly focused, waiting for just the right moment to sprint out from its cover to pounce on an unsuspecting wildebeest. 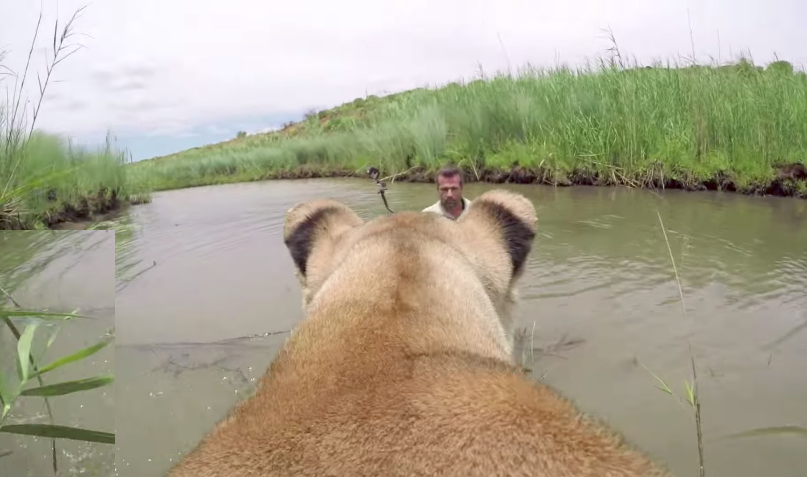 Anyone but Kevin Richardson would probably see their lives flashing before their eyes. 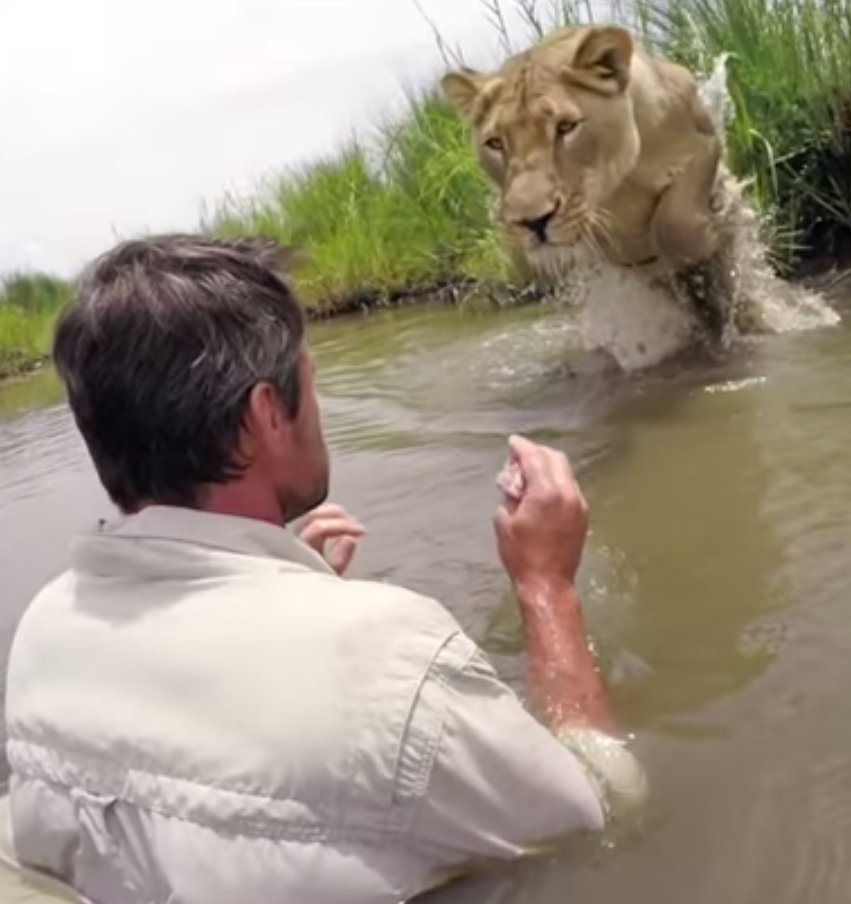 But instead of killing him with one deft swipe of her paw, the lioness, Meg, takes a few steps into the river, then leaps into his arms. 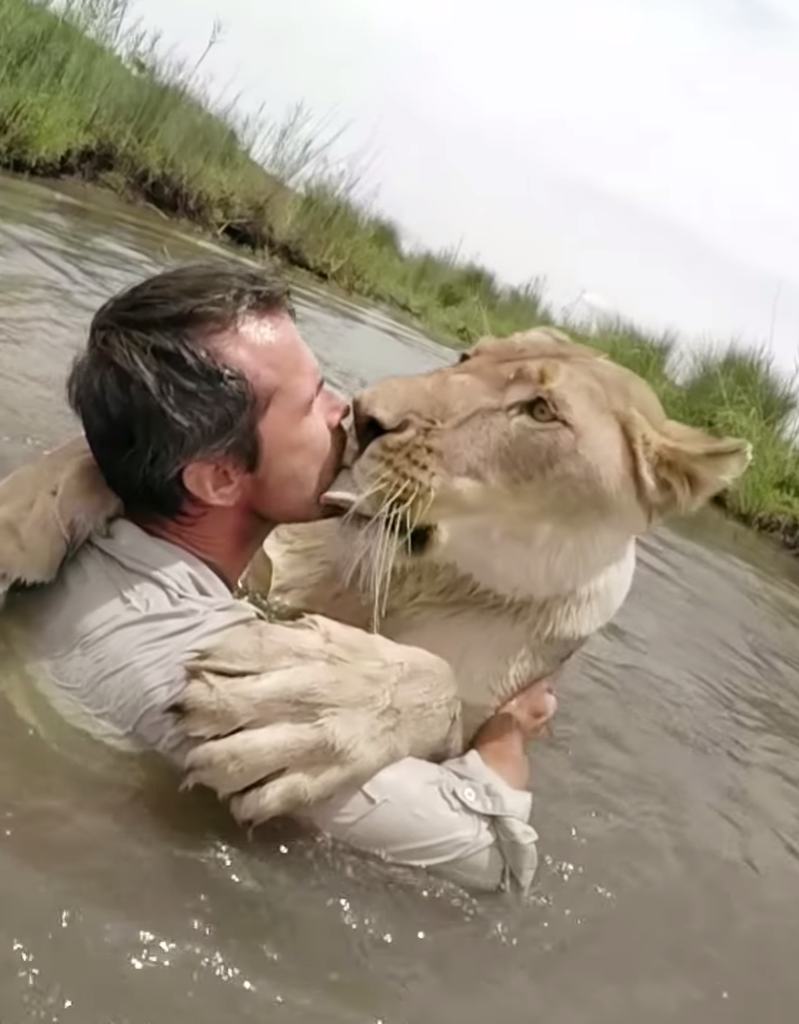 That’s because Kevin, aka The Lion Whisperer, has built a lifelong relationship of respect and trust with Meg and her sister Amy. They were abandoned as cubs by their mother, left in a watery ditch to fend for themselves. Kevin took them into his sanctuary about an hour northeast of Johannesburg, South Africa. 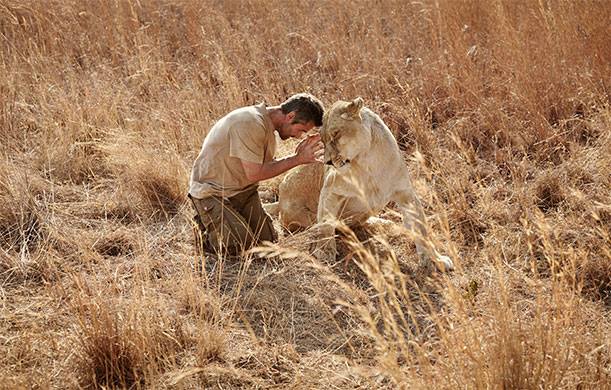 “I firmly believe that if I never had got Meg and Amy back, that they would have ended up in some shape or form in the canned lion-hunting market,” says Kevin.

He founded the sanctuary with the goal of reducing the number of large carnivores held in captivity and ultimately, banning the practice altogether — along with the “canned” hunting industry. 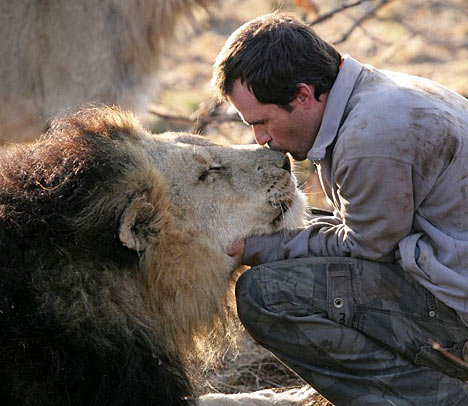 The nearly five-minute-long video below was created in memory of Cecil, a famous and much-beloved lion with a trademark, black-fringed mane who lived on a reserve in Zimbabwe. 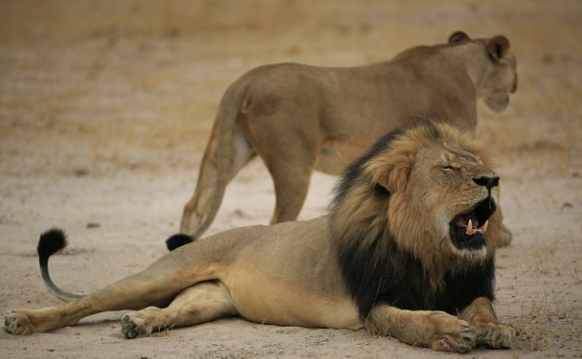 Outrage flowed in from around the world in July 2015, when he was killed by an American recreational big-game hunter.

Watch the video below to see Meg and Amy roaming around their preserve, and share if you agree they and other large carnivores should be free to live their lives as nature intended!