Throughout the history of talent show competitions, no other act has come close to the remarkably unique artistry of Kseniya Simonova.

Growing up in Ukraine, Kseniya found she had a knack for drawing, but her real passion began burning when she discovered a different medium with which to express herself. “When I found sand, it was like my second hand,” she said. From there, she began telling stories through a combination of intricate sand art and music. 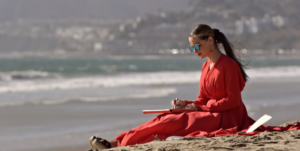 Kseniya, a stay-at-home-mom by day and devoted artist by night, never imagined her work would reach farther than her small town. But in 2009, she rose to fame when her husband secretly signed her up for “Ukraine’s Got Talent.” The audience and judges alike were enraptured by her awe-inspiring performances, which went viral worldwide and won her the competition. 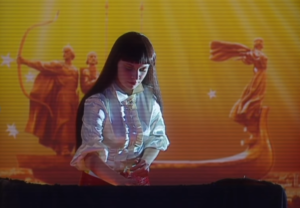 The performance artist just found herself back in the spotlight during her first trip to America. Appearing on “America’s Got Talent: The Champions,” Kseniya took everyone’s breath away once again with her beautiful animation. 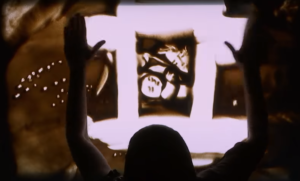 She used her hands to tell a heartbreaking story about an artist who fell out of touch with his parents, only to realize it was too late when he sought them out to reconnect. Each second, Kseniya creates detailed, temporary scenes, then wipes them away before moving on to the next. 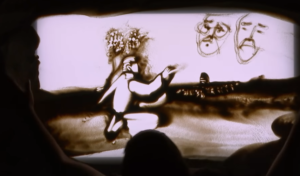 When she finished, the judges had nothing but praise for her. “You are one of the best contestants we’ve had over the years from all over the world,” Simon Cowell said.

“In my mind, tonight, you are the champion,” Howie Mandel added. 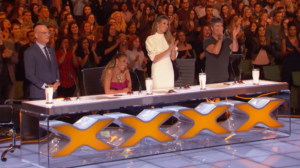 All four judges had already used up their buzzers at that point, but one person had the power to advance her to the final round. Host Terry Crews crashed the judges’ tables, proclaiming, “I have never been more impressed with the ability to move people the way you did today.” That’s when he slammed his own golden buzzer — the last of the season! 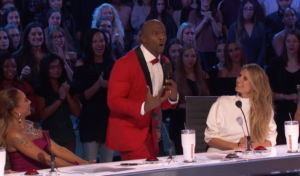 We’re so happy Kseniya got the recognition she deserved! As Crews said, she’s not just talented; she has an incredible ability to touch other’s hearts with her creations.

Watch her golden-buzzer-winning performance below, and don’t forget to share her amazing art with the world.