Friends can make any situation easier — even quarantine!

The Australian Reptile Park in Somersby, New South Wales has been shut down during the novel coronavirus lockdown period, but life for the animals who live there hasn’t changed all that much. Zookeepers still show up each day to feed and care for the animals, including a sweet koala named Elsa. 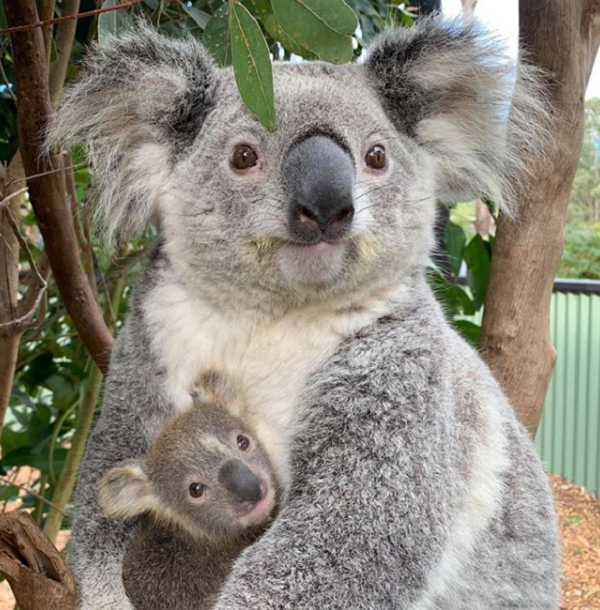 Elsa was born at the zoo a year ago, but her mother came down with mastitis so the zookeepers had to take over her care from an early age. She was hand raised by one of the zookeepers. The koala earned a little bit of internet fame recently when she gave birth to a baby of her own, a cute little girl named Ash. Now Elsa is winning over internet fans yet again by befriending a rather unlikely zoo mate. 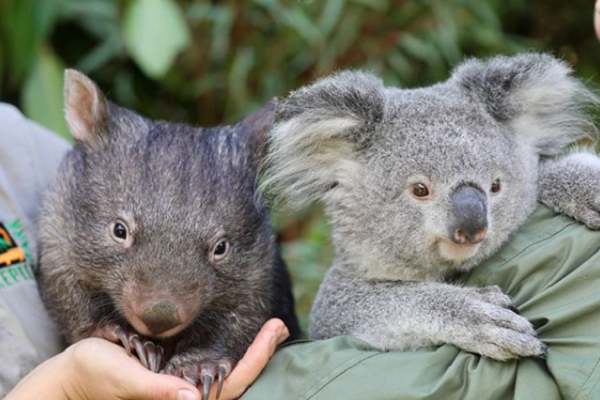 Hope was brought to the zoo as a rescue after her mother was hit by a car. Wombats and koalas share a few common traits, but are otherwise very different and wouldn’t likely interact in the wild.

“Both marsupials with pouches. Give to birth to live young that stay in the pouch for the first six months. Both herbivores,” Dan said, but that’s where the similarities end. “Koalas are mostly arborial (lives in trees) and wombats dig burrows in the ground for shelter. They both have long claws but wombats use them for digging and koala use them for clinging to trees.” 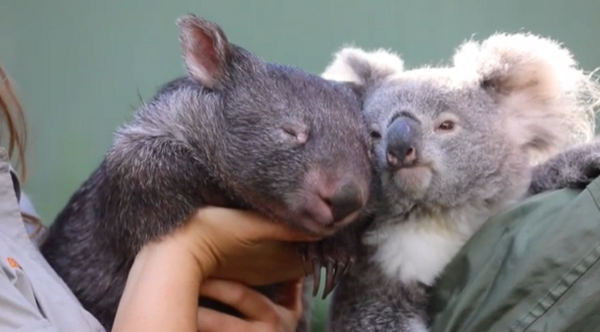 We think Dan forgot to add “both look like adorable teddy bears!” In a short video uploaded to the zoo’s social media pages we get to see Hope and Elsa’s adorable friendship at play. The pair are inseparable and love to cuddle with one another. Even these veteran zookeepers were shocked to see them starting to bond during the daily habitat cleanings.

“We were quite surprised to see the friendship forming! Although as a species, the wombat and the koala are related, it’s unusual to see them interact like this!” Dan said. 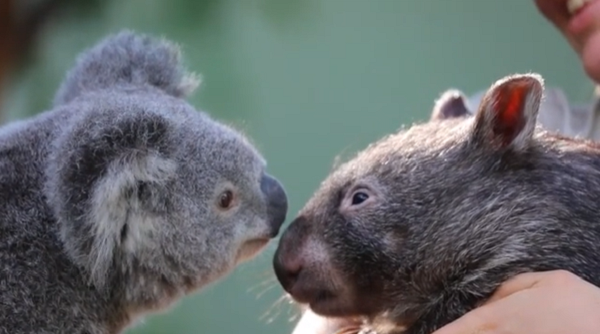 We’ve seen lots of animal friends on the internet, but these two are simply too cute! We’re adding “snuggle with a koala and a wombat” to our bucket list, how about you?

Watch the video of Elsa and Hope below, and be sure to share.

A post shared by Australian Reptile Park (@australianreptilepark) on Jun 2, 2020 at 1:00am PDT