Love is a powerful force.

Shanell Jones of Fayetteville, North Carolina, realized that the moment she first met her daughter Kinley. No matter how difficult things have seemed since then, the single mom has never stopped believing in her little one — who is now inspiring the world! 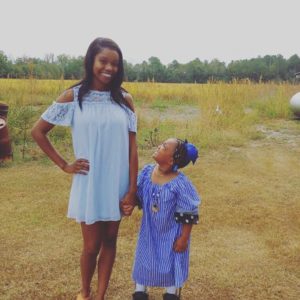 When Kinley was 2, she was diagnosed with cerebral palsy. Paired with her epilepsy, doctors recommended that she use a wheelchair, but Shanell refused to believe that her daughter wouldn’t be able to walk.

“I’ve always been the type of person to prove somebody wrong, and she has it in her to do the same thing,” she said. “That was just No. 1 on my list, priority. No matter what, she’s going to walk.”

Fortunately, Kinley had the perfect support system to make that happen! Shanell’s dad bought her a miniature treadmill, while Shanell helped her jump on a trampoline to strengthen her legs. 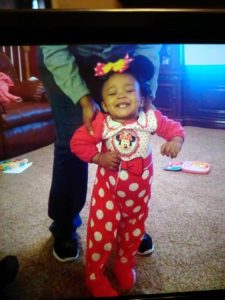 Ever so slowly, the little girl worked her way up to using a walker. By the time she was 3, she was able to take her first steps!

In January 2019, Shanell shared a video of Kinley’s incredible milestone on Facebook. In the clip, we see that the toddler is wearing a special support device on her legs. At first, she struggles to stand on her own, but with Mom’s help (and some tasty motivation), she puts one foot in front of the other.

By the way her adorable face lights up when she succeeds, it’s obvious that she couldn’t be prouder of herself!

The video went viral, and family and friends celebrated her accomplishment with total strangers.

They were still cheering her on exactly one year later when Shanell shared another video of her daughter’s remarkable progress. This time, the 4-year-old follows her mom across a parking lot with ease — and a radiant smile! 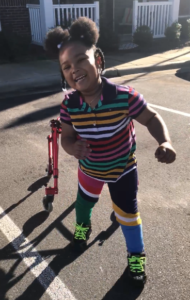 After the video received millions of views, heartfelt responses came pouring in from people around the world!

“It brings joy to my heart that my daughter is bringing hope,” Shanell told GMA. “People reached out saying, ‘I didn’t feel like my child was ever going to walk, but this video helped me have faith.'” 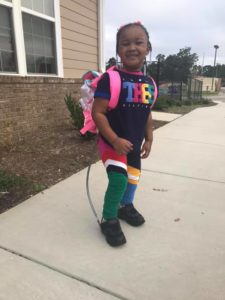 With such an incredible support system, nothing can hold this little one back! Keep believing in yourself, Kinley. Your mom sure does.

Watch the unstoppable toddler take step after step in the video below, and share her story to encourage your friends!