The Black Lives Matter movement is sparking action across the country as millions join the fight against racial injustice.

Kaitlyn Saunders, known to her fans as “The Skate Kid,” is a talented athlete with Olympic dreams. The 9-year-old is also one of the movement’s youngest (and biggest) supporters. As such, she decided to use her gift to honor protesters making their voices heard in Washington D.C. 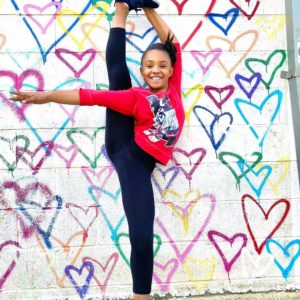 On June 5, a section of 16th Street NW was ceremonially named Black Lives Matter Plaza, while a mural was painted on the road. A few days later, Kaitlyn and her parents woke up early and made their way to the area, where the little girl began skating in tribute.

“A week ago, the D.C.’s Mayor Bowser @mayor_bowser had the words Black Lives Matter painted on 16th street in front of the White House,” Kaitlyn wrote on Instagram. “She said her hope is that we can all speak up and protect each other. I wanted to share my hope for the future.” 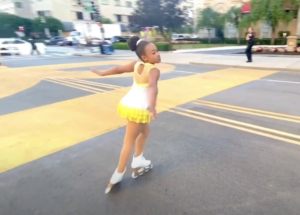 At 5:30 a.m., the protesters were gone, but their message shone through Kaitlyn.

Her parents recorded a video as she turned, twirled, and glided through the street in a figure skating routine to Andra Day’s “Rise Up.” Not long after, they shared the clip online and it went viral.

“I’m so proud she was able to express herself in this way,” Katrice Saunders, her mom, said. “It’s wonderful to see all the hearts touched and support on social media.” 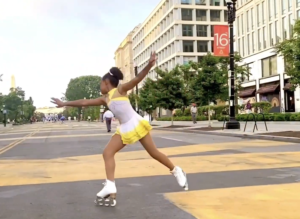 But Kaitlyn insists that she’s the one who’s inspired!

“It was just amazing that I could skate at a place that’s historic, where thousands of people protested and tried to change the world,” she told NBC Washington. “I think it’s amazing how people can change the world by doing such little things like making a skating routine.” 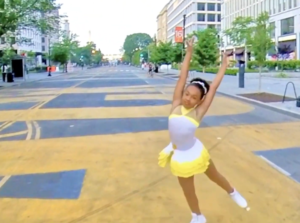 Talk about talented! The way Kaitlyn conveys emotion while she’s skating is so moving. We have no doubt that one day her Olympic dreams will come true. In the meantime, she’ll keep using her gifts to open hearts and minds.

Check out the beautiful performance in the video below, and share this story to support the Black Lives Matter movement.

This 17-Yr-Old’s Hyper-Realistic Drawings Are Leaving Everyone In Awe.

There's detailed and then there's hyper-realistic. Mayor Olajide's drawings, which are made entirely of charcoal, fall into the latter category. In each masterpiece, you can see every minute detail —...