Letter writing may seem like a lost art to many of us, but for Emerson Weber, it’s a way of life.

Emerson is a fifth-grader from Sioux Falls, South Dakota. Hugh Weber, her dad, said the 11-year-old “has a serious letter writing habit” and sends dozens of notes to her pen pals each week. 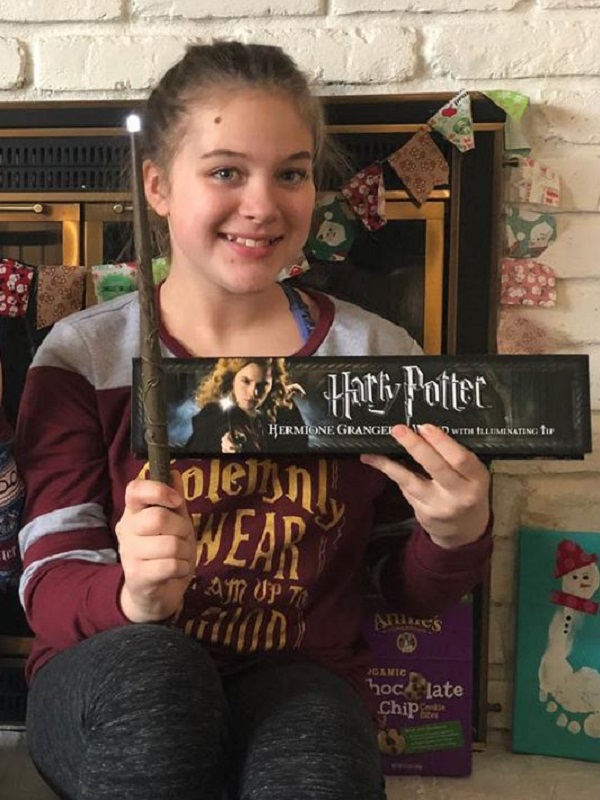 She pours her heart out in these simple homemade gifts, often including jokes, drawings, stories about her little brother, and even starstruck words of praise for Taylor Swift, her favorite celebrity.

“If you’ve been the lucky recipient of one of Em’s hand-decorated letters and envelopes, then you have a pretty good idea of the joy they bring,” Hugh wrote on Twitter.

When the COVID-19 lockdown began, Emerson found herself with more time than usual to pursue her favorite hobby. One day, she decided to write a special thank-you to Doug, their mail carrier, for helping everyone stay connected. 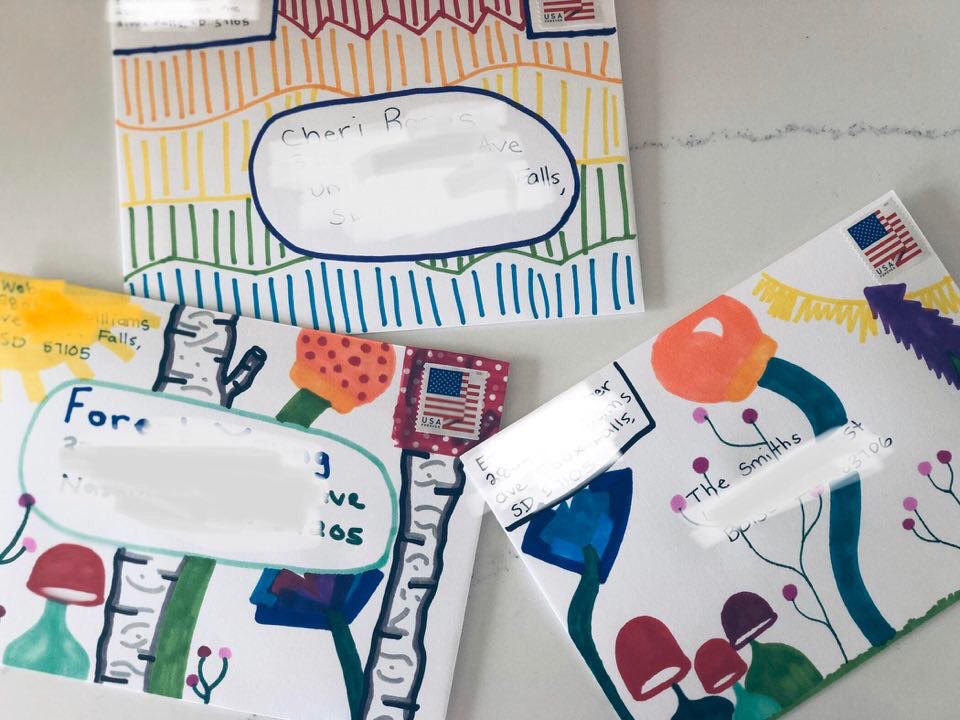 “You may know me as the person that lives here that writes a lot of letters and decorated the envelopes,” she said.

Well, I wanted to thank you for taking my letters and delivering them. You are very important to me. I make people happy with my letters, but you do too. The reason you are very important in my life is because I don’t have a phone, so how else am I supposed to stay in touch with my friends? You make it possible!

Emerson gave Doug the letter and was thrilled to receive a reply from him the very next day. Not only that, but she also got a sweet note from Doug’s supervisor Sara. Both of them included some stamps to help Emerson do what she loves best! 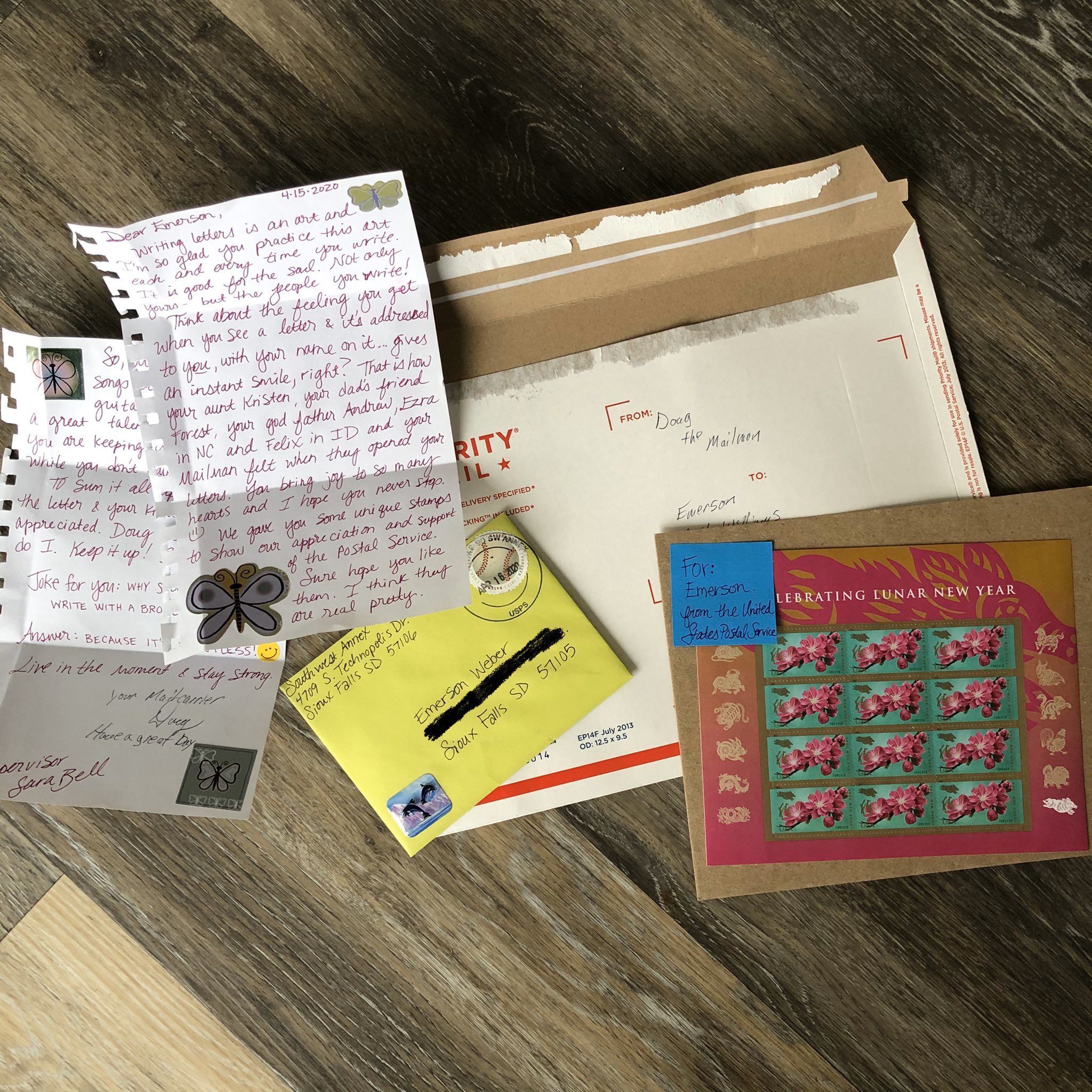 Little did Emerson know, the avalanche of gratitude heading her way was just getting started!

Moved by the 11-year-old’s powerful words, Sara showed her letter to postal carriers across the Western U.S.

Later, Hugh and his wife received a note of their own, in which someone thanked them for raising such a considerate daughter. The next day, Doug showed up with two huge boxes of letters from postal workers all over the country! 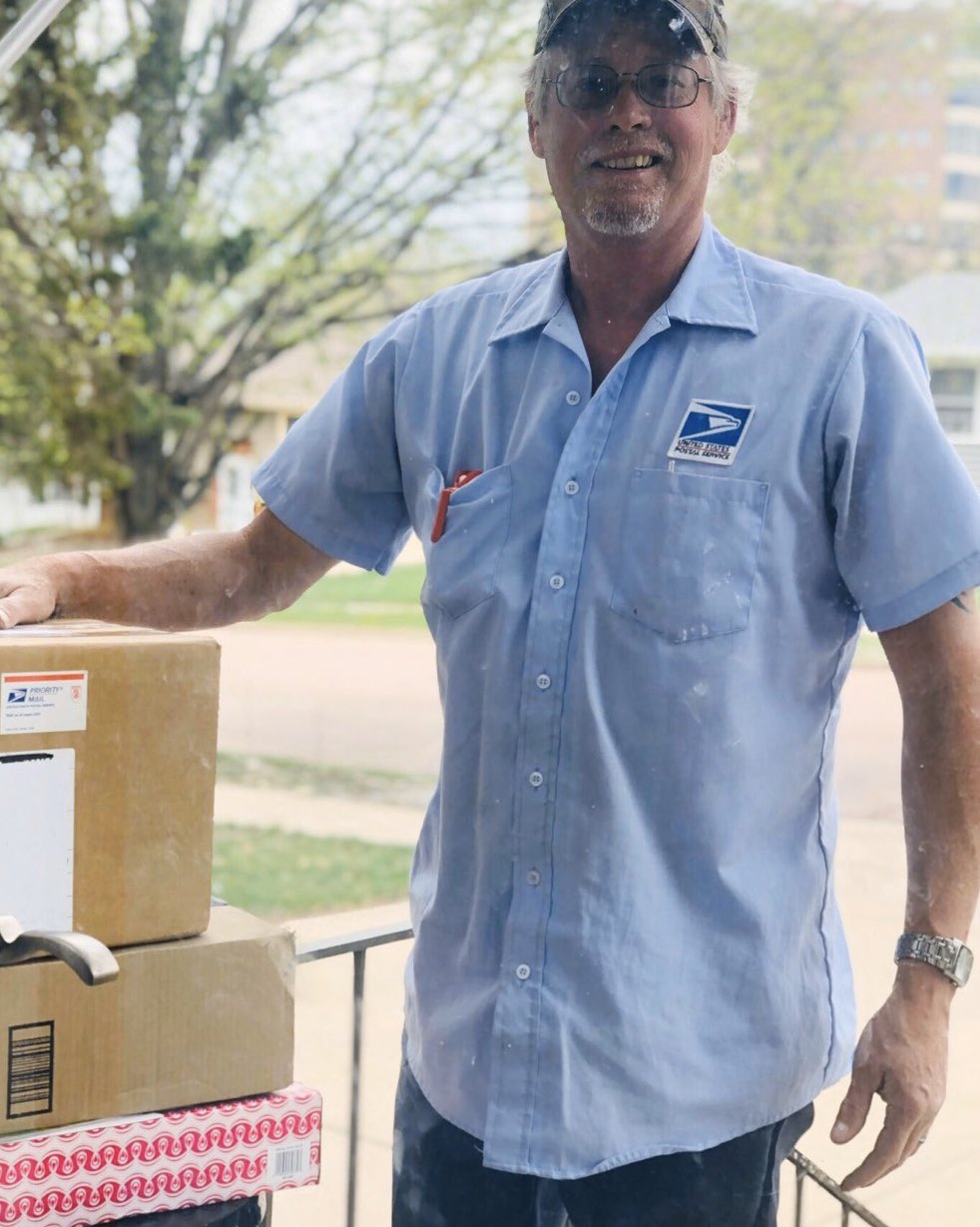 “These letters are so deeply human,” Hugh said later.

They are filled with family, pets, hobbies, community, and an overwhelming sense of kindness. Because Em was fully vulnerable, they were too. Em shared jokes, so they shared jokes. Em shared her brother, so every gift that was sent came in duplicate. Em shared @TaylorSwift13 and it turns out that the U.S. Postal Service is filled with lots of undercover Swifties.

At the end of the day, Emerson received more than 218 stamps, including a rare set from a personal collection. 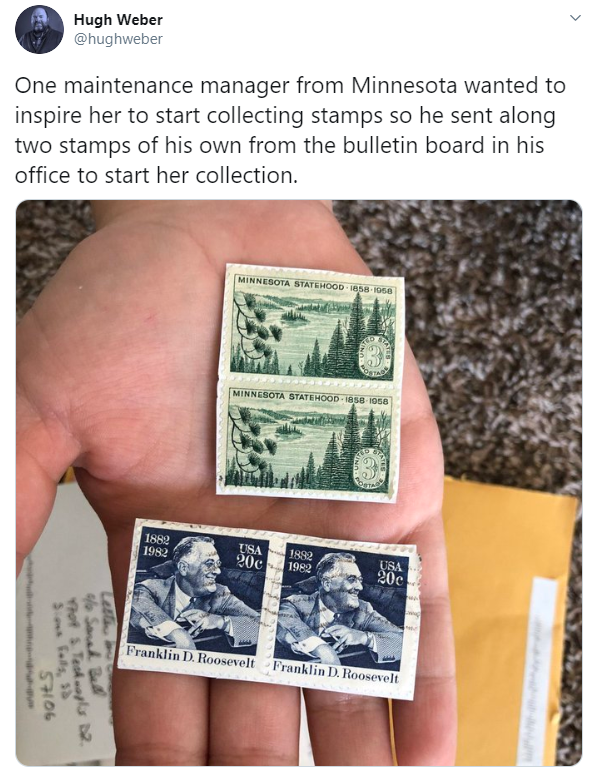 As Emerson and Hugh went through the letters, Hugh noticed something. “People felt seen — some for the first time in a long time,” he said.

‘I work alone in a small rural post office.’ … ‘My kids all live far away.’ … Another, ‘I have a son in Kuwait, and if you have a second to send him a letter he would love it.’ And another, ‘I know you can’t write back to all of us, but maybe I can drop you a line from time to time?’

After hearing their heartfelt words, Emerson sat down and began writing every single one of them back! 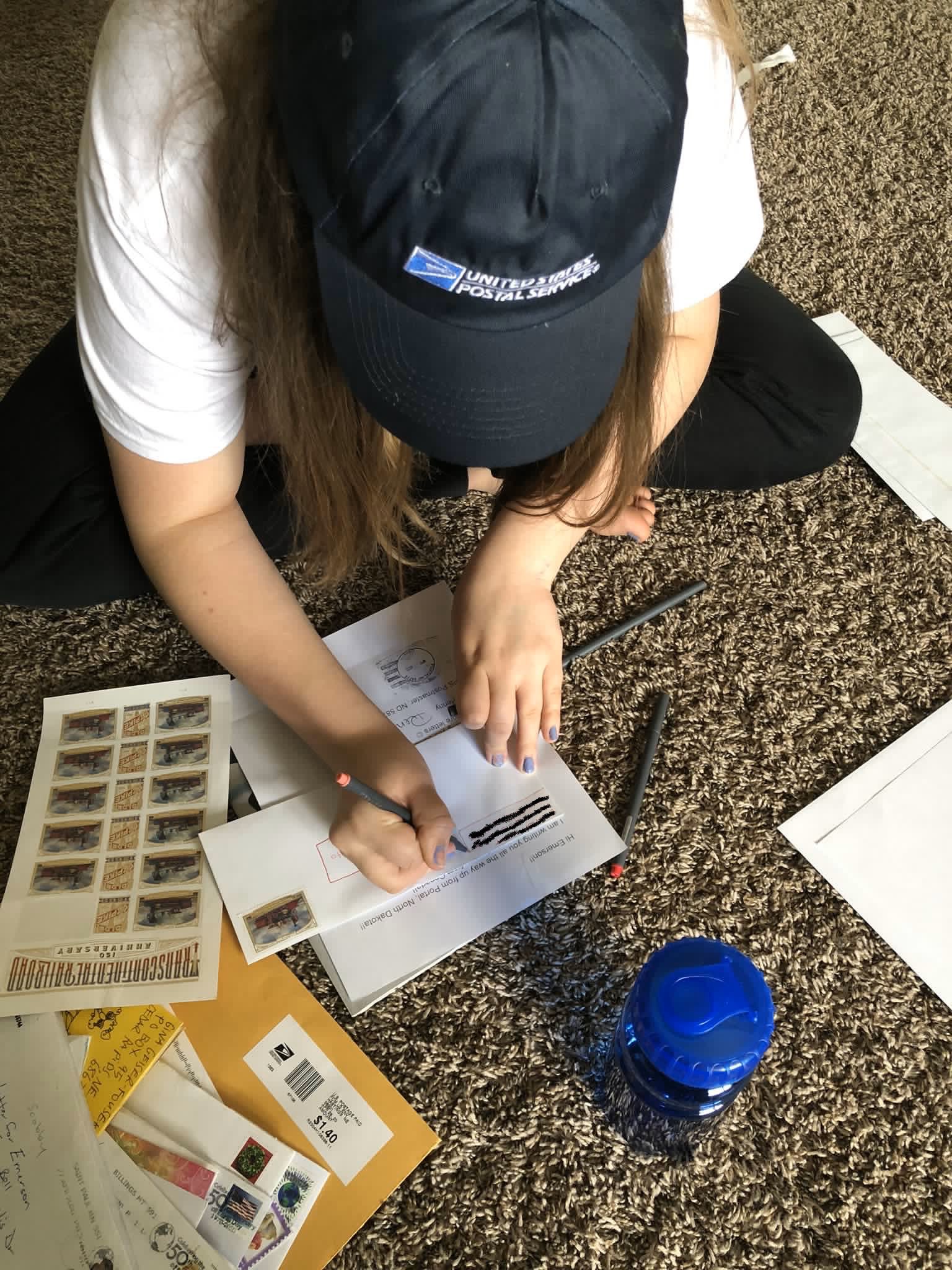 Now that their story has gone viral, her dad is encouraging more people to reach out. After all, everyone craves human connection, and it doesn’t take much to let someone know they’re not alone!

“I’ve really enjoyed getting to learn about all of their families and jobs throughout the USPS,” Emerson said. “And I really like the jokes that so many of them sent.”

Even better, she just received a package from Taylor Swift herself! The 11-year-old was over the moon with joy! 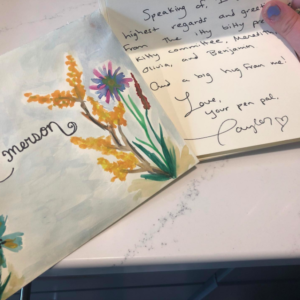 What a special way to extend a hand of friendship to so many! We’re going to take a page from Emerson’s book and write someone a note today.

Share this story to inspire other acts of kindness, and check out the Coronavirus Good News Dashboard for more joy and hope.