By the time Cora was rescued from a backyard breeder last summer, she’d already given birth to 15 litters of puppies and suffered from the resultant health problems. Living under such harsh conditions, you’d forgive this adorable little corgi if she were wary and standoffish.

But that’s just not in her nature.

She quickly won over Coeur d’Alene, Idaho, resident Madison Palm with her sweet and gentle temperament, and what started out as a temporary foster situation turned into a full-time, forever home. 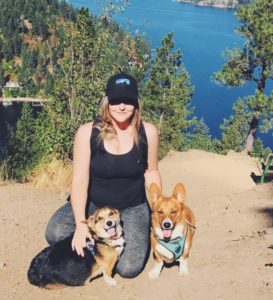 Madison picked up on Cora’s (pictured above, on the left) special ability to connect with people and got her certified as a therapy dog. But she’s so attuned to human emotions and needs that she actively seeks out anyone who’s hurting to offer whatever comfort she can… even when she’s not officially on the clock.

Maybe it’s because of her prior living conditions, but Cora has an uncanny ability to pick out people in a crowd who need special attention. 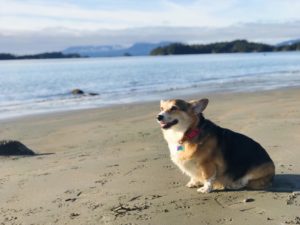 “I am blown away by her on a daily basis,” Madison said. “Who knew a dog who was unloved for seven and a half years could have so much love to give?”

Earlier this month, this little social butterfly put on her therapist’s hat when she and her mom were stuck in an airport, waiting for their flight. 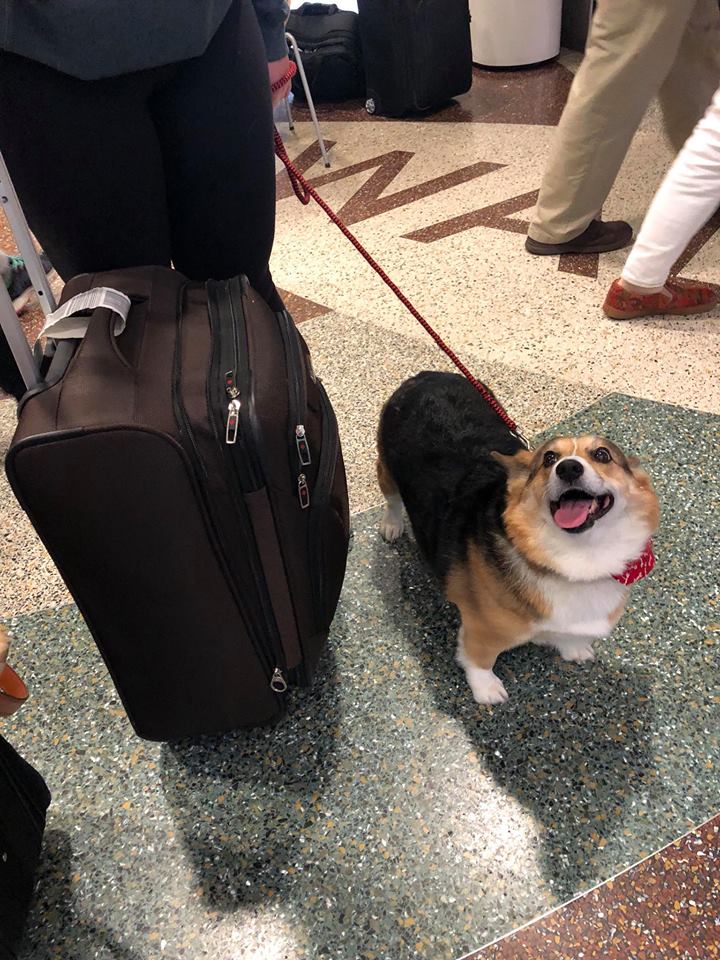 Cora zeroed in on a man who was seated nearby, and when Madison got up to get a snack, she took the opportunity to go over and introduce herself. 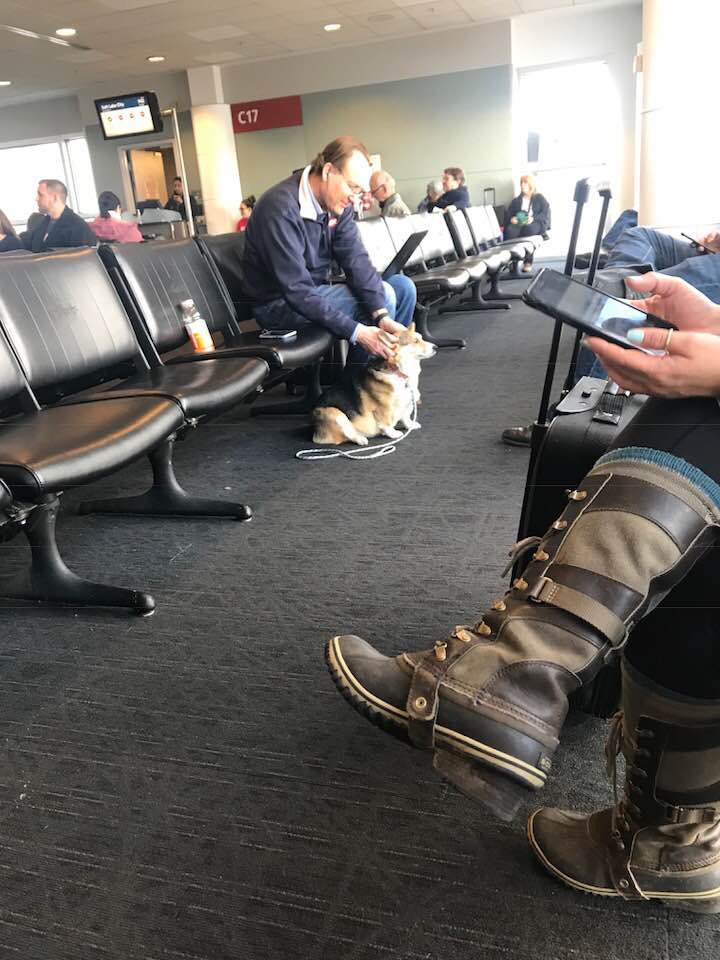 I asked him if she was bothering him and with a somber face and watery eyes he said, ‘No, no. I lost my dog last night.’ He scratched behind her ears, patted her on the back and was whispering how cute she was. 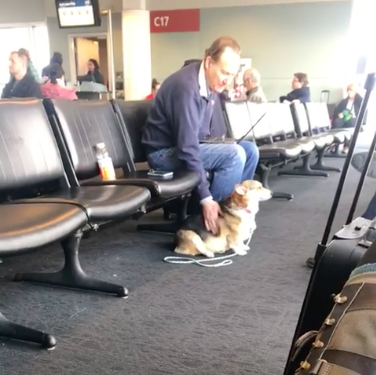 I’ve never had a doubt that Cora can sense those who are hurting and those who need companionship and love. She is a natural born therapy dog in every way. 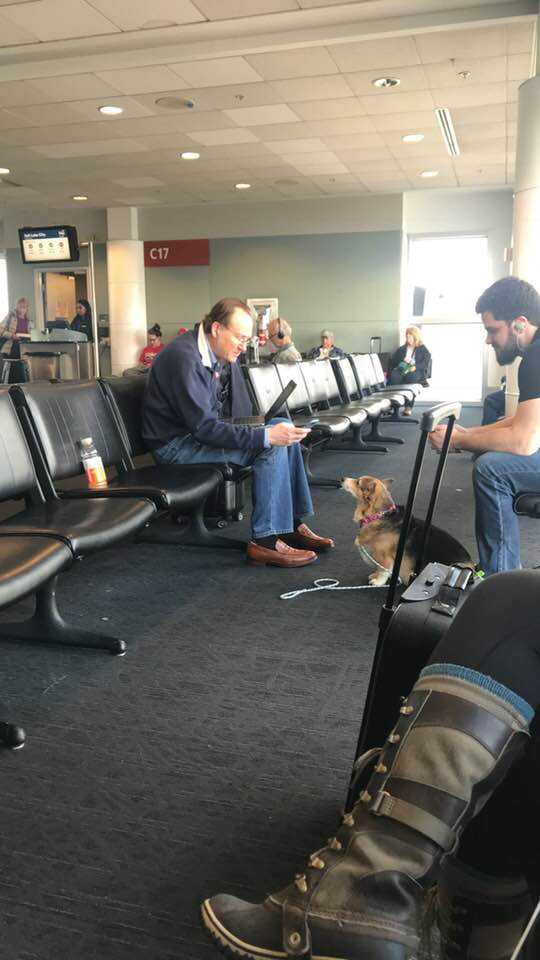 He took out his phone to snap a photo and she sat directly in front of him facing him and staying perfectly still for it.

Animals, but perhaps especially dogs, never fail to amaze us with their ability to forgive and move forward, no matter how many horrors have visited them in the past.

It would be easy for Cora to adopt the attitude of “an eye for an eye,” but instead she’s decided to pay Madison’s kindness forward. Share with an animal lover in your life!