These adorable siblings have more musical talent in their little fingers than most of us have in our whole bodies!

Clifton and Melody are drawing admiring comments from all corners of the musical world with their impressive renditions of jazz and funk standards. But what’s especially impressive is that they’re just getting started. They’re just 10 and 9 years old, respectively, which means we’ll have the pleasure of watching them grow and develop for decades. 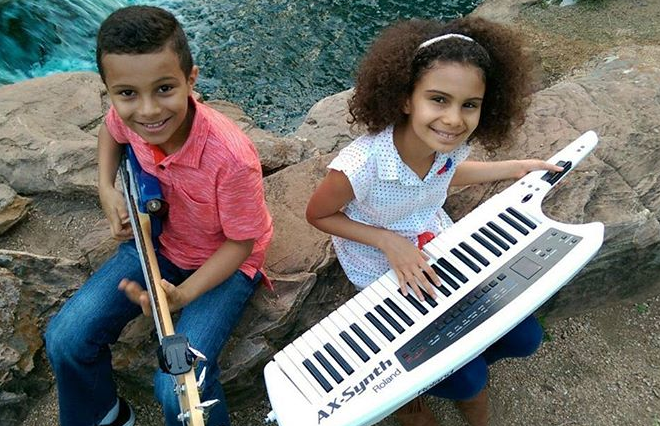 Their dad, Clifton Smith Sr., is a music teacher and gave them a head start when they were just toddlers, first teaching them how to play the drums and exposing them to all different types of music. They’re naturals, he proudly says, but still, they practice for two hours each and every day.

Of course, he occasionally joins in on the jam sessions, saying, “When we play together, it’s just the most fun I could ever have. It’s absolutely great!” 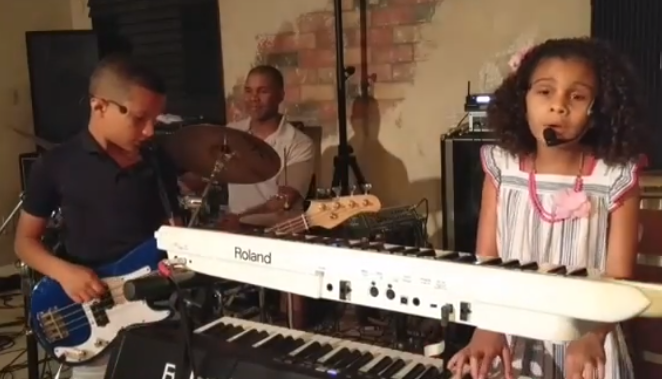 Tens of thousands of fans already follow the duo on Instagram, which shows them playing a wide variety of instruments: the flute and bass, a percussion instrument known as the RavDrum, keyboards and trumpets. Seriously, is there any instrument these two can’t master?! They’re budding songwriters as well, a skill Melody’s especially keen to further develop: “I just find cool words and it’s like, bam, I made up a song!” she said in an interview.

A lot of musicians out there, even ones that have been playing for years, play it safe and stick to the same genre. But these siblings cover songs that are as varied as their instruments, from Stevie Wonder to Psychedelic Funk Fusion to The Police.

In the clip below, they’re jamming out to Earth, Wind and Fire’s 1976 single, “Get Away.” The video has been so widely circulated, even the band itself had to give them a shout out: 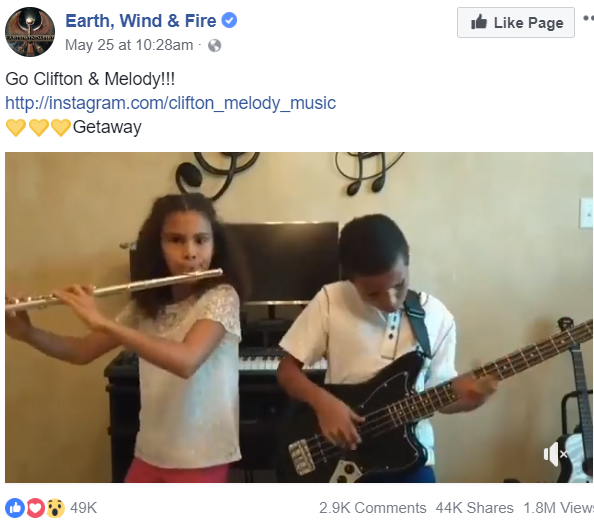 Thank goodness these kids’ parents recognized their innate talent and helped nurture it.

Watch this adorable duo rock out in the video below, and share to spread amazement!