Austin Perine of Prichard, Alabama hopes to someday become the president of the United States. For now, he’ll settle for becoming a humanitarian icon.

These already big aspirations are especially noteworthy considering the fact Austin is only four years old. The ambitious young man has already accomplished a lot at a very young age. He’s a champion youth athlete, and now, thanks to a video his dad shared on social media, Austin is well on his way to becoming a good example for us all. 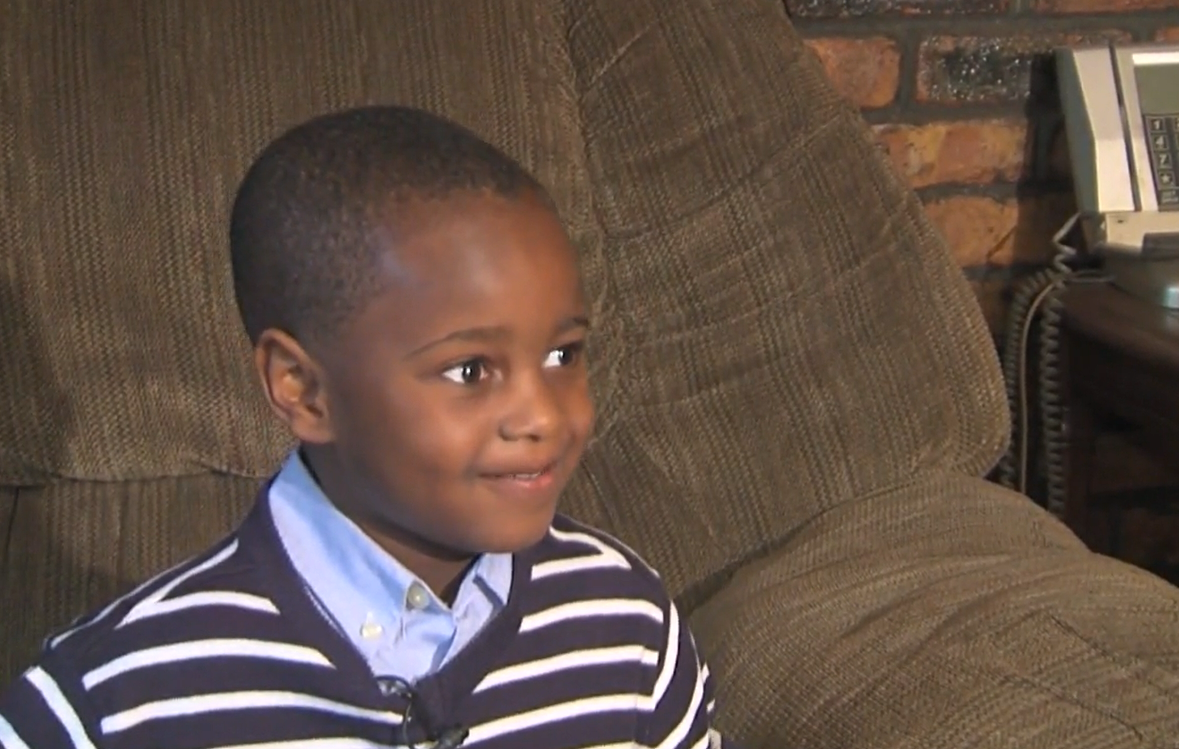 It all started when Austin and his dad, Terance Perine, were watching a show about pandas on Animal Planet. Austin asked his dad why a mother panda had abandoned her cubs, and Terance replied, “Well, I guess it’s going to be homeless for a while.”

The conversation sparked a conversation about homeless people, and before Terance knew it, his son was asking to go see the homeless in his area for himself. Austin decided then and there to use his modest allowance money to buy them some food and drinks.

Terance brought Austin to the store to buy supplies, and they took to the streets to hand out the food to the grateful recipients. 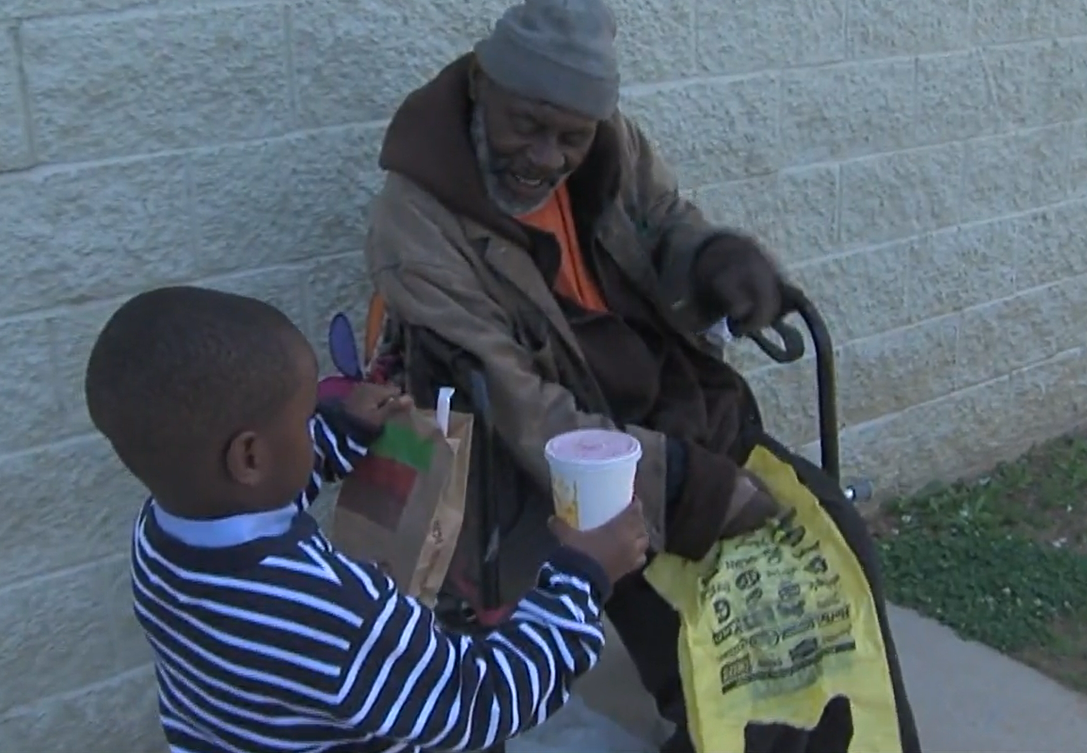 Austin wasn’t about to stop there. He continues to use his allowance money to feed homeless citizens wherever he goes, in Birmingham and even on a visit to Washington, D.C. 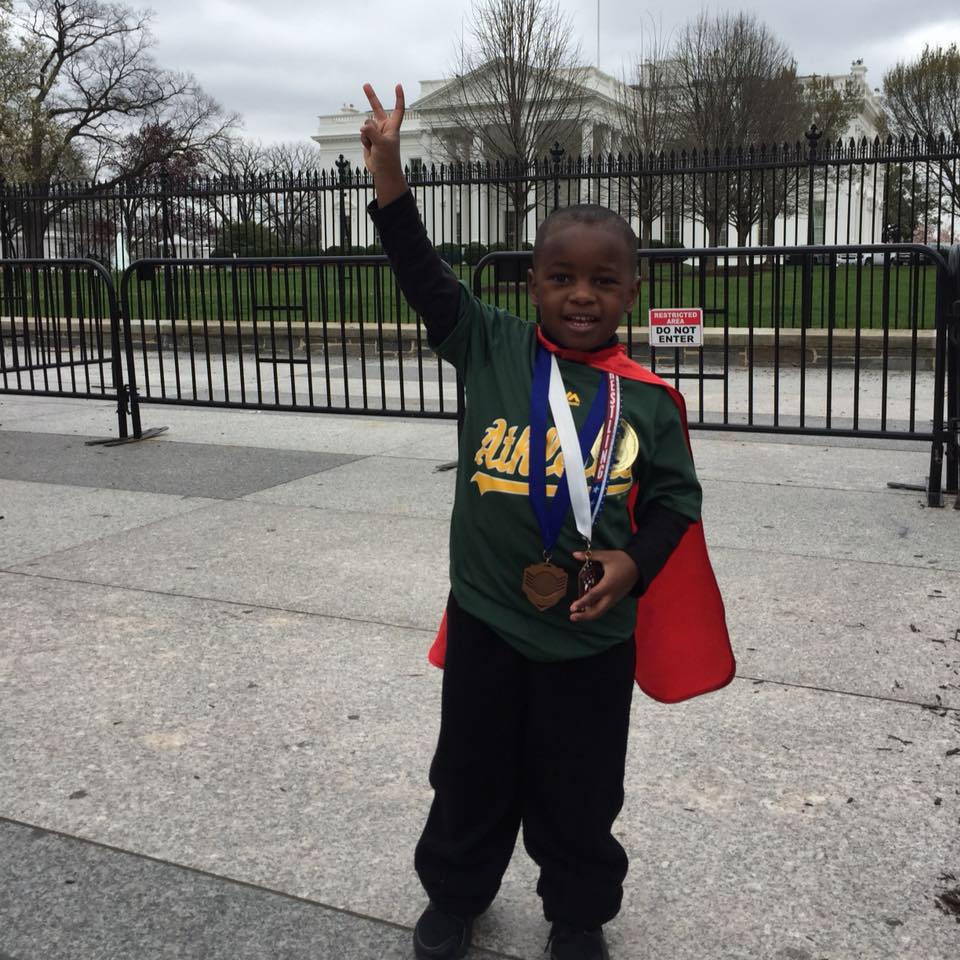 Terance took a video of Austin dispensing food and uploaded it to Facebook, where it has gone viral. Austin’s now been interviewed on the news, and his story of selfless love resonates with everyone who hears it. 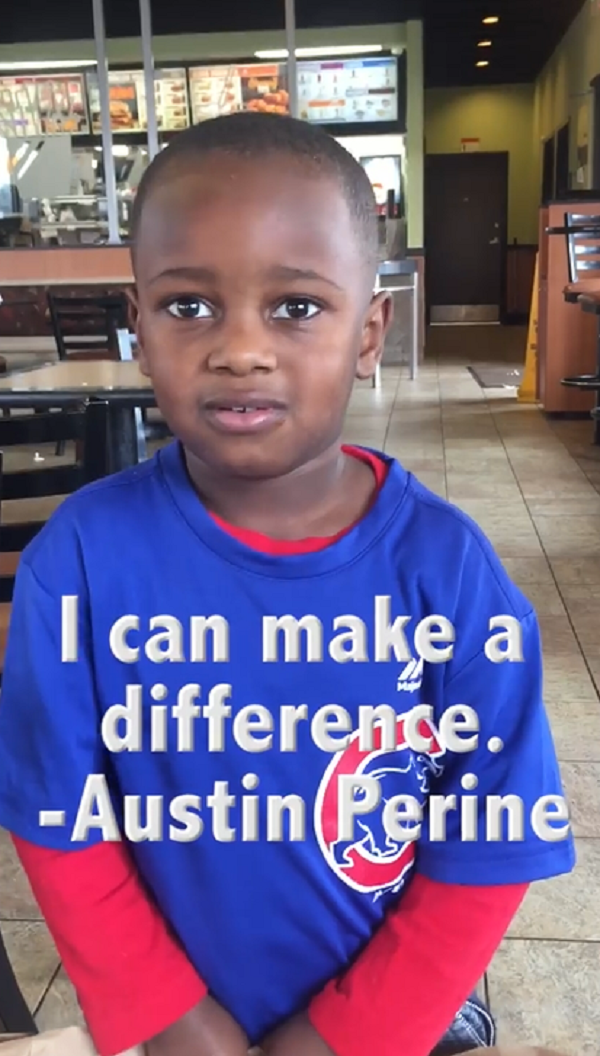 “I just want Austin’s experience to be contagious to everyone else,” said Terance. “Even though people are different, they still deserve to be loved.” 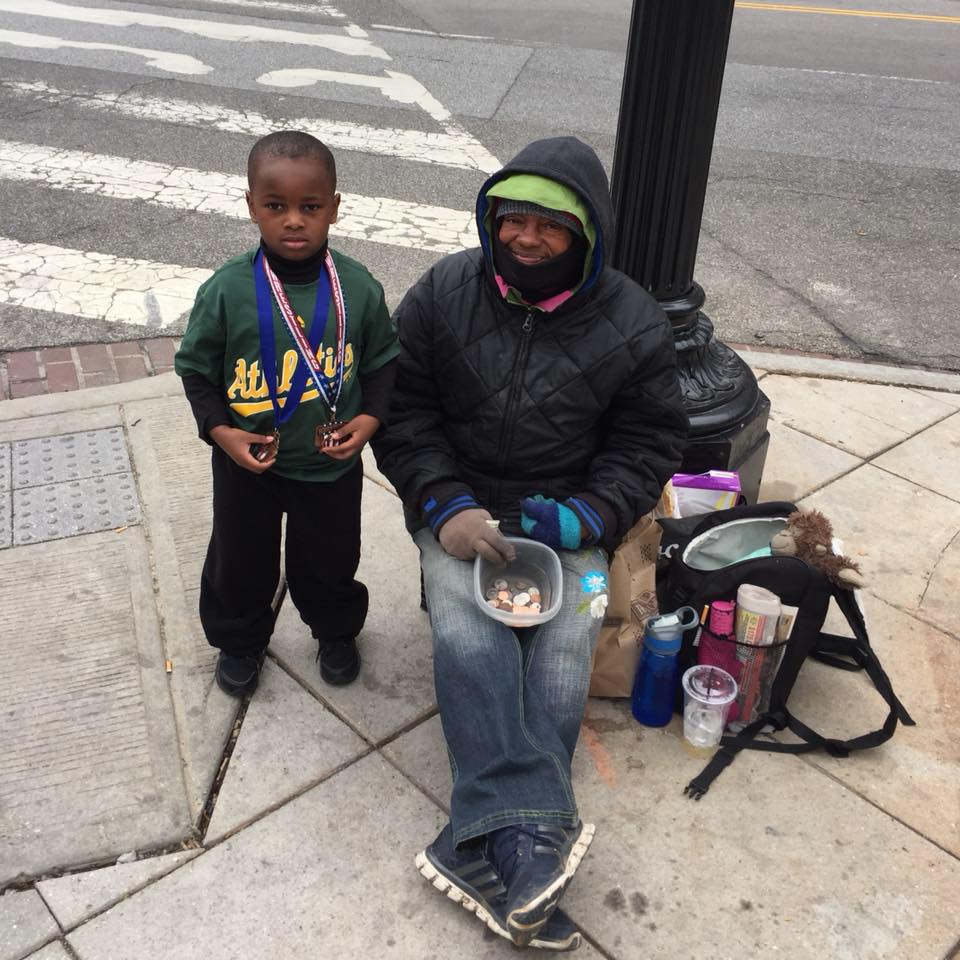 Thank you for reminding us to look for ways to give back, Austin! We’ve no doubt your ambitions will pay off for you in the future, Mr. President.

Watch Austin in action in the video below, and be sure to share to inspire kindness to others, always!

I just want to show people how to love.