One small act of kindness can mean the world to another person.

The crowd at an American Kennel Club show saw this play out recently when a judge approached a little girl with autism who was holding a stuffed dog on a leash. In less than 30 seconds, he managed to make her day — and everyone else’s! 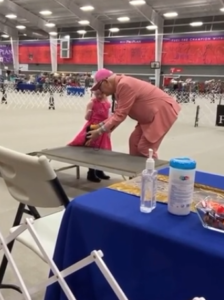 In a video, we see that the judge carefully inspects the stuffed dog like it’s a real competitor. When he’s satisfied, he places the pup back on the table before turning to the little girl with an important question: Do you want to show your pet to the world?

Her answer comes the moment he lowers her cuddle toy to the ground. She takes off running with her stuffed animal along for the ride! 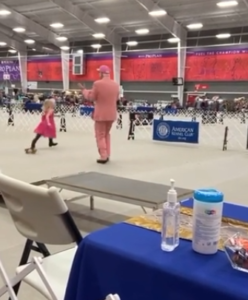 The audience claps and cheers as she circles around the man. While the proud dog owner doesn’t say much when she’s done, she’s obviously thrilled she got to participate.

Everyone is delighted by the wholesome moment, and then the girl makes it even better by thanking her new friend in the best way. 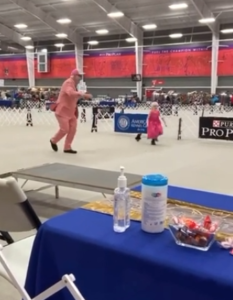 She runs over to the judge and gives him the world’s sweetest hug!

“The smile on the girl’s face is priceless!” one viewer wrote later. “I’m sure [her] parents were over the moon.”

Another said, “Goes to show that you can make someone’s day by doing something so small, 10 seconds of your day could make someone’s entire day or even week. We can all [learn] from people like this man!” 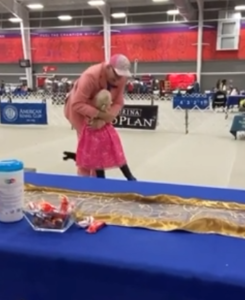 What an adorable way to make a child feel special! We may not have met this American Kennel Club judge, but we’re certain he’s a gem.

Watch their precious exchange in the video below, and share this story to brighten someone’s day.