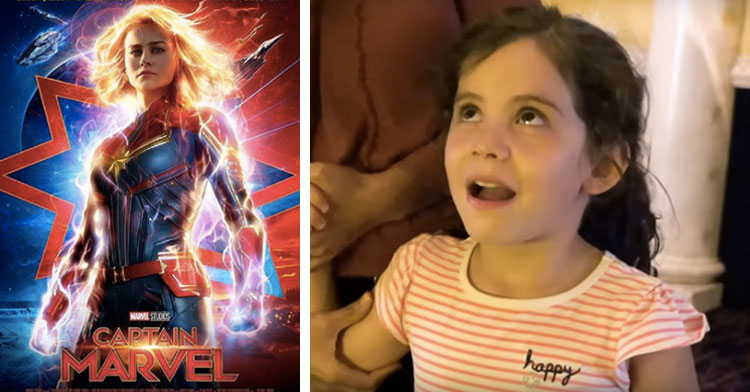 Look out, world. There’s a new superhero in town, and her name is Captain Marvel.

Since hitting the theaters in 2019 movie has set box office records and inspired little girls all over the globe to channel their inner superhero. In the film Brie Larson plays the title character, an extraterrestrial living on earth in 1995 whose recurring memories uncover secrets of her past and reveal special superpowers to help her end the war with the evil Skrulls. 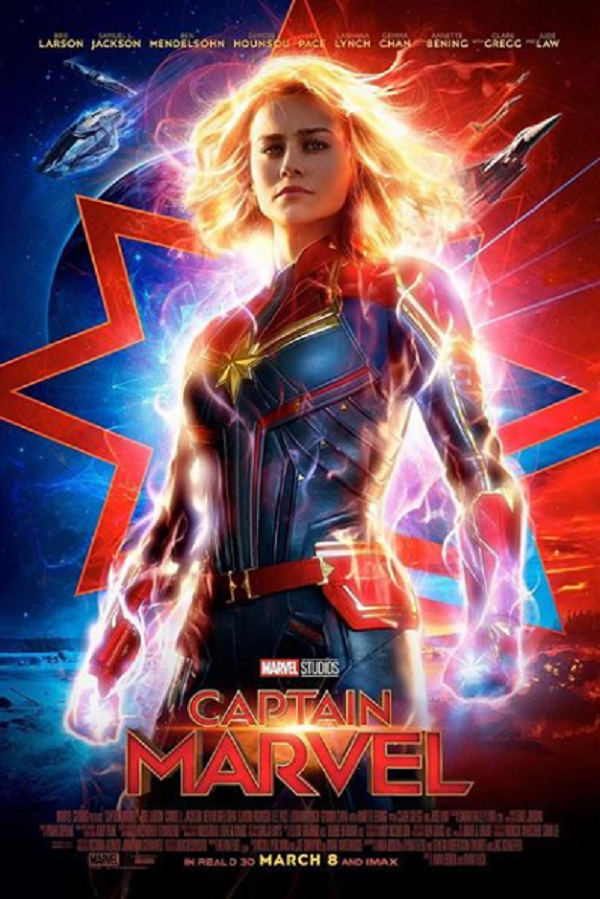 The film marks another important step towards including more female characters in the Marvel universe. One little girl who has become a huge fan of Captain Marvel is Nellee Rossi, the daughter of professional photographer Josh Rossi of Salt Lake City, Utah.

Josh calls himself “Photoshop Dad” and often uses his family as models for his intricate graphic design work. Previously Josh has incorporated his family into poster spoofs for blockbusters like “Justice League” and “Star Wars.” 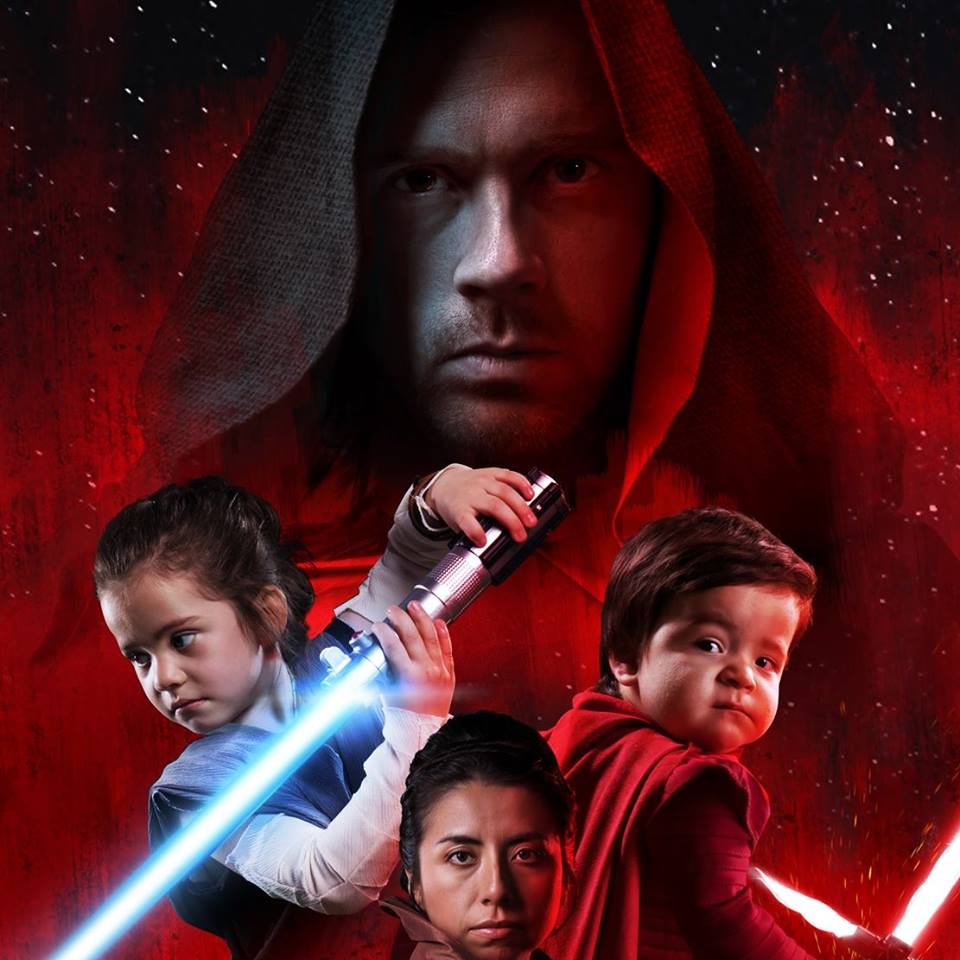 When Josh found out that Nellee was “obsessed” with Captain Marvel he decided to do a little photoshoot for her.

“My daughter LOVES female superheroes and I LOVE making her superhero dreams come true. The other day she literally thought she was a superhero,” Josh wrote on his website. “After doing a bunch of these photoshoots, my daughter has become pretty good at posing and getting into the zone when it’s time to shoot. She loves posing and ‘pretending’ to be a superhero.” 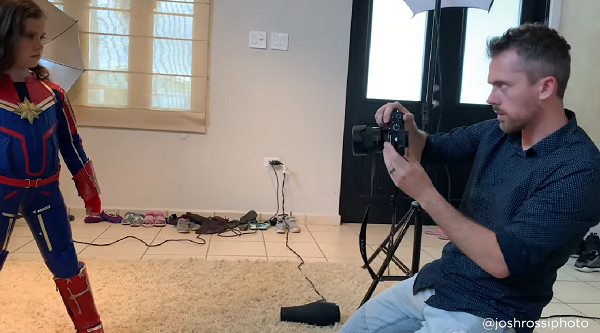 “She came home from school one day and told us that her friends had made fun of her because of her worn down shoes. To my surprise, she didn’t seem too affected, and so I kept asking for more details. After all, she’s a 5 year old who makes up a bunch of stories anyway, and I wanted to get to the bottom of it.” 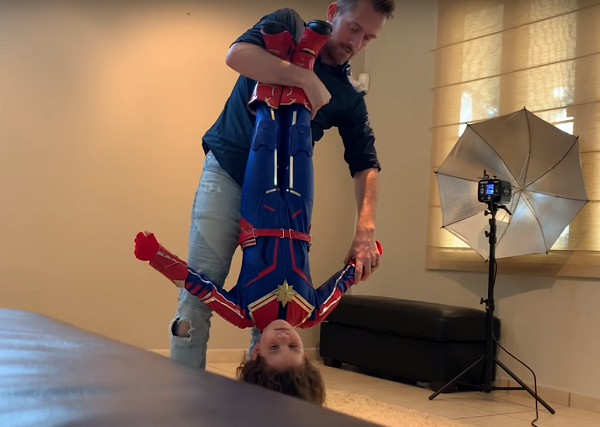 As Josh pressed Nellee for details he found that instead of being sad over her classmates taunts she felt okay because she know she’s a superhero! “I didn’t realize the impact that my photoshoots had on her until just yesterday when I heard that,” Josh admitted.

Once he realized how empowered Nellee felt thanks to posing like Captain Marvel, he hatched a plan to make opening night of the movie at their local theater a truly memorable experience. On March 8th the family was in the audience watching Nellee’s new favorite superhero in action, but the real surprise came after the show had ended. 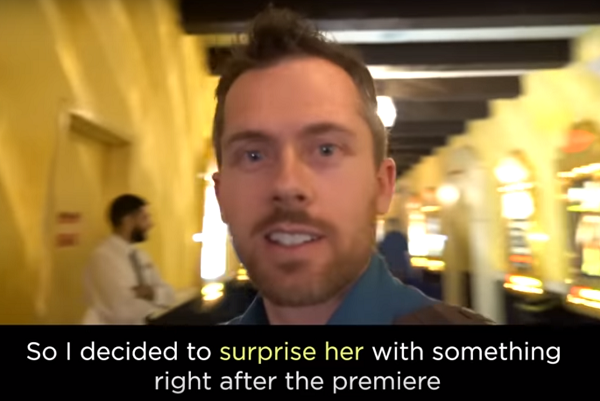 Josh waited out in the theater lobby until his wife brought Nellee out, a hand covering her eyes to delay the suspense just a little bit longer. Once she was in position her mom took the hand away and showed Nellee her big surprise. There on the wall of the theater was a Captain Marvel movie poster… featuring Nellee! 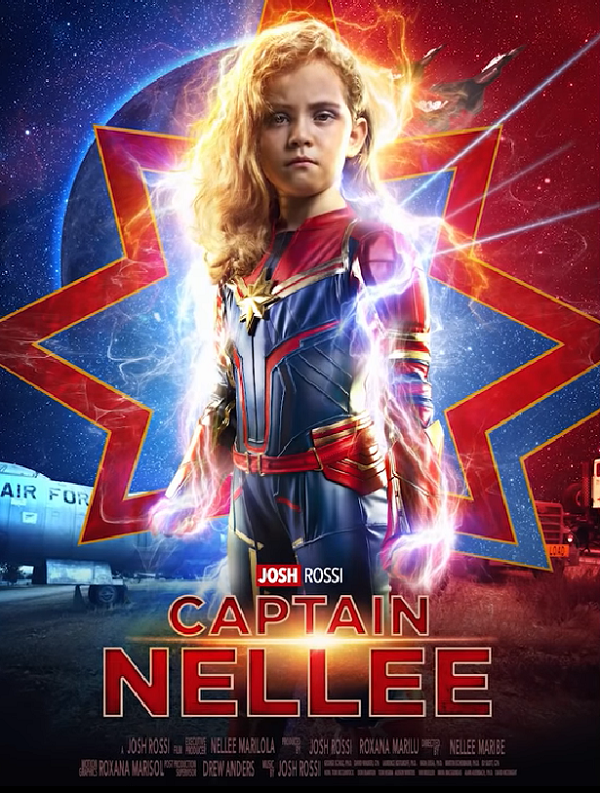 The look on this five year old’s face is absolutely priceless! She first seems to register shock, but then she seems to understand what all of those photoshoots were really for. Honestly with a creative dad like hers, we’d be surprised if his work wasn’t plastered all over the theater’s lobby! 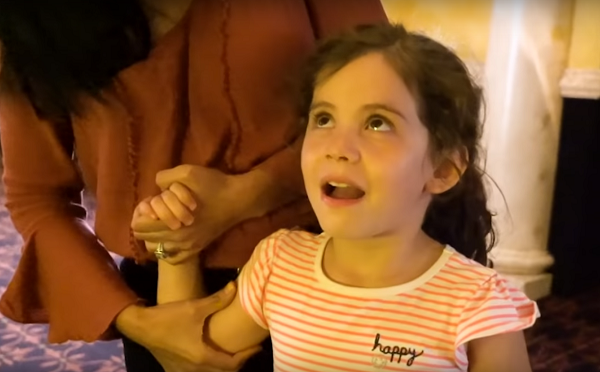 Josh explained that the reason he decided to take on this project was not just for fun. Rather, he hopes to give his daughter a boost of confidence to help her overcome all of life’s obstacles, even teasing from her peers.

“If we can give her something that she just loves and she can show to her friends, you know I think that would empower her,” Josh stated. 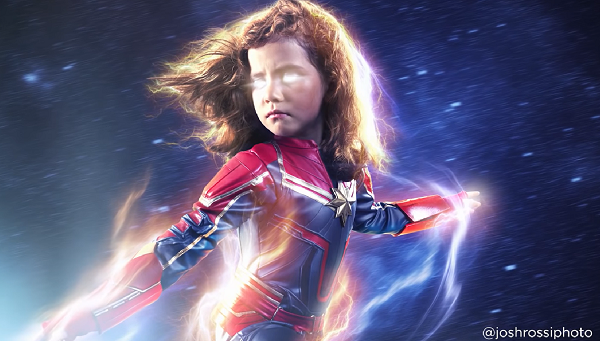 It’s so wonderful that little girls like Nellee can now channel the feminine power of a superhero like Captain Marvel. She will always remember how she felt when dressing up and getting into character for her dad’s photoshoots, not to mention the thrill of seeing her own face on a movie poster at the cinema!

Learn more about the photoshoot process in the video below, and be sure to share.