When Munchkin the Amazon parrot was rescued from a hazardous situation in San Diego, California, he was in bad shape.

After getting him to safety, the Parrot Education and Adoption Center posted his information online, hoping to find him the perfect forever family. A woman named Melanie was all the way across the country in Maryland when she happened across the post, but she knew she had to adopt him! 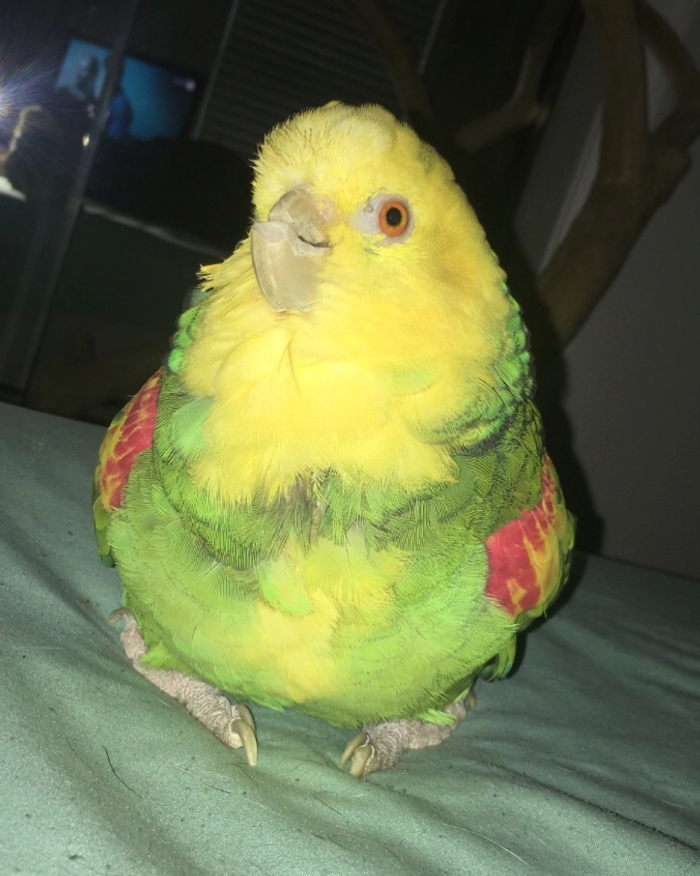 With more than a decade of experience caring for birds, Melanie wasn’t the least bit worried that Munchkin’s special needs would be too much for her. In fact, they just made her love him even more! So she hopped on a plane and flew to California to meet him in person.

Before she arrived, she was warned that Munchkin wasn’t particularly playful — or even friendly. He just liked to sit nearby. That’s why everyone was so shocked when he immediately took to Melanie, crawling up her arm and nuzzling her as if they’d known each other forever.

He was obviously a fan of his soon-to-be new mom! 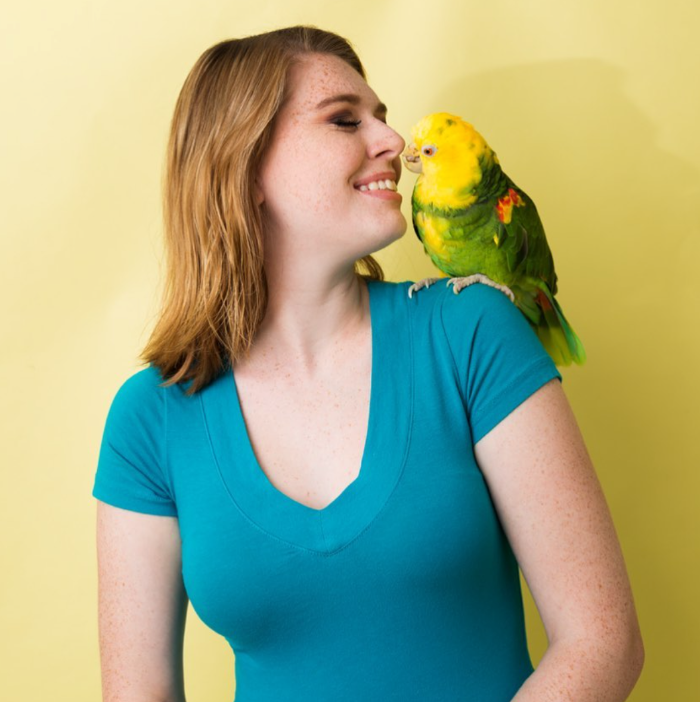 The feeling was definitely mutual! Ever since that day, Melanie hasn’t been able to get enough of her new friend!

“He’s the most handsome man in the world,” she wrote on Instagram. “I’m literally obsessed with the Munch. I cannot believe how lucky I am to have him, and forever every day grateful for [Parrot Education and Adoption Center] for allowing me to spoil him and going the extra 2,307 miles, to be exact, to bring us together.”

She may have been the one to hop on the plane, but she still believes Munchkin picked her, not the other way around! “The power of adopting a bird that chooses you, it’s 100 percent made our bond so strong,” she added. 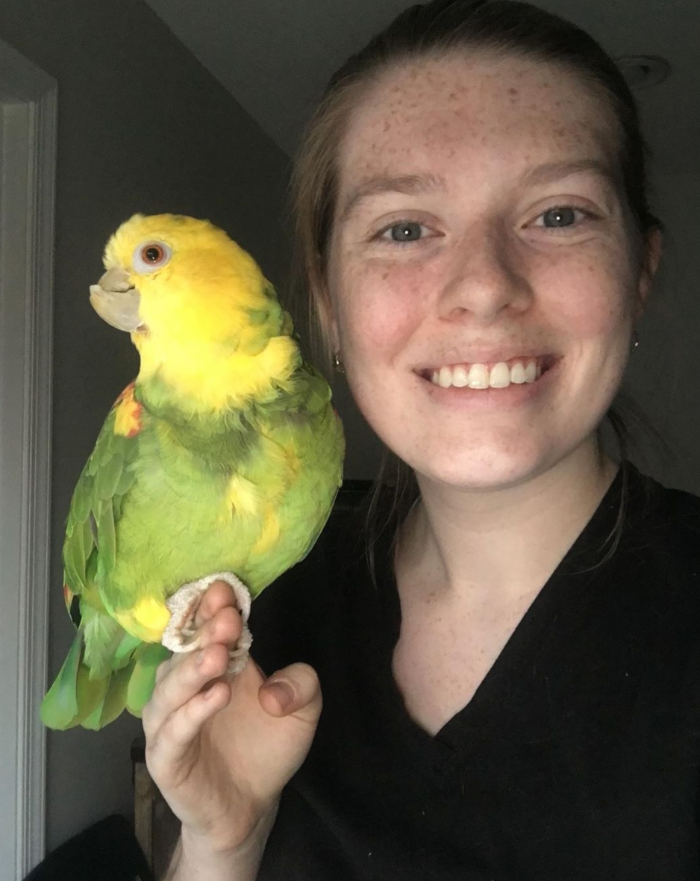 These two were clearly meant to be! Thank you, Melanie, for going above and beyond to give Munchkin the love and care he’s always deserved.

Learn more about Munchkin in the video below, and don’t forget to share this story with all your animal-loving friends.