A global pandemic isn’t an ideal situation for meeting someone new, but that doesn’t mean it’s impossible.

Quarantined in his apartment, photographer Jeremy Cohen of Brooklyn, New York, looked out his window and saw a neighbor dancing on the rooftop of the adjacent building. He knew he had to meet her! 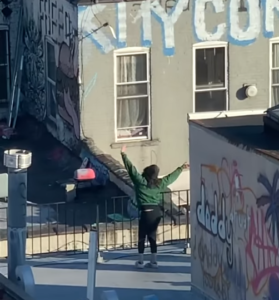 The two exchanged waves, after which Jeremy came up with a brilliant plan for them to connect.

Luckily for him, he already had the perfect tool — his drone. After jotting down his phone number on a piece of paper, he attached it to the device and flew it over to the mysterious stranger.

“I actually haven’t been on a date in at least a year,” he said later. “I think I was just craving some social interaction, and being confined by the walls of my apartment inspired some creativity for me.” 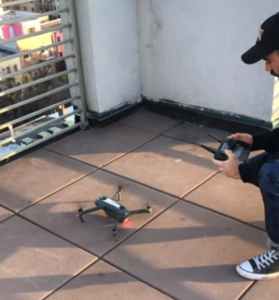 An hour later, he received a text message and learned his new crush’s name is Tori! Not only was she impressed by his determination, but she was all for having dinner with him. The only question was how. 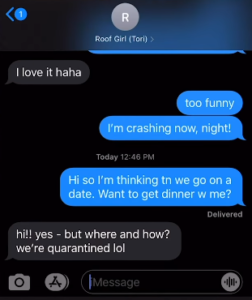 It didn’t take long for Jeremy to come up with a solution, and he secretly hammered out the details with Tori’s roommate. While he brought food and wine onto his balcony, Tori’s friend carried a table onto their roof so the unofficial couple could see each other while they had dinner.

“I told her she looked beautiful,” Jeremy said in a video he posted. “So we got on FaceTime and ate our matching organic microwaved single dinners together.” 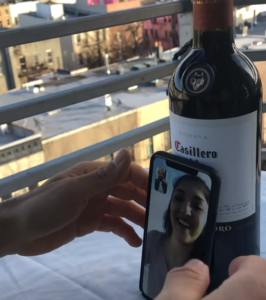 Their story only gets better from there! Jeremy had such a great time on their date that he decided to kick things up a notch. He wanted to see her face-to-face without sacrificing their safety.

Somehow, he found a giant plastic bubble, took it outside to inflate it, and hopped in. Then he walked up to Tori’s door. He even brought flowers and hand sanitizer with him… although he couldn’t exactly give them to her. 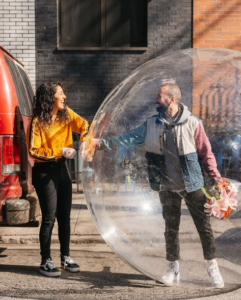 Regardless, the two of them had a blast strolling around the neighborhood. They were nervous for a moment when they were stopped by some cops, but the officers just wanted to take a selfie with the viral pair!

People around the world have been supporting Jeremy’s antics and cheering for his budding relationship.

“It makes me feel good to know people are rooting for me, but more importantly, it gives something for people to believe in during these strange and dark times,” Jeremy said. “If this story brings joy to people, then it brings joy to me.” 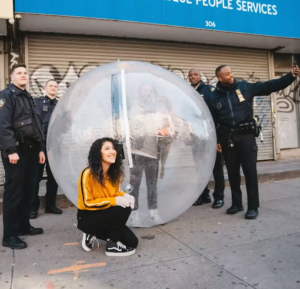 While it’s just the beginning for Jeremy and Tori, we’re excited to see things are going so well! Here’s hoping they don’t stay “long distance” for too long.

Watch their romance beat the quarantine odds in the video below, and share the brilliance to make someone smile today. For more stories of joy and hope, check out the Coronavirus Good News Dashboard.