Every child wants to fit in, but that can be tough when they move to a new place.

A young refugee named Yaman experienced this when he relocated from Syria to Canada with his mom and three siblings. Not only did they have to leave his father behind, but they also faced language barriers and culture shock. But thanks to an incredible outpouring of support from his community, the third-grader knows he’s right where he belongs! 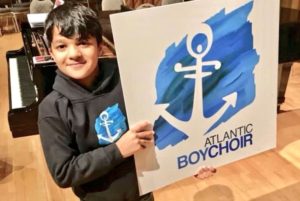 Journalist Muhammad Lila shared Yaman’s beautiful story online. It all began when he arrived in Newfoundland, where Muhammad wrote, “Neighbors welcomed the family with open arms, helping them with furniture, school, and a place to live.”

Not long after, a classmate heard that Yaman wanted to play hockey like the other kids, but he didn’t know how to make it happen. That’s when his friend went home and explained the situation to his dad, Michael Doyle. Moved, Michael found Yaman a pair of skates and took him out for his first lesson!

When a hockey dad named Michael Doyle found out, he rummaged up a pair of kids skates and took him to “The Loop” – the local skating rink.

This was Yamen’s first time on the ice.

At the risk of sounding too Canadian: Not bad, eh?

If Yaman was going to play hockey, Michael knew he would also need his own gear. So the dad put out a call for donations on Twitter. That same day, he found a pair of skates waiting outside his front door! 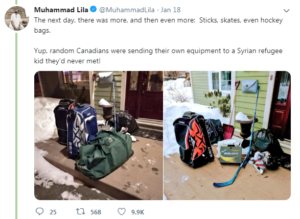 The generosity just kept rolling in! A local Sportscraft store reached out, offering to sell Yaman new equipment without the retail markup.

“Within hours, people were asking if they could pay,” Muhammad wrote. “By the time Yaman walks in, he’s smiling ear to ear. They tell him he’s getting brand new hockey gear. He’s so happy that he literally goes around shaking every single person’s hand, one by one.” 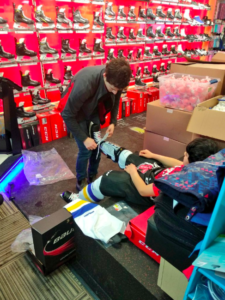 When the time came to pay for everything, Michael even handed Yaman the money so the little boy could make the purchase himself.

Overcome with gratitude, the sweet third-grader added a special touch to his new hockey stick: grip tape with a maple leaf to honor his new country!

Best of all, Yaman wasn’t the only one to receive so much kindness! His three brothers and another child got equipment as well. 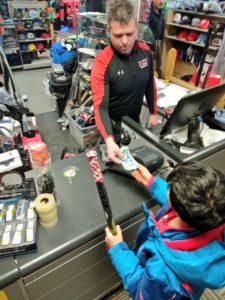 “Canada isn’t perfect,” Muhammad wrote. “But it can still be a place where ordinary people come together to tell a refugee family that we care. That his mom doesn’t have to go it alone. That they belong. It was a gigantic Canadian ‘we got you’ — all done without having to say a single word.” 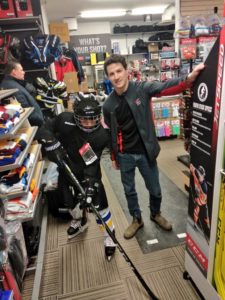 Imagine what a warm, welcoming place the world would be if every community treated its members so well! Thanks to these kind strangers, Newfoundland isn’t unfamiliar to Yaman’s family anymore. It’s home.

Cops Go Above And Beyond To Celebrate Newest “Deputy,” A 5-Yr-Old With Cancer.

Officers at Manatee County Sheriff's Office in Florida have gone above and beyond to encourage one little boy who is fighting for his life. Jeremiah is only 5 years old,...

Some friends really know how to give a wedding toast, and Ian Chen is one of them. Ian is a young CEO who lives in Los Angeles, so when he...