Yale’s most popular class ever teaches students how to live a happier life and the fact that the class is so wildly popular speaks to the state of mental health on campuses (and off) today. Audit the course by reading on.

An incredible one in four students at Yale — 1,200 students — take Laurie Santos’s Psych 157, “Psychology and the Good Life.” It’s the single largest class in Yale’s history, a class that requires a whopping 24 teaching fellows to administer, that had to move to a symphony hall to accommodate the class size, and that tanks registration for any course in its time slot. (As a result, the class won’t be taught again, instead, it’s moving to an online video course format.)

Its rock concert-like enrollment speaks volumes about how stressed and unhappy students are these days. A study from the Yale College Council cited that more than half of all Yale undergraduates sought mental health help while at the school. The New York Times captured this quote from one of the class participants:

“The fact that a class like this has such large interest speaks to how tired students are of numbing their emotions — both positive and negative — so they can focus on their work, the next step, the next accomplishment.”

You say, “Yeah, but these kids will figure it out when they get to the working world.”

This sentiment also applies perfectly to far too many workplaces. A study by Mental Health America shows that a whopping 71 percent of workers are unhappy and looking for other opportunities.

So what are some of the key habits that Yale students learn to develop in the class and how can you do the same?

Research is clear: Developing the ability to express gratitude is one of the most substantial ways to increase your happiness. Gratitude helps you connect to something larger than yourself, enhances relationships, motivates the recipients, and improves overall well-being.

You can cultivate it. Here are two examples:

Procrastinate is the silent henchman for overwhelm. Studies show we lose 55 productive days a year because of procrastination, 218 minutes a day on average. Avoid these misconceptions:

Psychologist Maynard Brusman indicates our brains are actually hardwired to connect with others, so being disconnected is fighting Mother Nature herself. And it’s just as important to feel connected to co-workers, as studies show we spend more time with our co-workers than our family (true of 80 percent of people who work 30 to 50 hours a week).

Now, not to say that developing all these habits is easy. Santos calls her course the “hardest class at Yale,” because to see real habit-change, students must hold themselves accountable every day.

Class is now in session. 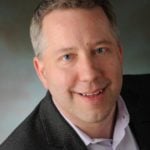