If you have a dog, you already know these sweet, loyal animals would do anything for their humans. In fact, many canines have gone on to save lives, including those of their furry friends.

One especially good boy from Buenos Aires, Argentina, recently donned his own hero cap when a life or death situation unfolded in his backyard. Meet Yago, the golden retriever you’d definitely want around if disaster struck. 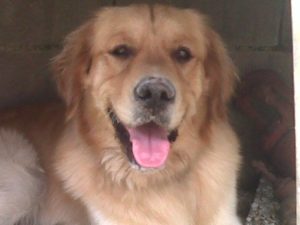 Yago’s owners, Mariana Corti and her partner, were just getting out of bed when they heard a strange noise coming from outside.

“When we woke up, we heard a flutter coming from the patio,” Mariana said. “When we looked out the window, we saw that a pigeon was fighting for its life in the pool.” 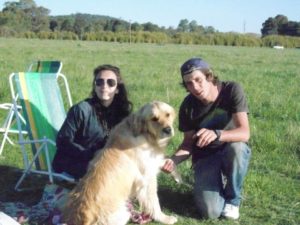 Yago, who was outside at the time, clearly noticed, too. The dog could be seen watching at one end of the pool, transfixed by the bird’s hapless struggle. Instinctually, he knew something was wrong. 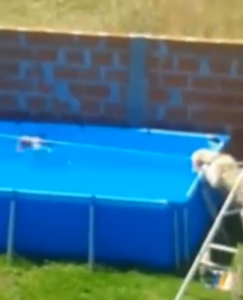 Mariana pulled out her phone and began recording as Yago quickly ran around to the other side of the pool, searching for a way to help the drowning pigeon. 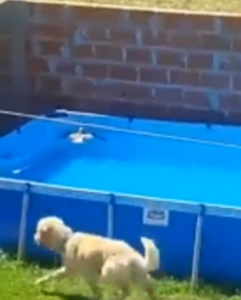 Ever so gently, Yago reaches over, grabs the bird’s wing in his mouth, and pulls it to safety. Afterward, he carefully places it on the ground. The critter waits a few minutes for its feathers to dry before flying away, alive and unscathed. 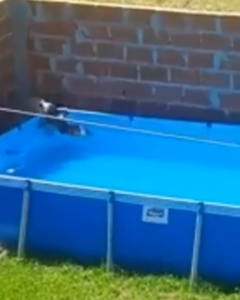 Yago’s proud owners shared the footage on social media, where they were surprised to find it had gone viral within hours. Mariana explains she’d initially posted the video for friends and relatives who knew Yago and that she never expected it to gain much attention. But that’s just what happens when your dog’s caught being a total hero. Like we said before, he’s a very good boy.

Watch as Yago rushes to rescue his new feathered friend in the clip below, and be sure to share.