Some love affairs are cut short too soon, leaving both parties wondering what if.

In 1944, United States Army soldier KT Robbins was stationed in Briey, France when he met and fell in love with a local French girl named Jeannine Ganaye. Their love sparked hot and bright, but just two months later KT’s regiment was urgently called to the eastern front. Jeannine and KT were both heartbroken by the sudden separation, and with the uncertainty of war each feared they’d never see the other again.

“When he left in the truck, I cried, of course,” Jeannine recalled. KT went on to fight at D-Day, and after the war he was shipped back to the States to resume his life at home. Although both Jeannine and KT moved on in their lives, met other people and had families of their own, they never forgot about the passion they felt for one another all those years ago.

KT carried Jeannine’s picture with him for the rest of his life, fondly reminiscing about the love he’d been forced to relinquish when he was a young man. When he was asked to return to France for the 75th anniversary of the D-Day landings, KT brought the photo of Jeannine he’d cherished for more than seventy-five years and showed it to the reporters covering the commemorative ceremonies. He told them that he was sure she’d passed away, but perhaps they could put him in touch with her family so that he could tell them how much she’d meant to him.

Incredibly, the journalists were able to track Jeannine down. She wasn’t dead at all! Still more amazing — Jeannine had never forgotten about KT, either. 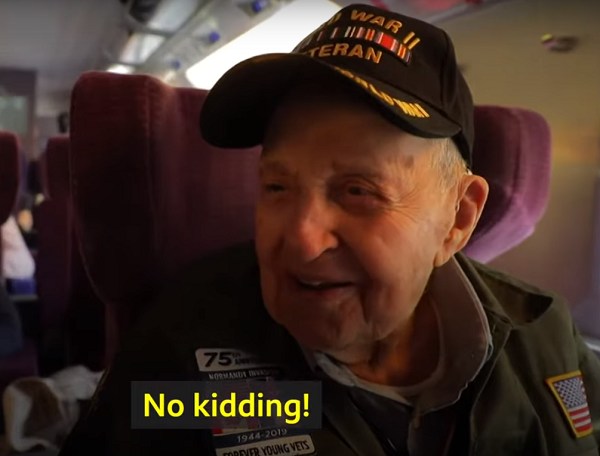 KT quickly arranged to go visit Jeannine at her retirement home. The second they saw one another they both reached out to hold on to “the one that got away.” Their reunion brought tears to the eyes of everyone around them, and it’s nearly impossible to even watch the video without feeling the depth of wistful emotion that envelope this pair of star-crossed lovers.

“I always loved you. You never got out of my heart,” KT told Jeannine. Jeannine, who only speaks a little English, laughingly told the reporters,“He said he loves me. I understood that much.” 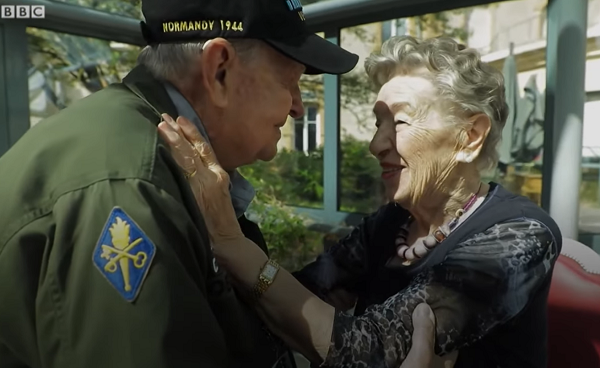 Jeannine wondered aloud why KT had never returned for her all those years before, stating, “I always thought of him, thinking maybe he’ll come. I always asked. Always.”

Yet the answer was simple; KT had a life and responsibilities back in America, and as time went on he met and married another woman and simply carried on. Jeannine later married and had five children of her own, but her memories of that first love never faded. 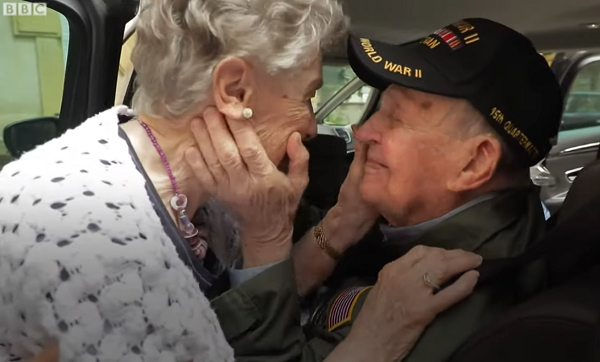 After spending a few bittersweet hours together they parted ways once more, this time as friends who vow to never lose touch again. It was a love that provided them with hope during one of the most tumultuous and terrifying periods in history.

Watch the video below to learn more about Jeannine and KT’s enduring love story, and please share to remind others that true love never really dies.

Bert and John Jacobs are the creators of a 100 million dollar t-shirt company Life is Good. They grew up the youngest of six children in a lower-middle class Boston...

Breanna Lockwood of Chicago, Illinois, understands that a mother's love knows no bounds. After all, her mom, Julie Loving, is the reason she's becoming a parent herself! The 29-year-old has...