Isaac Bryant may only be 17 years old, but according to the internet, he’s already well on his way to nabbing the career of his dreams.

The teen is a wrestler at Mechanicsburg High School whose love of singing can only be matched by his devotion to his country. So when the opportunity recently came to showcase both passions, he jumped at the chance… leaving thousands in awe. 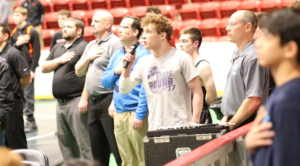 A few weeks ago, Isaac attended the D-III District Wrestling Championships in Troy, Ohio. He had been sleeping as the match was about to begin when his teammate shook him awake. The announcer was asking if anyone there could sing the national anthem. The event organizers realized too late that they hadn’t scheduled a performer. 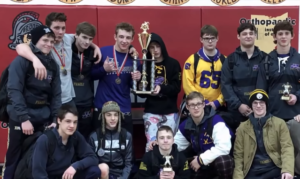 Isaac has been singing since he was in the eighth grade and joined choir in high school. He comes from a family of music lovers and hopes to become a professional musician one day. So when Isaac woke up from his impromptu nap and heard the announcement, he stepped up in an amazing display of patriotism. 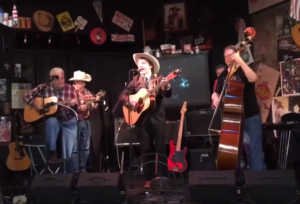 Local Mia Richardson recorded as the soft-spoken teen sang “The Star-Spangled Banner” in a surprisingly powerful baritone. Watching him confidently sing his heart out, you’d never know this was his first time singing the anthem publicly. 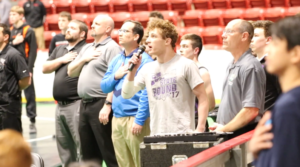 “I’m an American,” he said when asked why he was so quick to jump in. “Anything I can do to help America and not worry about myself for a little bit … is the right thing to do.” 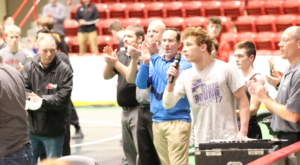 To say his audience was impressed would be quite an understatement. While people clapped and cheered for Isaac in person, Mia’s video went viral, racking up hundreds of thousands of views on Facebook. People marveled at the teen’s talent, especially considering he hadn’t prepared for (and was sleeping right before) his performance! 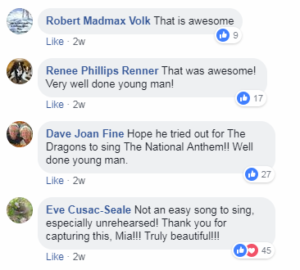 Isaac has since been invited to sing for “Fox & Friends” and for an audience of Medal of Honor recipients next week in Washington, D.C. He’s a little stunned by his newfound fame. He’s even been recognized in public numerous times. Something tells us he has a bright future in the music industry with a voice like that!

Watch Isaac shine in the video below, and be sure to share his talent with the world.

Division III District Wrestling Championships@ Troy, Ohio. The announcer asked if there was anyone who could sing the National Anthem, since they didn't have one for the night. This young wrestler stepped up and it was awesome!*Isaac Bryant, Mechanisburg High School