After all these years, Will Ferrell still has a fever… and the only prescription is more cowbell.

Actor and comedian Will Ferrell has made a lot of movies over the years, but one of the funniest characters he’s ever portrayed on screen (with apologies to Ron Burgundy of “Anchorman” fame) is the cowbell guy from that old “Saturday Night Live” sketch. Back in 2000, Ferrell appeared as an over-zealous cowbell musician in a parody of VH1’s “Behind the Music,” and the world hasn’t stopped laughing since!

I mean, who could forget this?

Even though this iconic Blue Oyster Cult “(Don’t Fear) the Reaper,” sketch was made almost 20 years ago, Ferrell brought the hilarious cowbell character back for a very special occasion in 2018.

On October 7, Ferrell organized and hosted a charitable event called “Will Ferrell’s Best Night Of Your Life.” The show was produced by Ferrell’s website and production company Funny Or Die. It’s a benefit for the charity “Cancer For College,” an organization that gives out college scholarships to cancer survivors.

The night was held at the Greek Theater in Los Angeles, California, and it was filled with comedy, variety acts, and music. 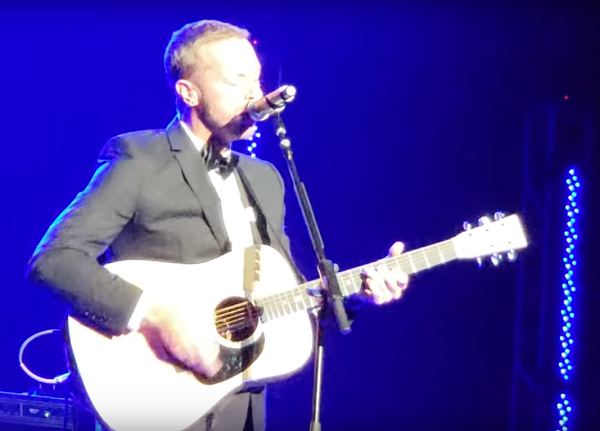 Coldplay was among the many celebrities who joined Ferrell to raise money for this cause, and during a performance of one of their most popular tunes, Ferrell reprised his cowbell role and had the entire crowd cracking up.

A video taken by an audience member shows Coldplay lead singer Chris Martin singing “Viva La Vida.” Several minutes into the clip, though, we hear the crowd’s response before we see what they’re laughing at… but then the camera pans just so, and here comes Will Ferrell… cowbell in hand! 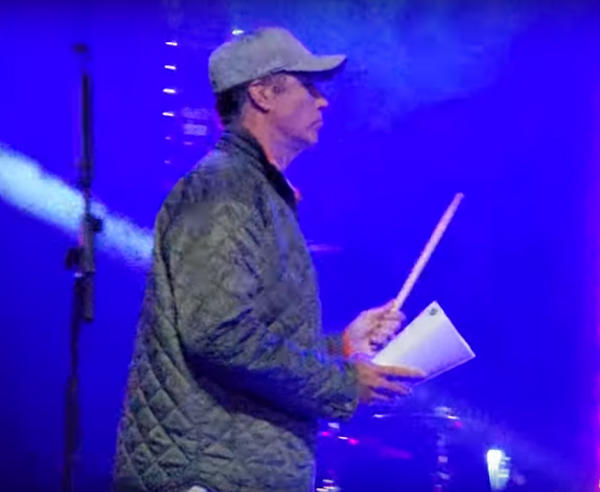 Chris Martin does his best to finish the song, but it’s nearly impossible to keep a straight face when you look at Ferrell with his trusty cowbell. He’s just so good at maintaining that deadpan facial expression that it makes us grin! 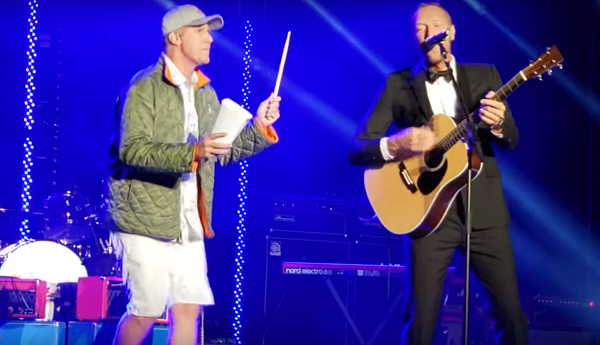 Clearly, Ferrell had been watching backstage and determined that this particular Coldplay song needed more cowbell! The way the actor takes it seriously while also prancing around like a goofball is just too much! We don’t blame Chris for cracking up one little bit.

Take a look at Will Ferrell surprising a very amenable Chris Martin below, and don’t forget to share!

Assistant Principal Gets On Ground To Comfort Student With Special Needs Who Had Rough Day.