Birthday parties are the best, especially those you least expect.

Twitter user @_emcarr has a very famous grandpa known as Mr. Ed Johnson. Every single day the elderly man drives to his local Whataburger in El Paso, TX for an allstar breakfast. Whataburger employees fell in love with the man and his huge smile, so when they found out his birthday was coming up they started planning right away.

Mr. Johnson walked into the restaurant recently to find his usual table adorned with balloons and a HUGE cake decorated in his honor. 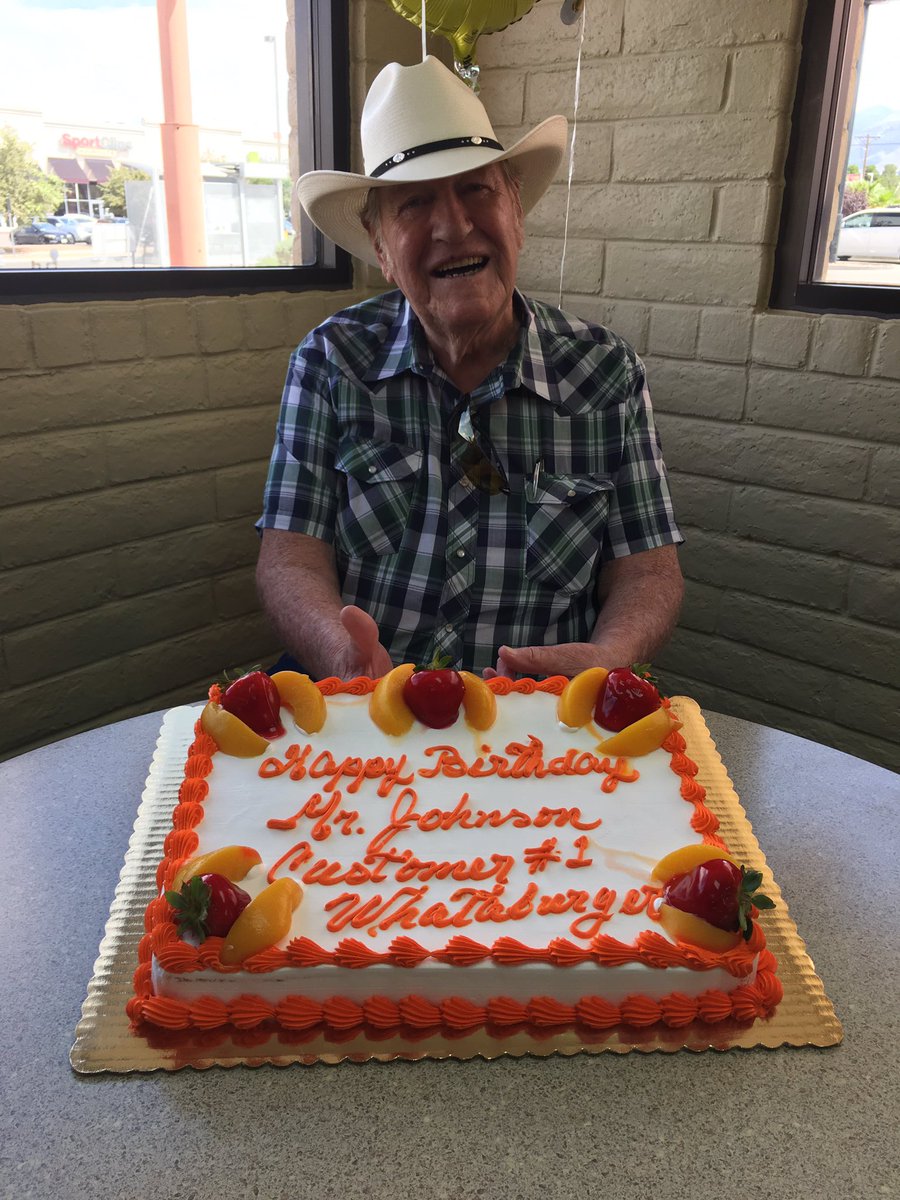 As honorary #1 customer, it’s clear by his smile that Mr. Johnson felt like a kid on Christmas morning as the entire staff crowded around to sing happy birthday. 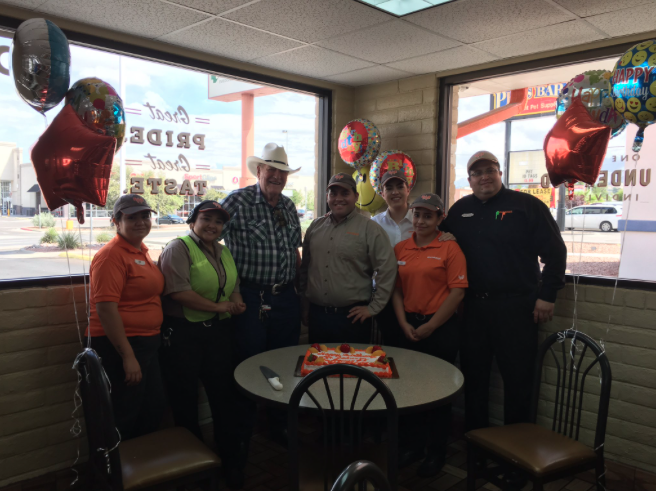 As @_emcarr’s tweet began to go viral, her twitter page was inundated with well wishes for Mr. Johnson. Many Twitter users sent in pictures of their grandparents who are also apparent members of the Whataburger breakfast club.

omg my grandpa used to do the same thing!!!! 😭😭😭 "the whataburger gang" literally everyday pic.twitter.com/tMadnu9Nac

Some Twitter users worried that Mr. Johnson was not eating healthy, but According to @_emcarr’s page, he started having breakfast at Whataburger every morning after his wife passed away 2 months ago. They are like family to him.

over 40 pounds because of working out and using weight watchers. Where you can eat things like whataburger as long as you stay in +

It’s beautiful to see how employees made him feel special on his big day. If these pictures and their actions are any indication, Mr. Johnson is a special man indeed.

This story just goes to show that a little kindness goes a long way. Share and spread a smile today!