It’s a situation many of us have encountered before: You’re waiting in the checkout line and the person ahead of you doesn’t have enough money to pay for all her items, so she selects an item for the cashier to take off the bill.

It’s one thing if it’s a scented candle or greeting card, but another thing entirely when it’s baby food. So … what would you do?

That’s the premise of this episode of ABC’s “What Would You Do?”. Actresses play the parts of a distressed single mother low on funds and a store clerk. 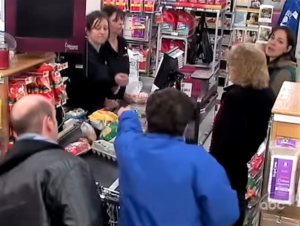 Hidden cameras capture incredible acts of kindness from other shoppers who step forward with extra cash or pay for the struggling mother’s entire bill.

“That’s alright, give it to her,” one woman says, wrapping a comforting arm around the actress. 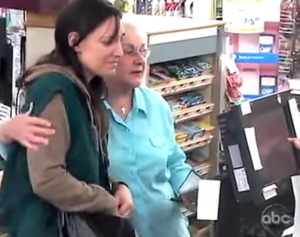 “It is tough times for a lot of people, you know, and a lot of people don’t have jobs now, and she was saying, she’s a single mother, she has four kids. I mean, how could you not help somebody like that?” one Good Samaritan explains when host John Quiñones and crew arrive on the scene. 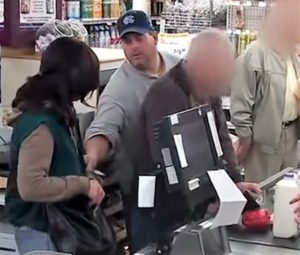 But the stakes are raised even higher when the show places another actor– a “bully”– in line, whose sole purpose is to heckle and further embarrass the already mortified single mother.

Another woman, who knows what the single mother is going through because she’s been there herself, not only offers to cover the entire bill but helps out with bagging duties.

As they continue working, the bully just has to pipe up: “That doesn’t help these people, it really doesn’t.” 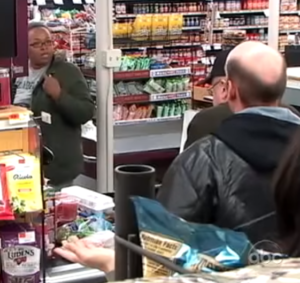 “Is it your money or is it my money?” the helpful woman shoots back. “Let me spend my money the way I want. God told me to bless her so she can feed her family, let her feed her family.”

This Good Samaritan is shocked when the host and his crew approach, but quickly regroups to provide some insight as to why she was so willing to help a stranger in need: 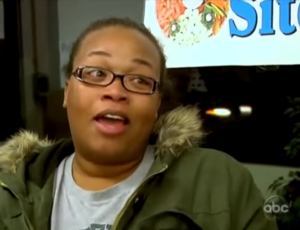 I know how it is, I’ve been in this situation before, where you just don’t have enough … but, you know what, if you can help somebody else, do it.

Every day presents opportunities for random acts of kindness, and it’s great to know there are people out there who see those opportunities and choose to act on them.

Watch these Good Samaritans at work in the full segment below, and remember to share to spread the love!