One of my best friends rode around for more than a year with our mutual friend’s ashes in the trunk of her car, in a Styrofoam food container, sealed with masking tape, marked “Jim.” She was waiting for the perfect opportunity to scatter Jim’s ashes and was confident that she would know when the time was right. Several times that year, I was with her when she opened her trunk to get something out or put something in. And there was Jim, along for the ride.

We all approach life differently, and that’s a good thing. If we were all alike, life would be mind-numbingly boring! So why do we judge people for being different from us? Because we judge ourselves most of all. As long as we believe that we’re not acceptable, valuable, and worthy, exactly as we are, we probably see others the same way. So the key is to accept ourselves first, by saying and meaning: “I’m always all right, even when I’m still working on stuff.”

On a trip to Paris a few years ago, my husband and I had a late dinner on Montmartre and then decided to check whether Sacre Coeur was still open. A mass was just beginning, and I wanted to get up close. So I walked the long center aisle to the first pew. Toward the end of the service, I slipped my phone out of my pocket to take a photo. There were less than two-dozen people sitting throughout the massive basilica. But the guy sitting closest to me saw what I was doing and shook his head disapprovingly at me. I smiled at him and then took the photo anyway.

The incident nagged at me for days, until I got the message. I hadn’t heeded the preference of the “judgmental young man.” But if a “sweet elderly nun” had been sitting next to me, I wouldn’t have pulled out my phone. In other words, I’ve created an internal order of people-importance.

When we judge people, we categorize them and then put them in labeled boxes so we’ll know how to relate with them. So we end up relating more with our beliefs about people than with the people themselves. Remembering that we’re all more alike than not – and that we only appear unrelated and dissimilar – will help us stop judging. Thinking inclusively makes it easier to accept different perspectives. 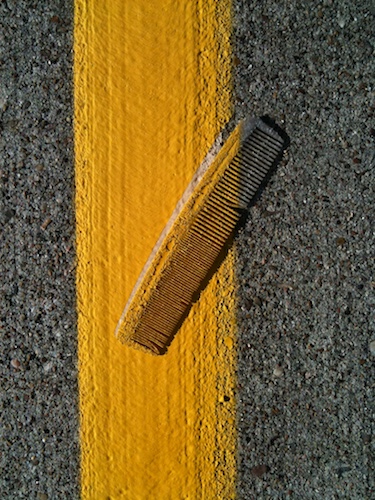 Like the person from the photo, taken in a drugstore parking lot in Houston, TX – he or she must’ve decided to leave the comb where it lay when spray painting the parking lot lines – we all make unique and interesting choices. And some of our actions will always surpass someone else’s understanding.

Dropping judgment includes appreciating the differences, without making people wrong and without believing they should be different for us. It means accepting everyone’s quirks – especially our own! – and staying fascinated with the journey.

This story originally appeared on gracederond.com 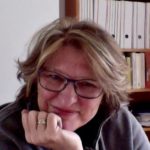