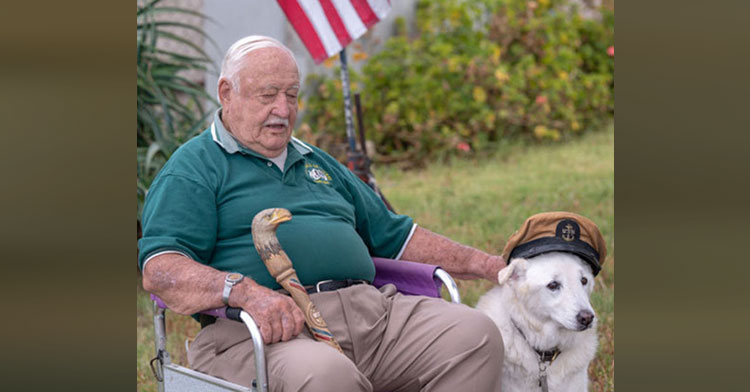 Veteran Found Out Senior Dog Was Days From Euthanization ...

“A Navy man who had to give up his elderly dog to serve his country? It was meant to be. The two of us could grow older together, Sam and me.”

George Johnson may have won all kinds of medals and commendations during his years serving in the Navy during WWII, Korean and Vietnam, but something was missing. 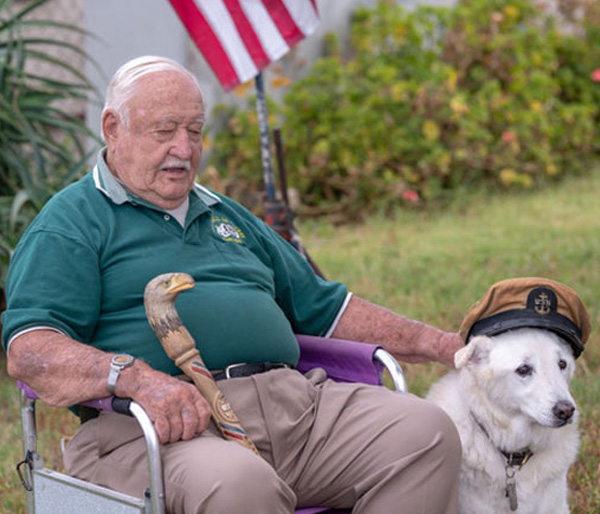 That’s when the organization found out about Sam. Sam’s owner who had raised Sam from a puppy, had just been deployed by the Navy and had to surrender him. The shelter considered it unlikely anyone would adopt him because of his advanced age. He was due to be euthanized any day, so George said,

Get him over here, I’ll take him … As long as he wants to be with me, I’ll take care of him. 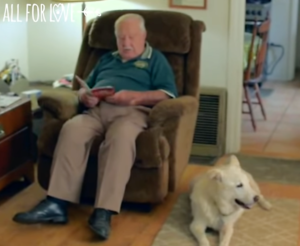 A volunteer with the rescue organization drove straight out to Arizona to pick Sam up, then drove back to California and dropped him off at George’s home in Downey. It was, as George says, “love at first sight,” and they’ve been inseparable ever since.

I’ve received a few medals, ribbons, and commendations during my Naval career, but this dog fills my heart more than all of them put together. 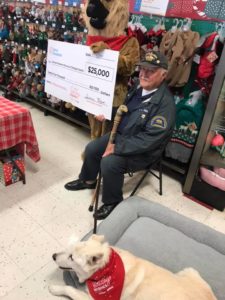 But the good news doesn’t stop there… Petco was so touched by the story of these two old-timers coming together that the company awarded a $25,000 grant to German Shepherd Rescue of Orange County! The group’s also in the running for Petco Foundation’s People’s Choice Award, and voting will continue through December 19. To cast your vote, click here.

Watch the video below to hear more about this match made in heaven, and remember to share to remind everyone that older pets make great companions!