Sometimes all it takes is a simple act of kindness from a total stranger to remind us that there are truly decent and compassionate people walking among us every day.

Diane was on her way to work at Tim Hortons in Buffalo, New York, when she encountered just such a person. Unable to get a ride, Diane called Uber and Lamiyah Jabbar showed up to drive her to work. During their brief and idle conversation in the car, Diane shared that she was having a tough time making ends meet. 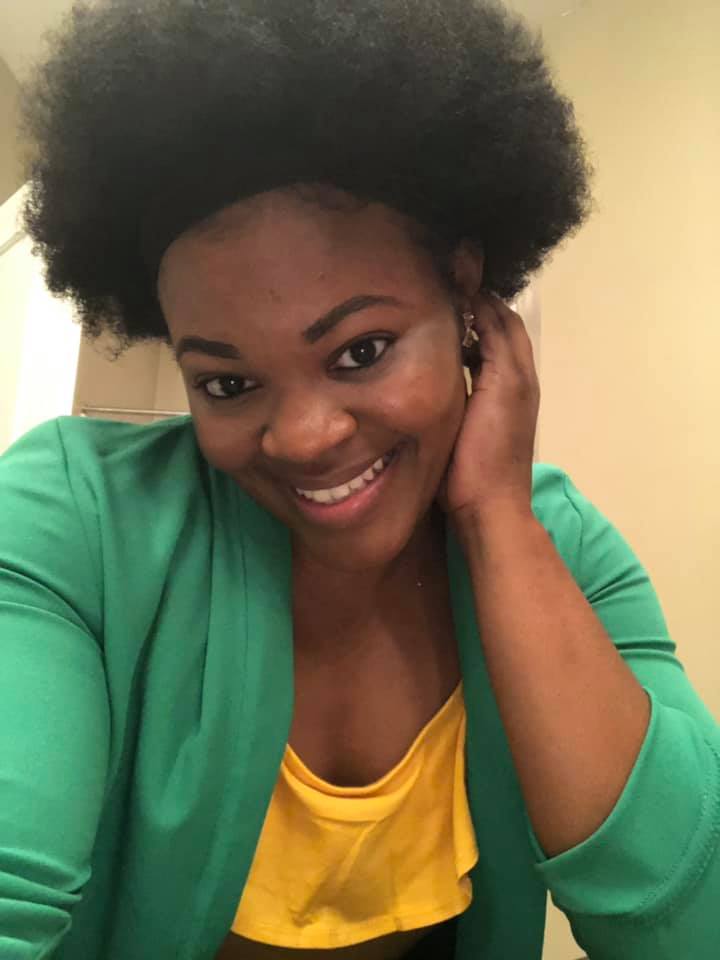 “She was communicating to me how she takes care of grand kids and because she takes care of her grand kids, she doesn’t really have money leftover to be able to buy herself stuff,” Lamiyah explained. As Diane lamented her lack of finances for even the most modest items, Lamiyah was moved by her story. All Diane hoped for was a new dress to wear to church, a robe, and some house slippers.

After dropping Diane off at work, Lamiyah couldn’t stop thinking about her. While she isn’t rich she has enough to buy herself clothing and other basic needs, and she began thinking about how it would feel if she couldn’t cover these costs herself. Her mind made up, Lamiyah decided not to pick up another fare and instead drove straight to a nearby mall. She then found a shopper who looked to be about Diane’s size and purchased a new dress and a $50 gift card to get the other items Diane needs. 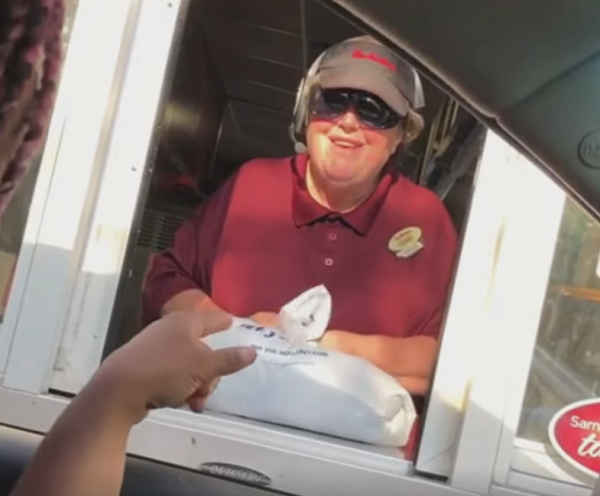 That’s when the real fun began for Lamiyah, who brought the purchases straight to Diane’s work and went through the drive-thru. Diane seems flustered when she pulls up, clearly having a rough day, but all of that changes when Lamiyah tells her who she is and why she’s there.

“This morning I gave you an Uber ride to work,” she tells a befuddled Diane. “Oh, yes!” Diane said as recognition dawns on her. Her face lights up as Lamiyah hands her the shopping bag and tells her she bought her a new dress, but when she continues and hands the lady the gift card Diane looks like she might burst into tears. 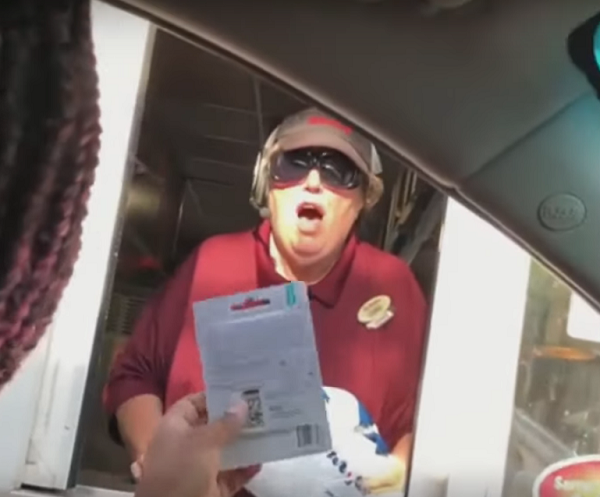 “Oh, you’re so sweet,” Diane exclaimed. “Thank you so much! This has been such a horrible day. You just made my day!”

Lamiyah says she often goes out of her way to do kind things for others, but this is the first time she’s ever recorded their reaction. “I’m one of those people who’s like, you can’t tell me your issues and I can’t move on without helping,” she said. 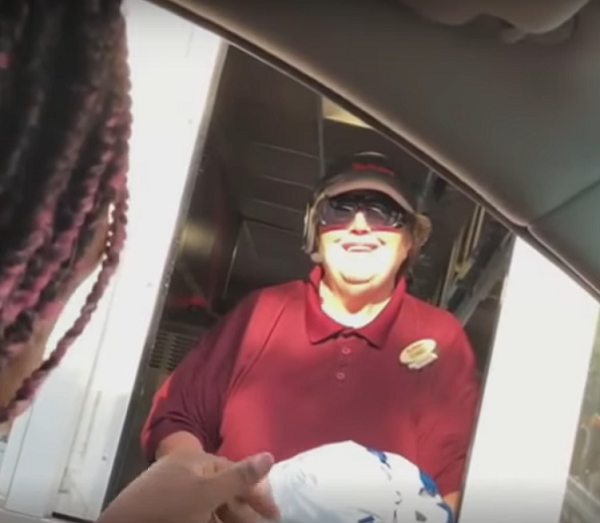 Now that the video of Lamiyah surprising Diane at work has gone viral, Lamiyah hopes that more people will follow her lead. Even a small item that someone needs will bring them so much joy, especially when it’s gifted to them by a kind stranger who expects nothing in return!

Don’t forget to share this story to inspire more random acts of kindness in the world.