When Trooper Mark Gilberg finished his shift last week, he didn’t call dispatch just to sign off for the day or for a long weekend. This was his final sign-off ever.

As the longest-serving trooper for Arizona Highway Patrol’s Kingman district, he poured all 37 years’ worth of emotion into his goodbye. Gilberg radioed dispatch from his home in Kanab, Utah, just outside the Utah-Arizona border, with his daughter, Rachel Gilberg, filming a scene that has viewers everywhere scrambling for their Kleenex. 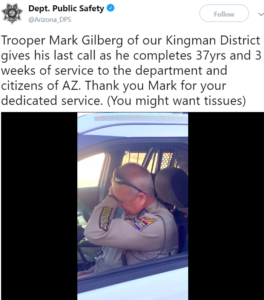 The retired trooper began his career with the department in March 1981. Consider this: When he made his first sign-off call, virtually no one had cell phones!

Before he even places the call, he’s already wiping away a steady stream of tears (and so are we). With visible effort, he’s finally able to calm his voice so his final words to the dispatcher can be recorded for posterity… 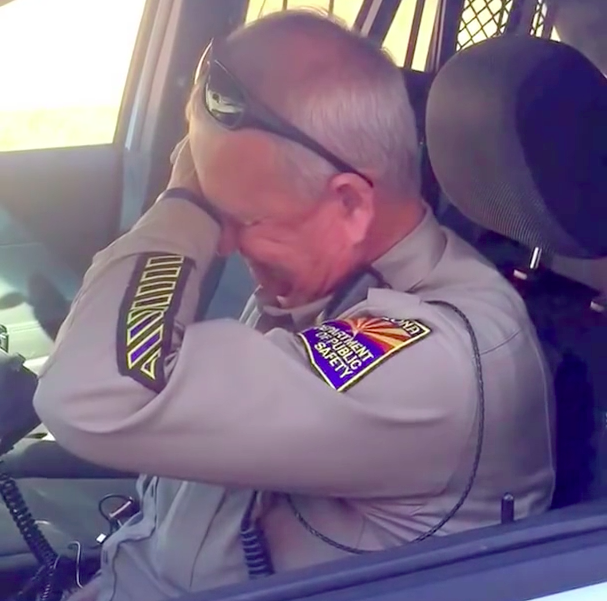 “I just wanted to thank everybody for everything that they’ve ever done,” he says. “It’s been an honor and a privilege — and a great career.” 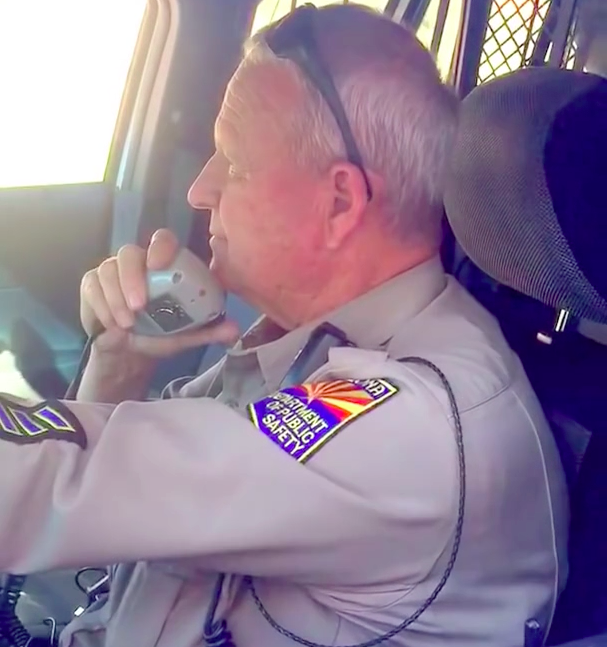 It’s been a great adventure. I want to thank everybody that’s ever helped me and, as I said, it’s been an honor and a great privilege to serve in this great department, work with all you fine people… It’s been a great ride. Thank you very much and keep smiling.

But Mark wasn’t the only one in tears; the dispatcher noted he was making her cry, too. 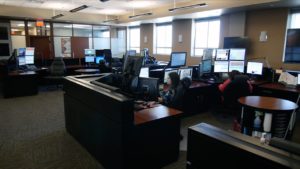 “Thank you for your service, too,” she replied. “And we appreciate everything that you have ever done. And congratulations on your tenure, that’s awesome.”

Listen to the entire sign-off in the clip below — we can almost guarantee you won’t make it through without shedding a few tears. Don’t forget to share the heartfelt goodbye with your friends and family.