The new app Transcense is incredible. It’s helping people suffering with hearing loss communicate seamlessly with those around them in a way that’s never been done before. 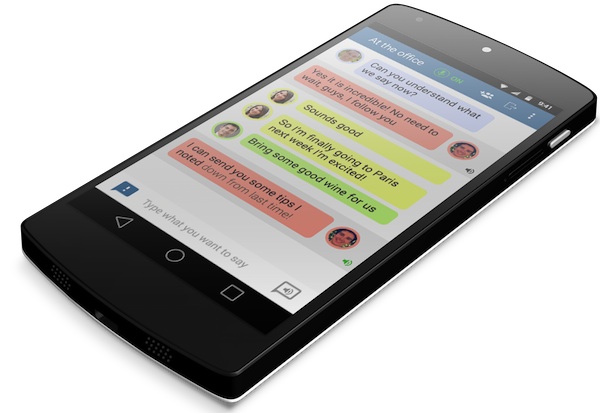 350 million people (5%) of the world have debilitating hearing issues that prevent them from communicating normally. This number alarmed founder and CEO of Transcense, Thibault Duchemin, who comes from an entirely deaf family and therefore knows first-hand the road blocks that come with hearing loss.

Those with hearing disabilities often feel discouraged from attending professional meetings or social gatherings because it’s extremely difficult for them conversations in a group. This can easily lead to isolation and a stalemate in a professional sense. Only 25% of English can be comprehended through lip reading, and interpreters aren’t always accessible. Booking interpreters can be expensive and having one around can often make a hearing disabled person feel dependent on someone else for basic communication. 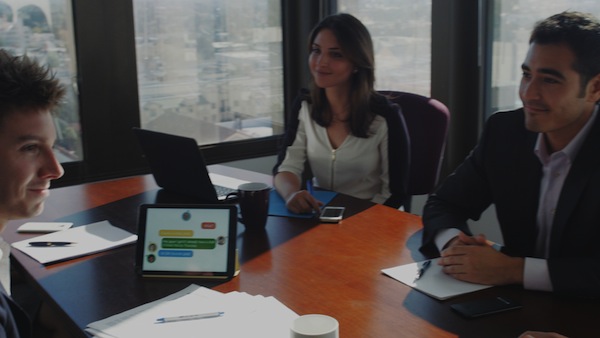 All of these issues were the inspiration for Thibault’s idea. Thibault began developing an idea to make communication easily accessible, along with two other USF an Berkeley students, Skinner Cheng (who is deaf) and Pieter Doevendans who in educated in American Sign Language. Their collaboration lead to the birth of Transcense. 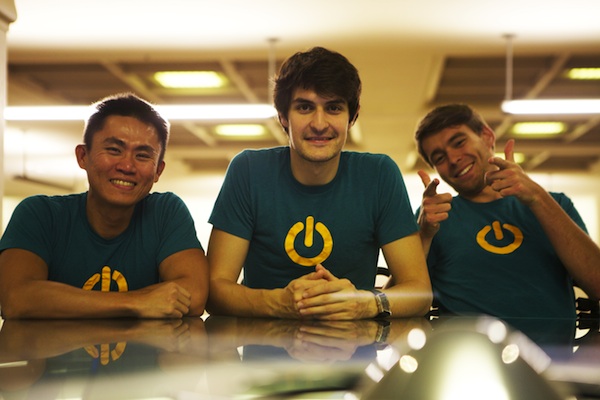 The Transcense team worked with over 300 audiologists, speech and behavior design experts, and those who are hard of hearing of all ages to develop a technology that worked quickly and efficiently to interpret speech. The transcense mobile app connects with other smartphones, uses their microphones to decipher their speech, and flashes messages right to the user’s screen at lightning fast speed. ASR systems track the speech and algorithms the team has developed and are able to layout the conversation with color coding so the user can follow what’s going on. Users can communicate their responses through the app with a personalized electronic voice or through speech. 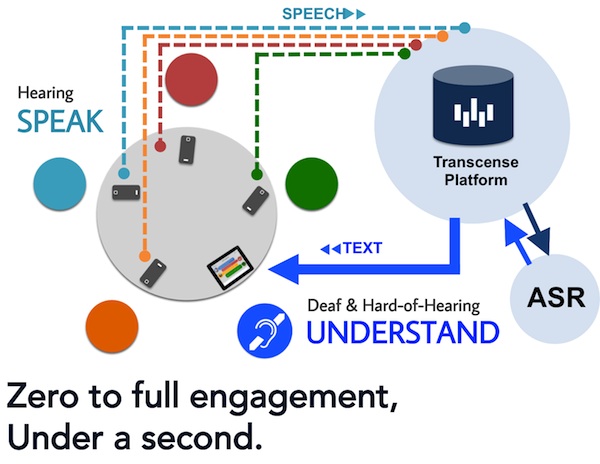 The group is currently hosting an Indiegogo campaign for $25,000 so that they can bring Transcense to iOS and the web. The app already being beta tested privately on Android.

The independence which Transcense creates for those with hearing disabilities can make a huge difference in so many lives. Transcense is right in your pocket and available whenever you need it. One year of unlimited use is offered for $360, much more affordable than hiring translators for every outing and meeting. Unlike traditional apps that create an escape and allow people to tap out of real life, Transcense is facilitating basic communication and uniting the deaf and hearing-abled.