Imagine how scary it would be to know a tornado is headed your way — and you can’t run.

That’s the frightening situation Gregory Beck found himself in when severe weather recently struck St. Louis, Missouri. He was on his way home from a grocery store when suddenly, he heard tornado sirens. Gregory is a double amputee and legally blind due to complications of diabetes, and as such, gets around in a wheelchair. 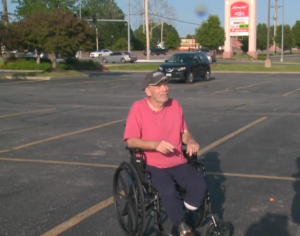 While Gregory started wheeling himself as fast as he could, the trip home usually takes him around 25 minutes. He has to take breaks as well to regain his energy and strength. Many passing drivers saw him struggling, but only honked their horns and yelled instead as he crossed the street.

“Everyone kept telling me the storm is coming and you need to hurry up and get home,” Gregory said. Yet none of them stopped to offer help… at least, until 16-year-old Seth Phillips and his mom Amber Gilleylen noticed Gregory at a gas station and pulled up to ask whether he was okay. That’s when the teen jumped out of their van and offered to push Gregory the rest of the way home. 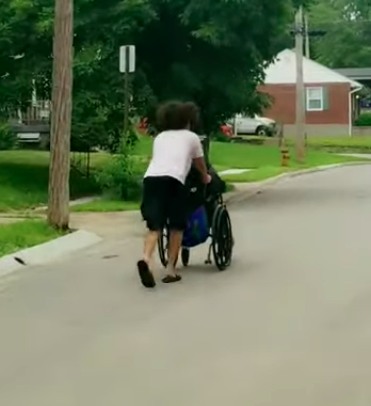 Amber couldn’t be more proud of her son as she followed behind, recording the act of kindness. Seth ended up pushing Gregory about a quarter of a mile uphill — a trip that would require Gregory to take as many as 10 breaks on his own. 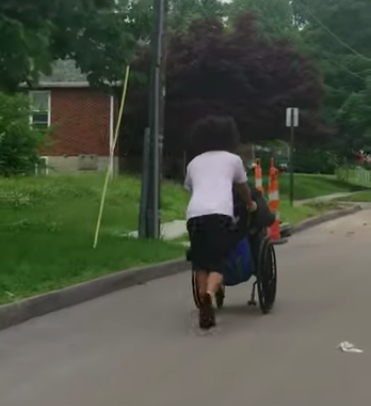 Seth says he did it for a simple reason: “We need to be caring for each other and helping each other out.”

And with that sweet philosophy, Amber says he’s setting the perfect example for other kids his age. “My hope is that other teenagers will see that it’s the cool thing to do, you know, it’s good to help other people. It doesn’t make you uncool to stop and help someone who needs it,” she added. 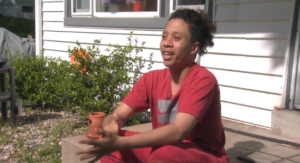 But the mother and son didn’t just help Gregory get home. They wanted to make sure he’d never run into the same problem again, so they set up a GoFundMe campaign in order to buy him an electric wheelchair — and they’ve already surpassed their goal! If everyone cared about their fellow human beings as much as these two, the world would be a much kinder place, don’t you think?

Watch as Seth helps Gregory to safety in the video below, and share to spread this young man’s compassionate nature with others!