Tonya Ruiz of California was a model in her younger days. She later became a public speaker who focused on body image, hoping to spark conversations about the unrealistic physical standards women are held to in our society.

Tonya often used Barbie dolls in her presentations, drawing attention to their unattainable body proportions to illustrate her point. 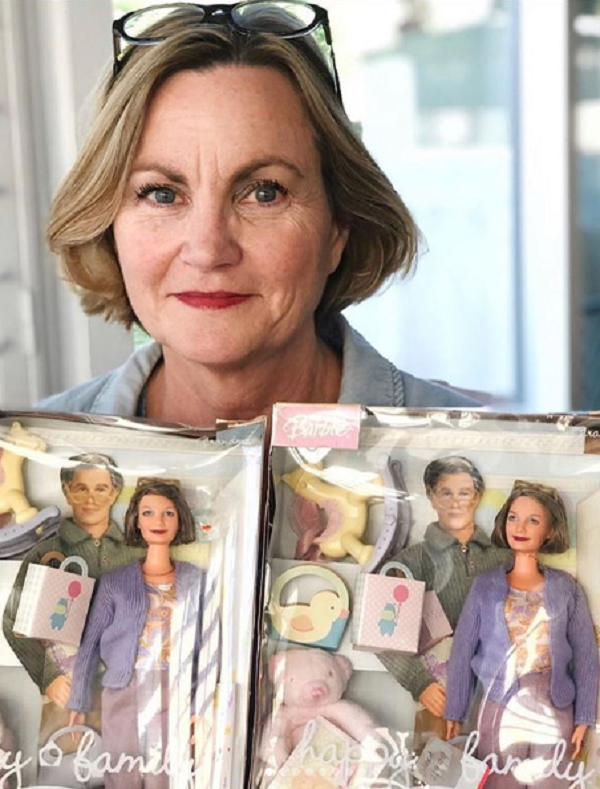 When she retired, her two granddaughters discovered her stash of Barbie dolls in the attic. She was happy to let them play with the dolls, but still found Barbie’s “perfect” looks troublesome.

“I heard Mattel came up with a new line of Barbies that look more like real people so I wanted to find them,” Tonya explained. “I wanted to show my granddaughters Barbies are not just about the shoes. It’s more about real life and family and realistic things.”

Tonya allowed each of the girls to choose their own Barbie as long as they picked a doll that resembled themselves or someone in their family. This trip to the store sparked a new hobby for Tonya and the kids! They began designing tiny props to use with the dolls and photographing them for her Instagram page, Grandma Gets Real. 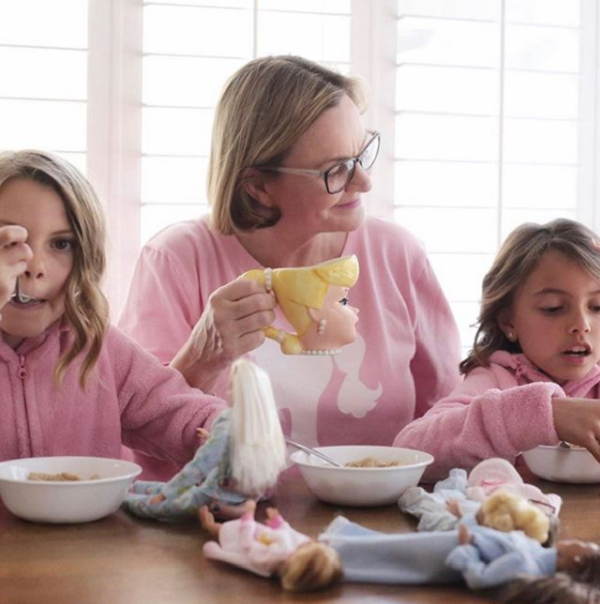 To their delight, Tonya’s Instagram page steadily gained popularity until they had thousands of followers. When the novel coronavirus lockdown period began, Tonya shifted gears and changed her realistic Barbie designs to reflect the current state of affairs. Her first venture into the new “Quarantine Barbie” series began with one many of us can relate to: “Stay Home Curvy Barbie Wearing Stretchy Pants.” 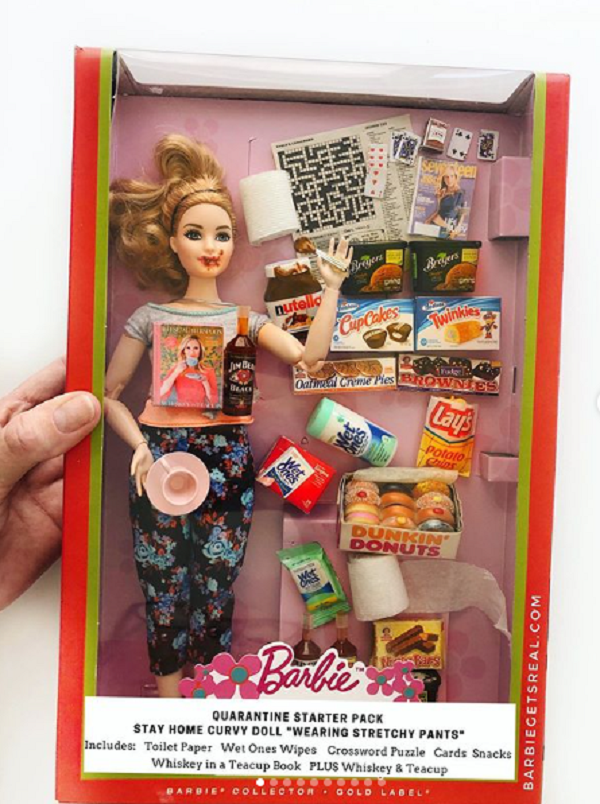 As you can see, this edition of Tonya’s faux Barbie line features relatable items like toilet paper, crossword puzzles, snacks, and whiskey in a teacup!

Tonya’s friends, family, and fans loved her hilarious takes on Barbie in the time of corona. The requests began pouring in, so Tonya got busy creating some more realistic Barbies based on their suggestions and her own imagination.

“So many people said – finally a Barbie I can relate to,” she said. “I love that because that has been my message for the years I spoke about body image. You can’t look like a Barbie. You’re a real woman.”

Here’s a sampling of some of Tonya’s designs. Which one do you relate to? (Our answer: all of them. It’s all of them.) 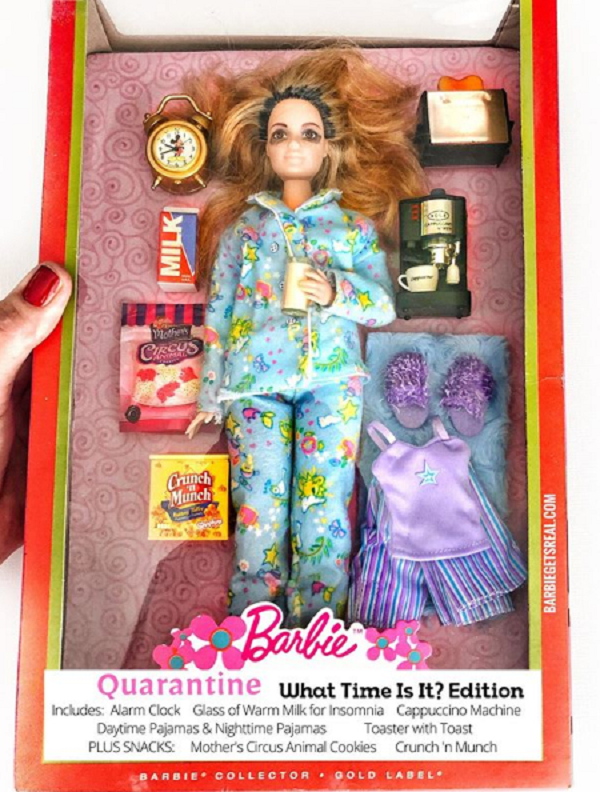 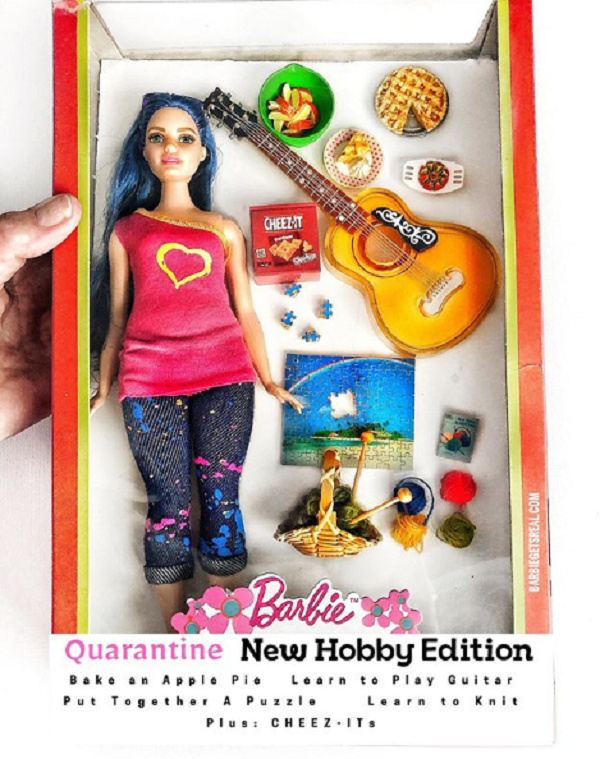 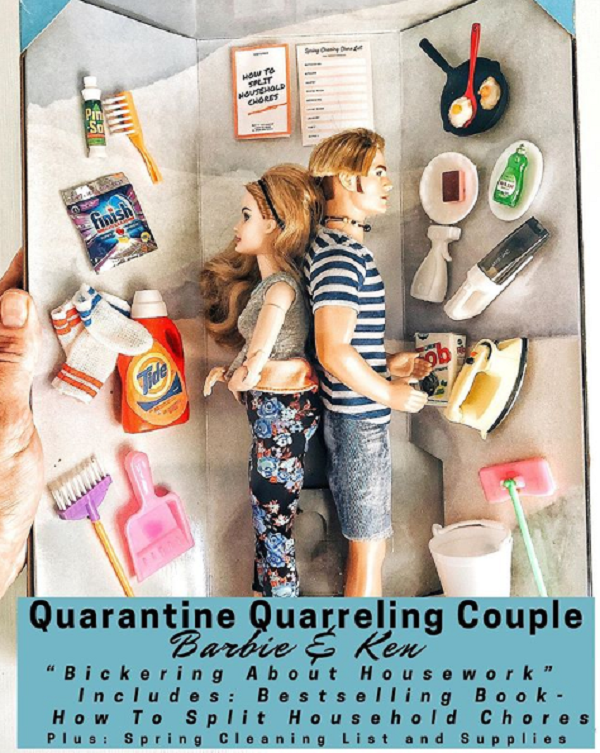 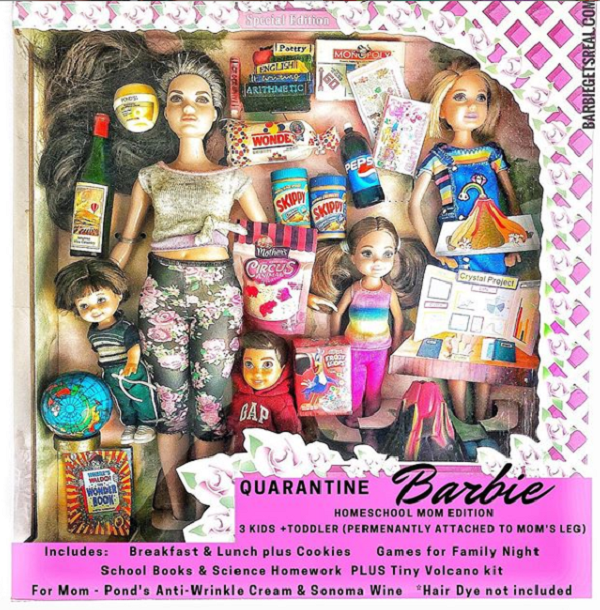 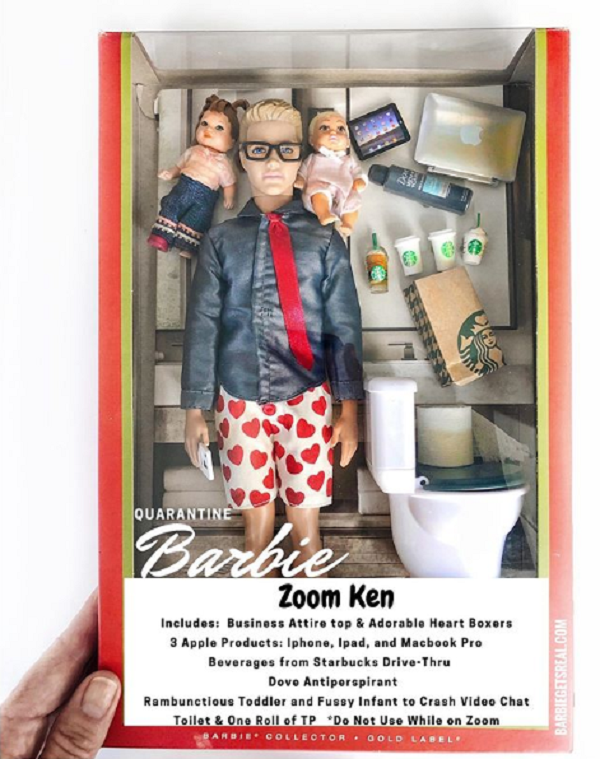 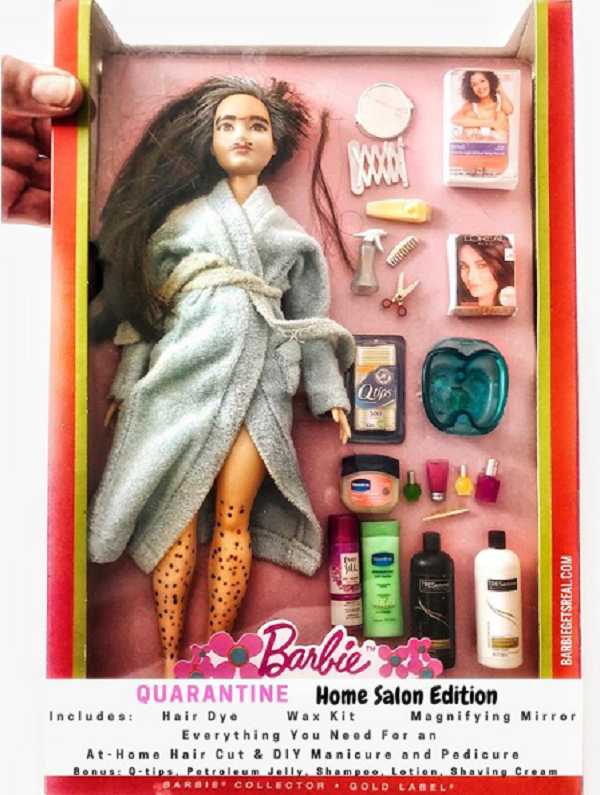 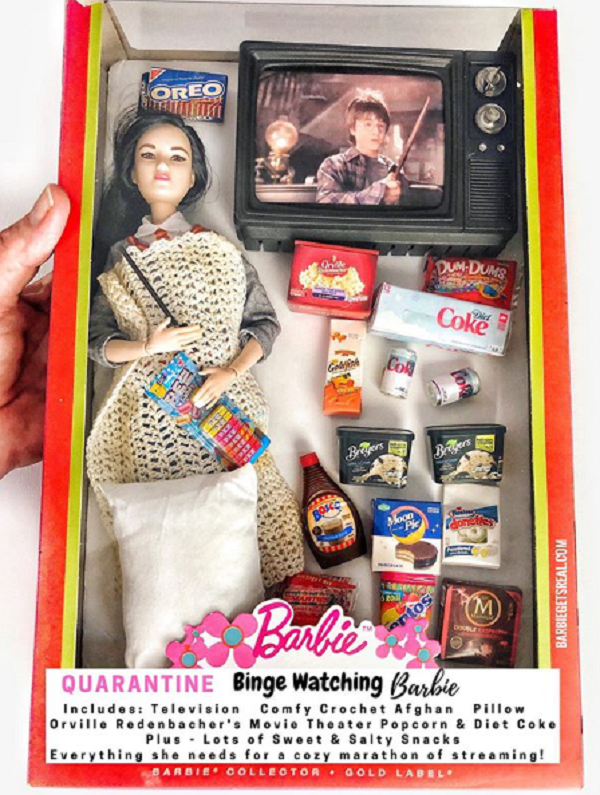 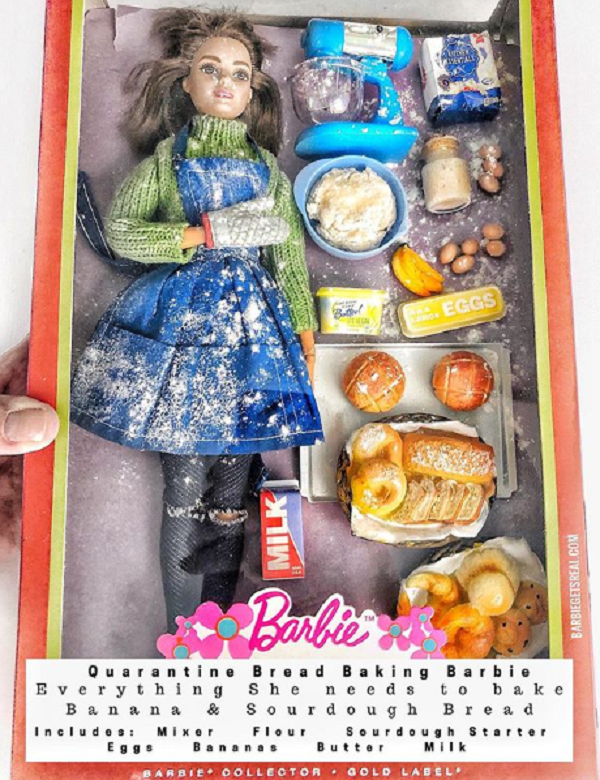 In addition to realistic Quarantine Barbies and Kens, Tonya has been highlighting the pandemic heroes who’ve emerged in our society as well! 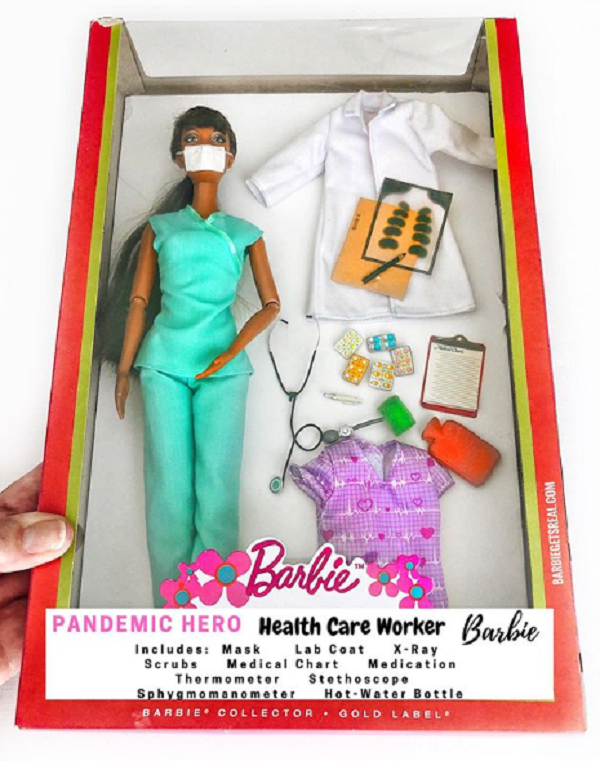 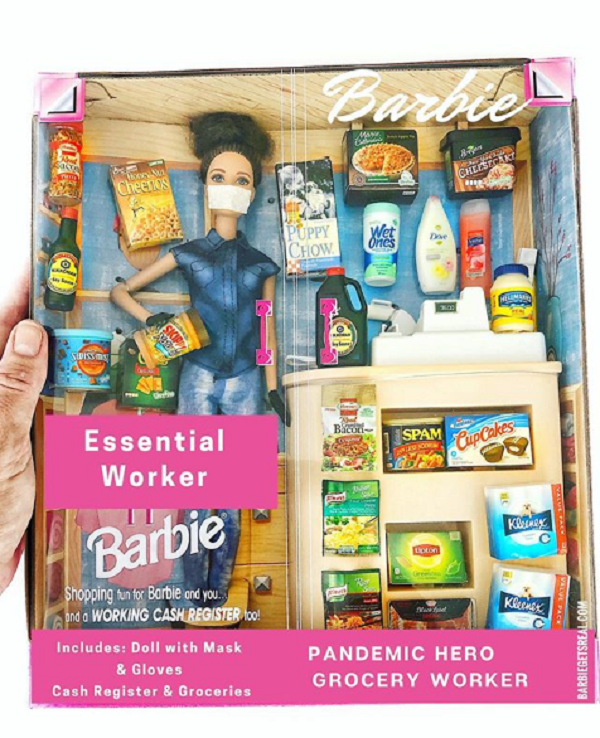 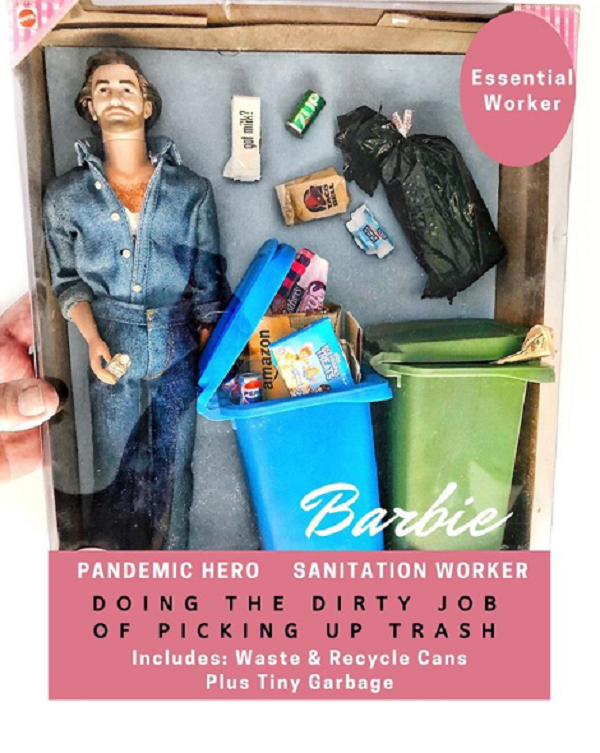 Unsurprisingly, Tonya’s creations are now going viral. She says people are even asking where they can buy her Quarantine Barbie line! They’re simply “comedic commentary on the quarantine” to Tonya, but to the rest of us they’re pure gold. Way to be creative while spreading a message of body positivity and acceptance, Tonya!

Share this story with someone who can relate to all of these hilariously real Barbies!

During the COVID-19 lockdowns, many people spent their time baking bread or watching Netflix. Others, like 17-year-old Mariella Satow, spent their time changing the world! Mariella has dual citizenship between...

Teen Develops App So Nonverbal Sister Can Communicate And Now It’s Free For Everyone!

People often take the ability to communicate for granted, but when you grow up with a sibling who is nonverbal, it changes the way you look at the world. Archer...

If you know anything about stop motion animation, you understand it takes an incredible amount of time, effort, and patience. The film-making technique creates the illusion of movement by capturing...