Many things probably come to mind when you hear the name Tonya Harding, but “great sense of humor” might not be one of them.

Although Tonya is a two-time Olympic champion figure skater and the first American woman to ever land the triple axle, her talents were overshadowed in 1994 when her ex-husband and his friend attacked competitor Nancy Kerrigan outside of the Olympic games in Lillehammer, Norway. Guilty of hindering the ensuing investigation, a disgraced Tonya was banned from the U.S. Figure Skating Association for life. 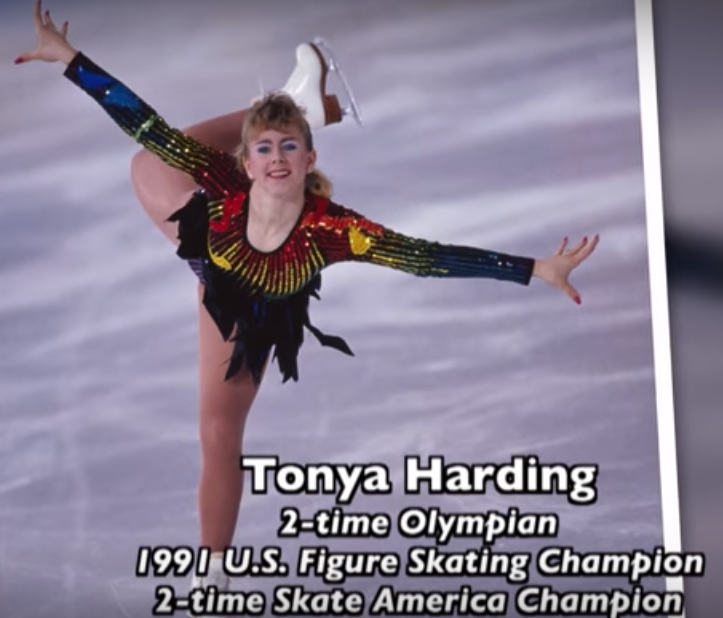 In 2018, the film “I, Tonya” told her side of the story, and Tonya seems dedicated to changing the public’s perception of her completely.

Tonya’s softer side is on full display in an episode of “Average Andy” on “The Ellen Show.” In this segment, Ellen sends out her adorably “average” producer, Andy, to perform silly stunts for our amusement. This time, Ellen asked Tonya to teach Andy how to skate! 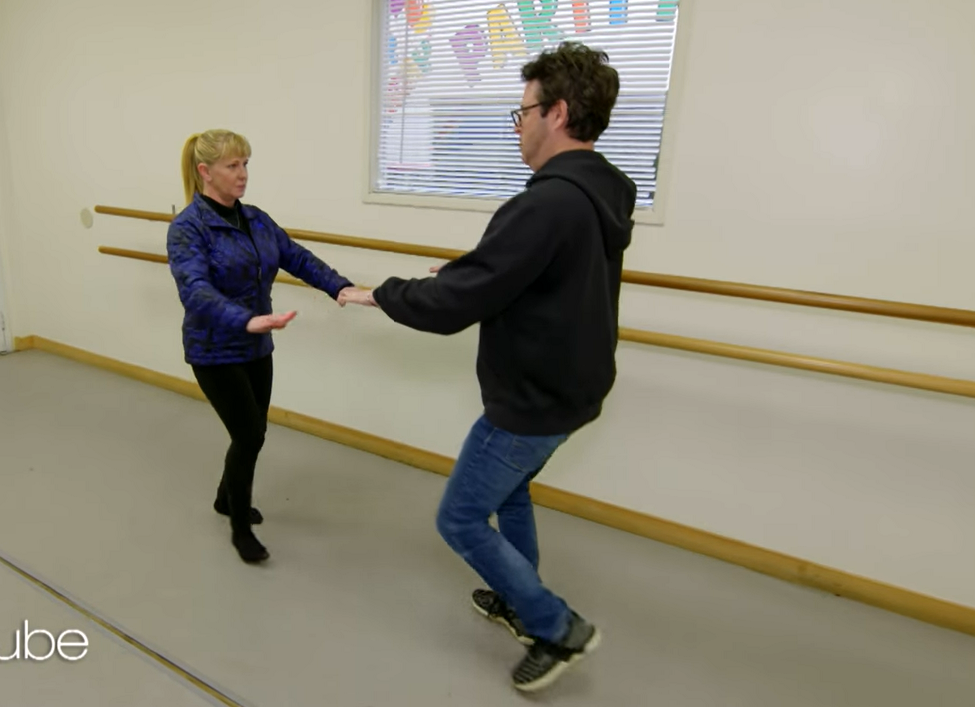 The skating duo started with the basics, off-ice. Andy was just getting the hang of this awkward walking thing, when Tonya decided it was time to take things to the next level. Unfortunately, Andy brought his hockey skates instead of figure skates, but they made it work. 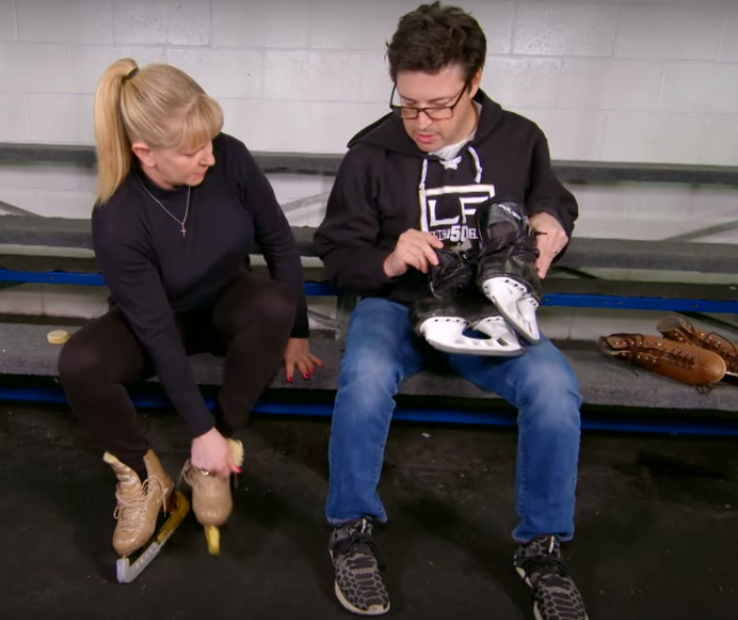 Tonya is actually super patient and kind as she guides Andy through some basic moves. In fact, Andy can’t help remarking, “This is more encouragement than I’ve had in my entire life. I need this.” 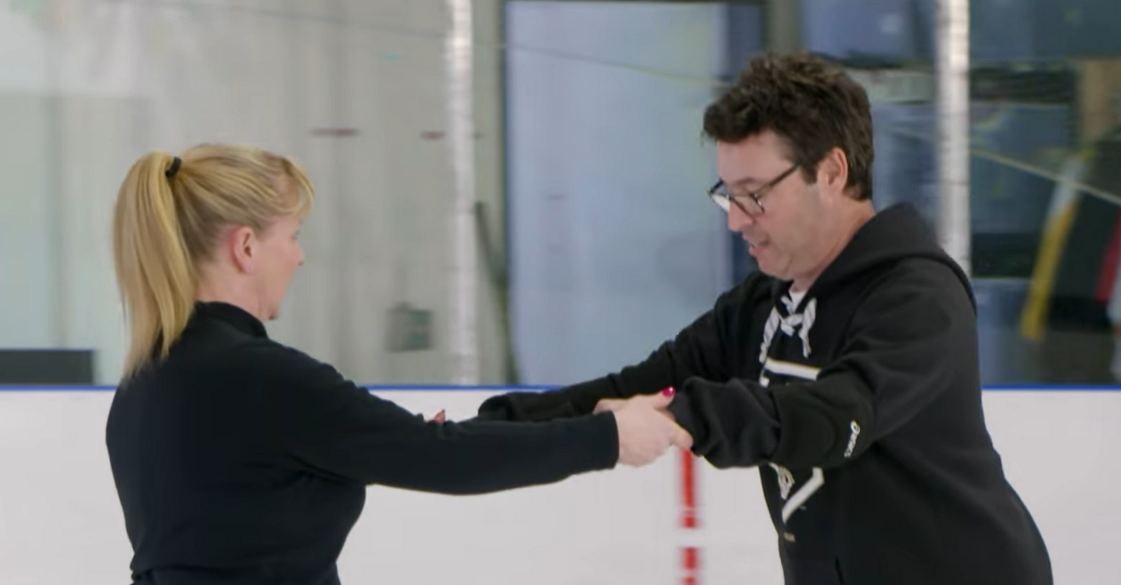 Later, when Andy’s skills have blossomed (ha ha), he dutifully puts on his fancy skating outfit… which he hates.  That blousy, multicolored shirt and slicked-back hair! “I’ve never felt worse about myself,” he mopes.

But like any good sport, Andy soon embraces his skating alter ego. 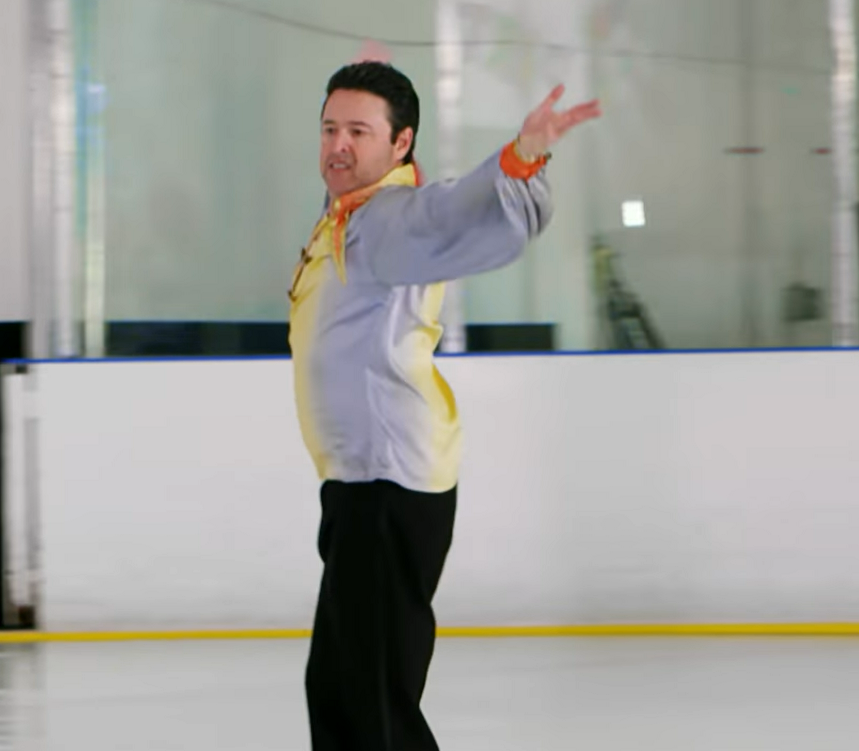 One he hits the ice with Tonya, he’s ready to wow us all with his killer moves. Well, mostly.

That toe pick really did him in! He throws his old skates back on and really finds his skating juju. Next thing you know, he’s telling Tonya to follow his lead. He’s really got this! “Follow me,” he says in excitement. “Just follow my moves!” 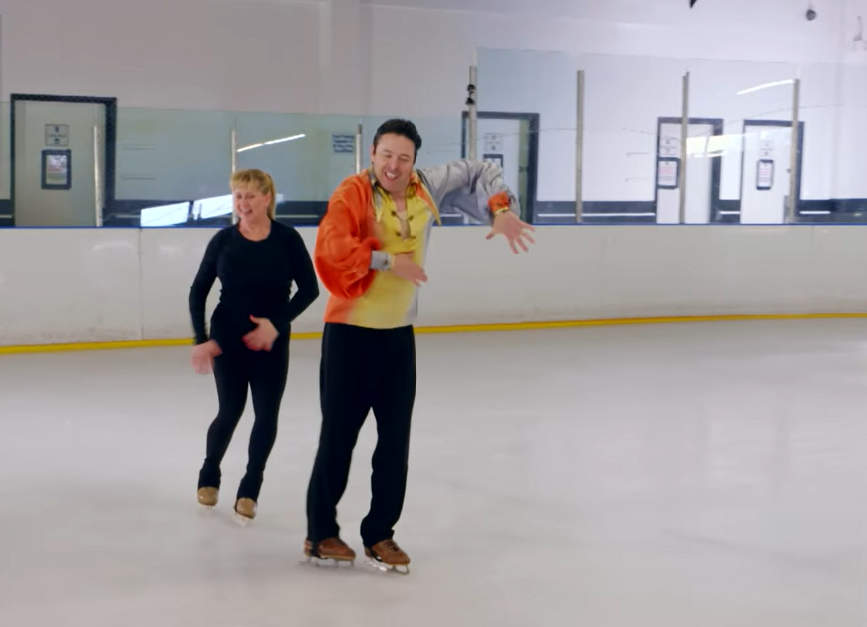 The end of their routine is definitely the funniest part of the whole video. We won’t spoil it, but let’s just say this is what they look like when they’re done: 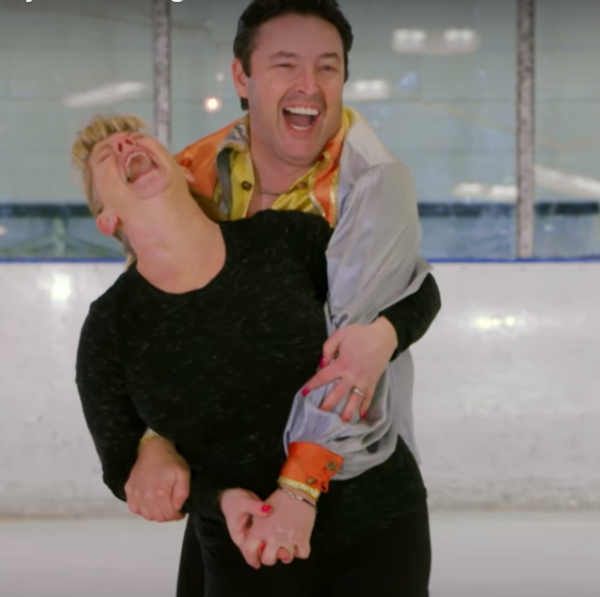 It’s nice to see a “kinder, gentler” side of Tonya. And yes — she’s got a great sense of humor!

Great job, Andy and Tonya! Watch the entire routine for yourself below, and don’t forget to share with a friend.