Who doesn’t love Tom Hanks? Ever since the 1980’s, Tom Hanks has been highly regarded for his talent as an actor and his likability as a person. From Forrest Gump to You’ve Got Mail to Toy Story to Cast Away and many, many more… Tom Hanks has that magic touch that turns everything to gold!

Hopefully, Tom’s magic touch extends beyond Hollywood. If it does, then one newlywed couple is set for an awesome life together… because none other than Tom Hanks himself accidently crashed their wedding photos! The bride’s face says it all: 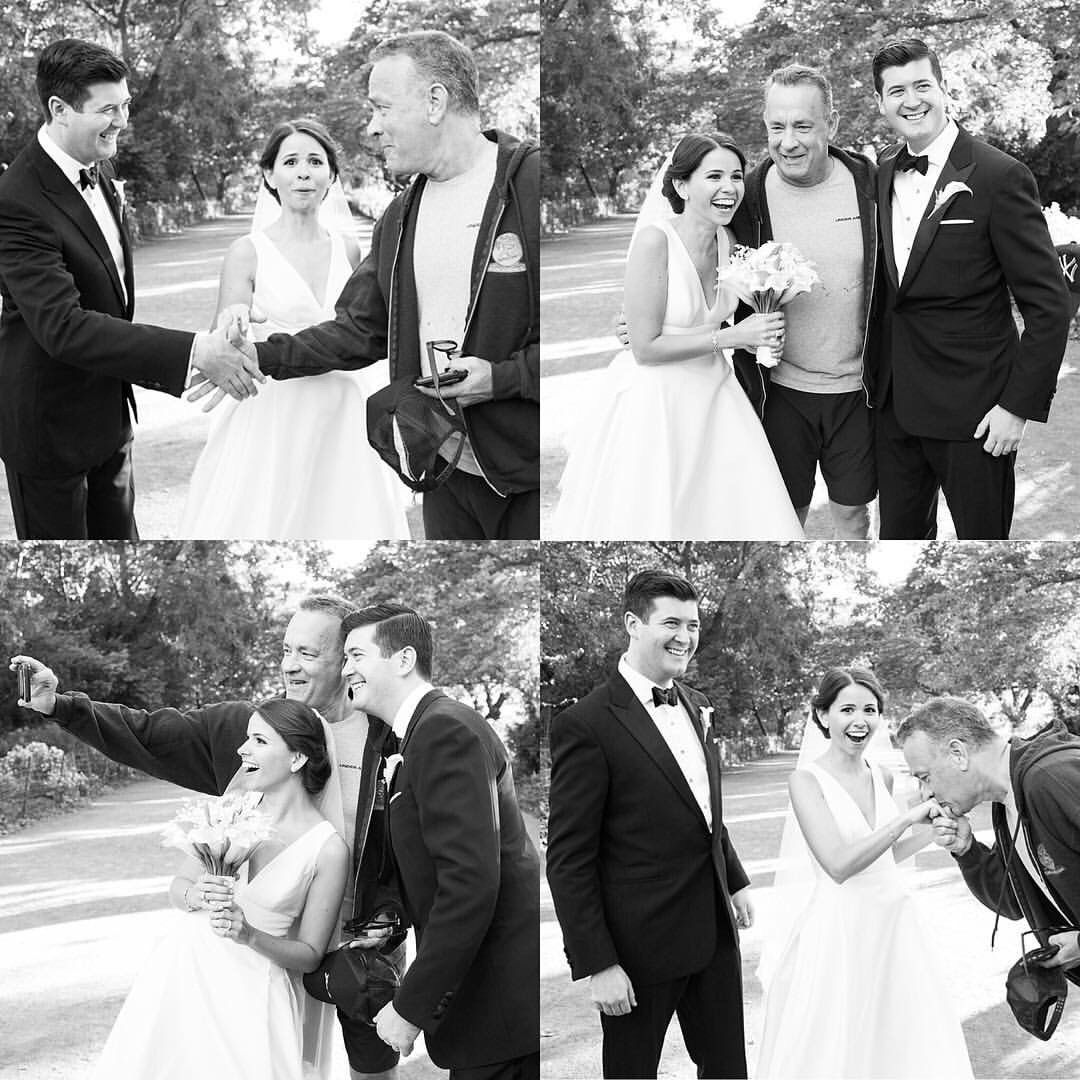 The photo above was posted to Reddit by the friend of the couple’s photographer, and it has already been viewed over a million times! The photographer caught the moment when Tom Hanks stumbled upon the couple’s photo shoot and stopped to take some pictures… and a selfie, for good measure!

It looks like married life is off to a good start for this couple!

What an awesome surprise! I guess Forrest was right: “Life is like a box of chocolates. You never know what you’re gonna get!”

See more of their surprise interaction in the video below.

A-list actor surprises couple on their wedding day in Central …

On the most important day of their lives, Tom Hanks made a couple's wedding photo shoot in Central Park even more special!Full video & story: via.q13fox.com/bScUi