After all, the sweet Labrador retriever is his closest companion — and a huge help with everyday tasks. “He’s been with me every step of the way since I got him,” Mike said. “He helps me open doors and drawers, turn on/off lights, picks up things I drop, etc.” 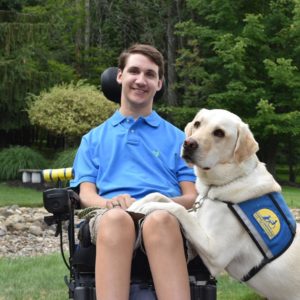 Grateful to have such a supportive friend, Mike has taken to showing his appreciation for Toli every year on the pup’s birthday. In April, Toli turned 4 years old, and Mike celebrated by taking the birthday boy to a local pet store, where he could pick out his own gift. 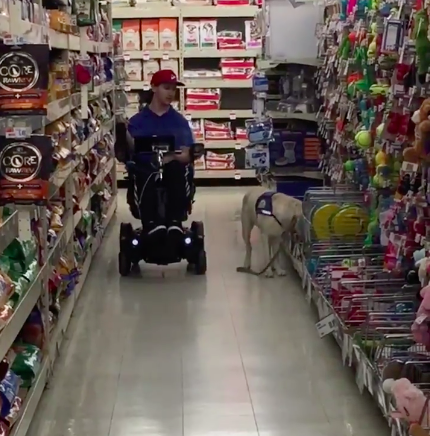 Another person recorded as the two browsed the toy aisle, Toli carefully checking out his options. He’s very calm and collected as he makes sure to sniff just about every plush toy and Kong. After much deliberation, the pup finds a winner: a stuffed rabbit toy. His wagging tail made it clear he was in love.

“This has kinda become a tradition on his birthday,” Mike said. “He loves taking naps and cuddling with his toys.” 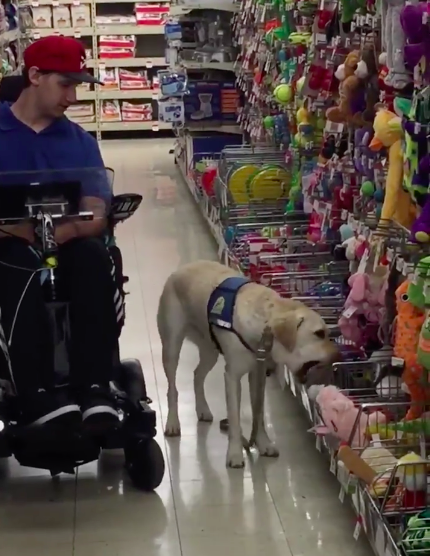 After they were done inside, Mike went the extra mile and treated Toli to a pup ice cream, too! 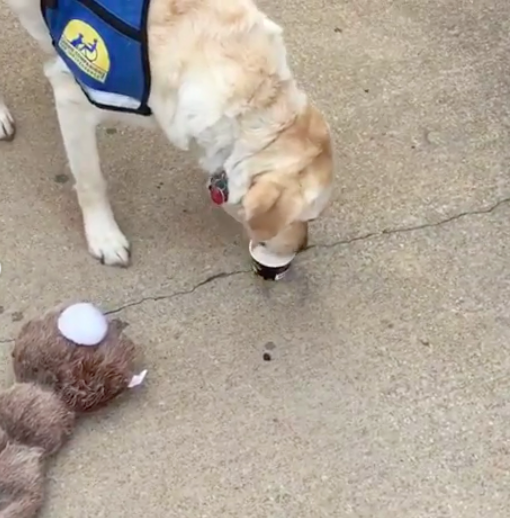 Later on, he shared the footage on Reddit, warming the hearts of thousands. Of course, everyone loves cute dog videos, but one person found it so adorable they felt compelled to celebrate Toli’s birthday as well.

Less than a week later, Mike posted an update, writing, that a “fellow Reddit user saw my service dog’s birthday video and sent him a gift from across the Atlantic!” 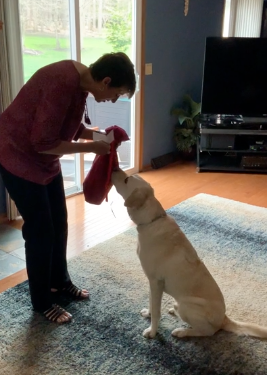 The accompanying video features a very attentive Toli being presented with an additional (and much noisier) dog toy from Reddit user litmeandme. Toli was pleased, to say the least. 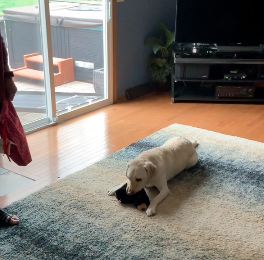 We can all agree that Toli deserves both of his toys for being the fantastic friend Mike can always depend on. Happy belated birthday, Toli! You are such a good boy!

Watch Toli’s birthday shopping spree in the video below, and share with other dog lovers to brighten their day.