Kalynne Marie, a single mom of a 2-year-old, knows that parenting can be tough.

When your child makes a mistake that results in a huge mess, it’s tough. When you’re tired and frustrated but trying to teach your kid something, it’s tough. But when you both of the aforementioned situations take place in public? That’s the worst.

But Kaylinne just witnessed that exact scenario while sitting at Starbucks inside a Minnesota Target, and now she’s calling one dad’s reaction to his son’s misstep “parenting done right.” Check it out: 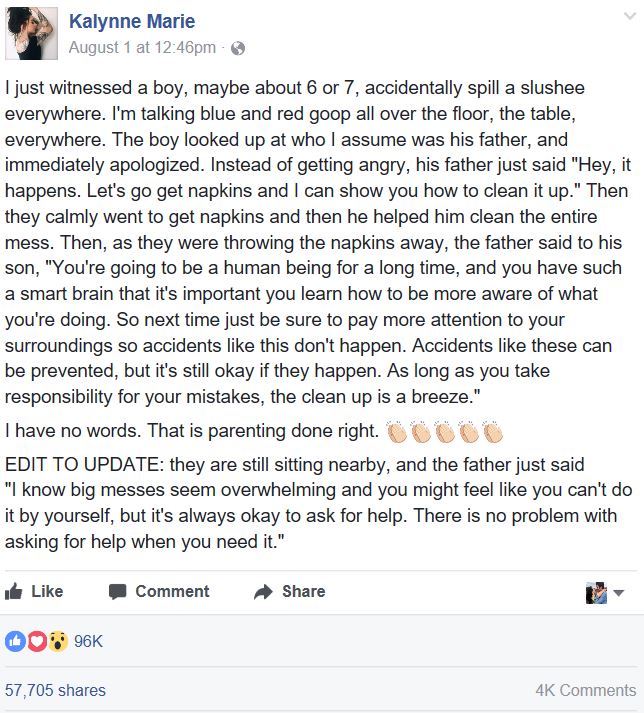 Did you catch all that?

Not only did the dad keep his cool, he taught his son how to clean up, assured him he’s not stupid for making a mistake, showed him that we take responsibilities for our mistakes,  and even encouraged him to ask for help…  all while cleaning up “blue and red goop” in the middle of Target!

Kalynne was so impressed by his actions, she even took notes. “As soon as the father started helping his son clean up, I opened the Notes app on my phone and wrote what he said word for word, because I was so inspired by how he was handling the situation,” she said. 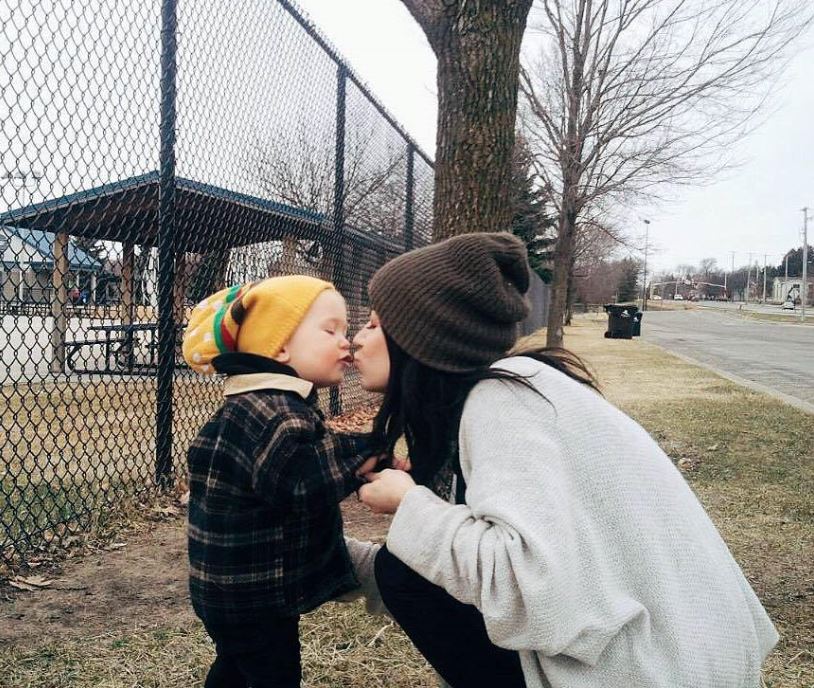 And she’s not the only one inspired. Her story has quickly gone viral with many praising the dad’s patience and wisdom.

Share if you were inspired by this father/son interaction!