Every single day for the past 20 years, Todd Kirnan walks up and down the main street of Gresham, Oregon, looking for ways to help his neighbors.

Todd has high-functioning autism, and he takes pride in doing the small errands and tasks that local business owners and residents need done each day. He can often be found delivering food and coffee, running letters to the post office, taking out people’s recycling, and whatever other odds and ends pop up during the course of an average day. 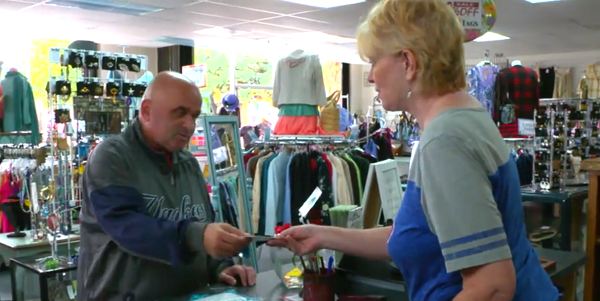 Gresham residents reciprocate for Todd’s kindness by tipping him, and he’s formed a sort of unusual business for himself over the years. Thanks to his cheerful demeanor and generous nature, he’s become one of the most beloved residents in the town.

“Can’t imagine downtown Gresham without Todd,” said one of Todd’s neighbors, and another chimed in that Todd is “always smiling.”

Recently the citizens of Gresham decided it was time to pay tribute to the community delivery man. How do you honor a man who gives so much to his community? Throw him a parade, of course!

Hundreds of people turned up to celebrate Todd, lining the streets and cheering for him as he soaked in the love. Someone even borrowed a Batmobile to drive him to the town’s center because they knew he loves old TV shows. 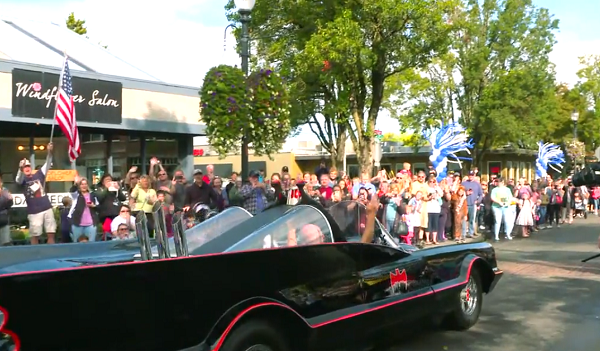 Once at the town square, Todd was in for an even bigger surprise. The townspeople had taken up a collection, amassing an astounding $54,000 that they used to have a statue built. The statue depicts Todd as he carries a tray full of coffees, and Todd could not believe his eyes when he saw it.

“Thank you for everyone being here for me in Gresham and I love you guys,” Todd joyfully exclaimed. 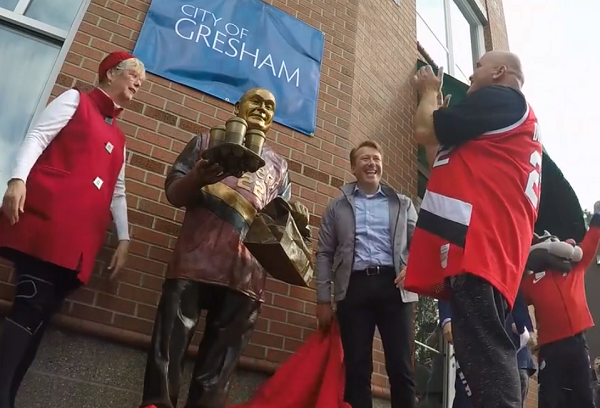 It’s important to remember those workers who provide us with a service that makes life just a little bit easier. The good people of Gresham, Oregon did just that when they chose to commemorate one of their most cherished citizen!

Watch the video below for more, and share this story to show others how good it feels to show your love and appreciation for the people who help you out!