Remember seeing the beautiful girls in high school? These girls had it all. They were talented, coordinated, popular, and confident. These girls would walk by and draw the attention of their adoring fans.

If you took the time to look past the high school’s leading women you would start to notice the background. The supporting roles were filled with a large array of unique characters.

That’s where I came in. I was as background as you could get. I tried with all my might to gain a leading role but I could never play the part. Any social gains I made were quickly sabotaged by anxiety, self-doubt, and my general awkwardness.

I wish I could break the fourth wall and have an honest conversation with my high school self. There are so many plot holes that need to be filled in.

The leading ladies add nothing of value to your story. In the end, they will only be minor contributing characters to a story that really takes off after they take their bow.

The leading cast members may return with the occasional guest appearance, but those appearances will only solidify that they no longer capture audiences as they once had.

As in all dramas, the story could not be told without the appearance of a villain or two. These characters seemed to be cast only to cause chaos and despair in the storyline of every other character.

Some of the villains even landed leading roles. These ones are particularly hard to tolerate. Watching your small world worship a person who seems to live to torment you is unspeakable torture. Even as an adult, hearing the name of one of these villains can induce that familiar nauseated panic you have accepted as a part of your high school experience.

Remember that karma is real. One day you will rise above these villains. You will also have the satisfaction of watching their lives take a turn via social media. Twist endings are the best.

Your position truly means nothing.

Obtaining a high ranking in athletics, social clubs, or academics has very little impact on your future. Your story will not be changed because you didn’t earn a starting position, get the most votes, or have the highest GPA. Doing your best and focusing on your physical, mental, and emotional health is going to take your story to the next scene.

Do what makes you happy.

Making decisions based on how the rest of the cast will perceive your part only leads to you feeling unfulfilled in your role. Allow yourself to embrace what makes you happy, regardless.

Some of the best characters are the ones who allow themselves to be exposed for who they truly are. This exposure can act as an invitation for other characters to join in your unique storyline.

The most important thing I wish I could tell my high school self is how amazing her personal spinoff ends up being. Her character is able to define her own storyline and be the kind of leading lady she always wanted to be.

This story originally appeared on Tired Not Dead 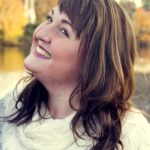 Kira Gilbertson
Featured Creator
Kira Gilbertson is generally awkward, uses too much dry shampoo, and is likely to avoid eye contact with you at the grocery s… Read More