If you’re a movie lover, then you probably have that one scene you’ve memorized forward and backward (and you definitely recite it in full when you’re feeling good at parties).

Whether you and your brother can perfectly perform a bit of the “Lion King” dialogue between Mufasa and Scar or you and your college buddies, for better or worse, have memorized all of “Animal House,” there are some scenes that just bury themselves in our minds. That’s apparently also true for one guy named TJ who has a thing for “Shrek” impressions. 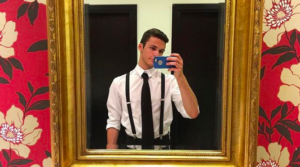 While stuck in the car with his sister, Maria, one day, TJ tried to find a way to pass the time. Then he had an idea… and he needed a little help from Shrek and Donkey.

Well, not exactly. He actually just decided that he’d play everyone’s favorite friend duo himself, complete with spot-on impressions. Obviously, because phones and the internet exist, Maria had to record the whole thing and post it on Twitter. 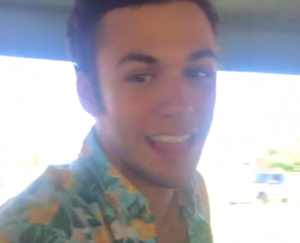 First, we’ll talk about his performance before addressing the fact that he’s obviously a beautiful human being, which Twitter users were quick to point out. It’s truly hilarious how effortlessly his voice passes between Eddie Murphy’s Donkey and Mike Myers’ Shrek. 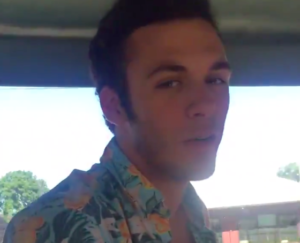 Okay, so his version of Shrek’s Scottish accent sounds a bit more like Antonio Banderas at points, but we’ll allow it. Maria and TJ were pretty stunned when the video went completely viral. In fact, she only posted it on Twitter for her cousins to see, since the video file was too large to send to their group chat. 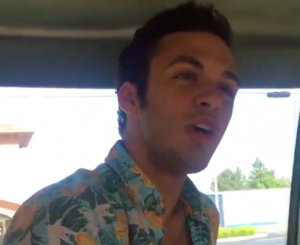 He chalks up his awesome performance to the sheer number of times he watched “Shrek” as a child. That love for the funny film is now attracting many adoring fans online. 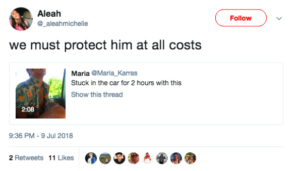 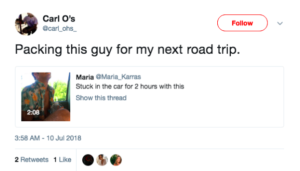 And here’s where we will once more address the fact that he’s easy on the eyes. Twitter users have developed full-on feelings for the guy and to be fair, we can’t really blame them. The good news is that Maria did confirm to BuzzFeed that TJ is, indeed, single. 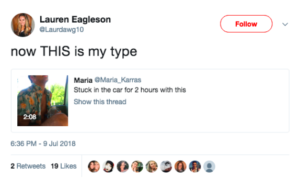 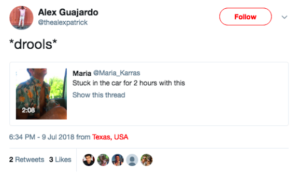 Well, TJ, you had all the makings of an internet star and you did not disappoint. Check out his little performance down below and share it with your friends to spread the laughter!

Stuck in the car for 2 hours with this pic.twitter.com/nlLb0a1FtG