Like millions of people around the world, Antonio Muñoz of Pesquería, Mexico is staying indoors to help slow the spread of COVID-19. With his entire city is on lock-down, Antonio and his neighbors have already gotten used to going without some of their favorite things. 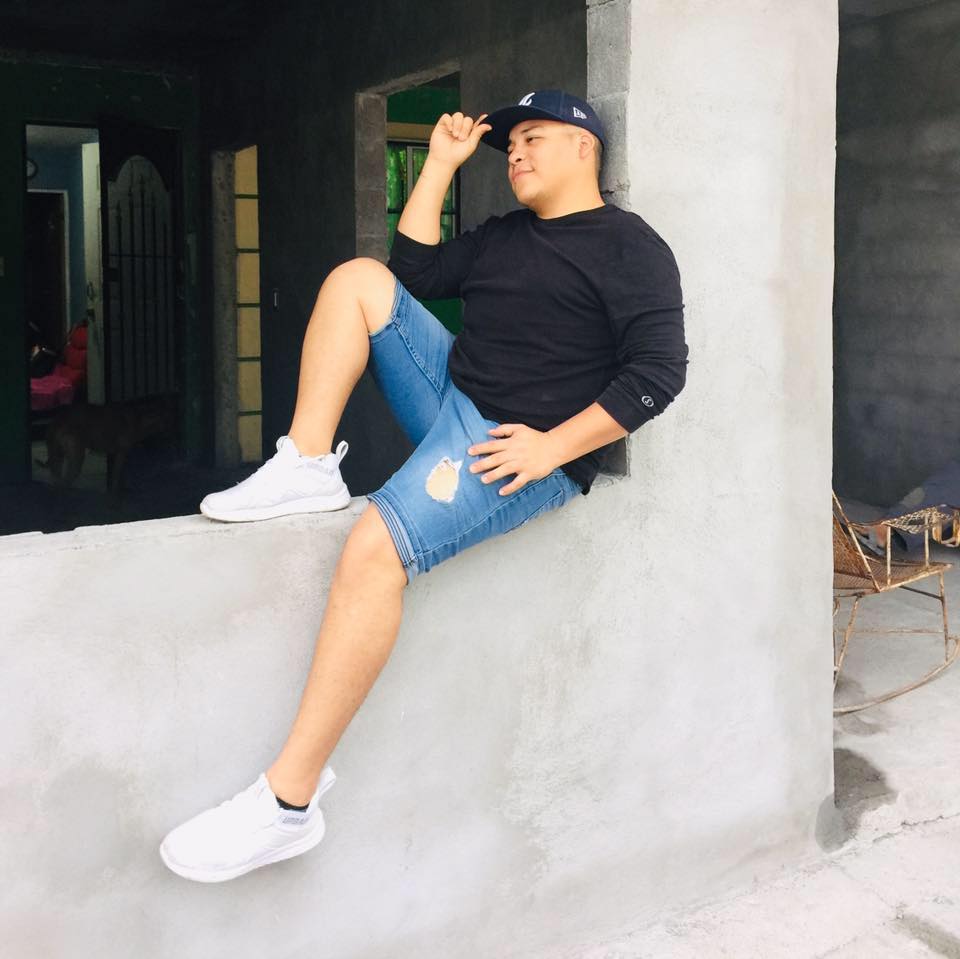 Everything was going fine for Antonio up until the third day of his quarantine. That’s when the craving struck. All he could think about was his favorite snack, a bag of Cheetos. To make matters even more frustrating, Antonio lives right in the city so the corner store was tantalizingly close.

What’s a quarantined guy to do when he’s literally feet away from all that cheesy goodness? Get creative, that’s what! 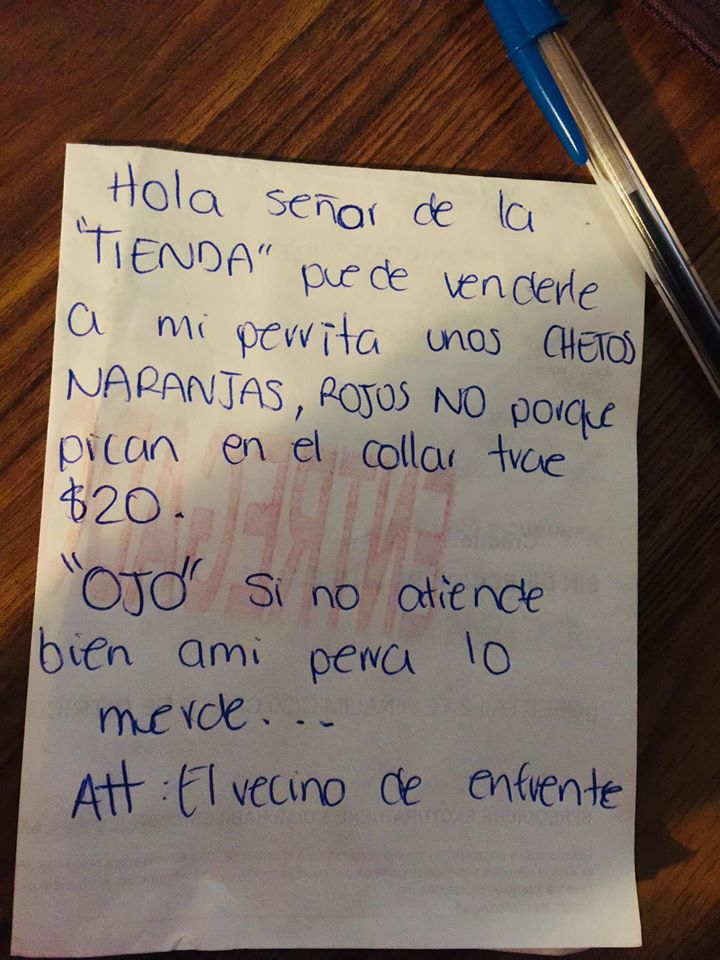 Antonio realized that his dog, a chihuahua named Chokis, was more than up to the task of retrieving a bag of Cheetos from the store. He sat down and wrote a note to the store clerk.

“Hello sir of the store, can you sell my dog ​​some orange – not red – Cheetos. In his collar he brings $20. WARNING: If you don’t take good care of my dog, he will bite. From, the neighbor across the street.” 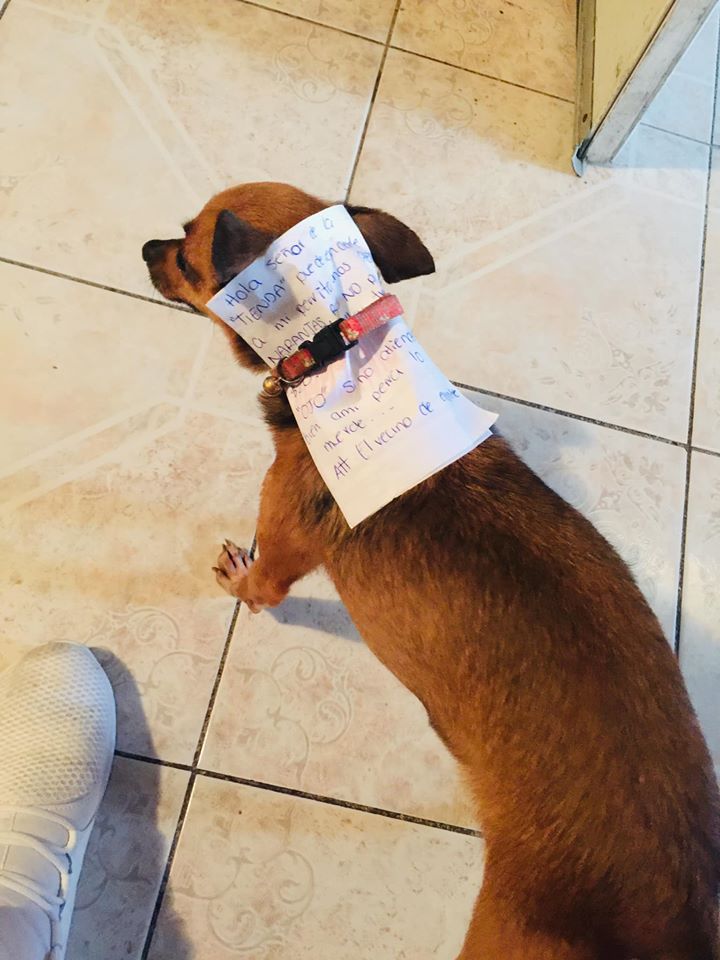 Antonio attached the note to Chokis’s collar and sent him on his way. Watching out his window with anticipation, Antonio cheered when he saw his loyal messenger emerge from the store victorious! Between his teeth he held an unopened bag of Cheetos. 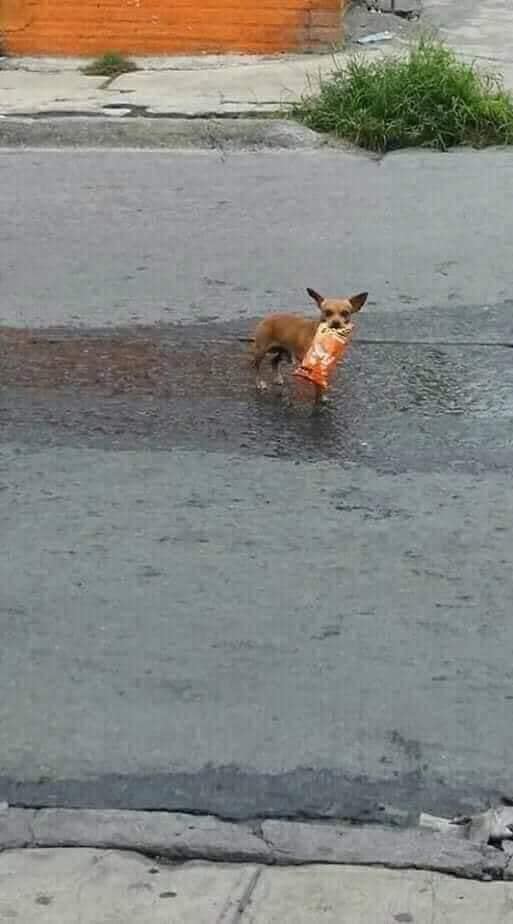 Antonio was so excited that he shared the story and pictures of Choki on Facebook, where it went viral. He’s now enjoying seeing Choki’s picture all around the internet. This snack-retrieving pooch is the hero we all need right now!

Antonio says Choki has become a real pro at doing his owner’s shopping. Since the Cheeto adventure, Choki has successfully brought back more flavors of  potato chips two more times! 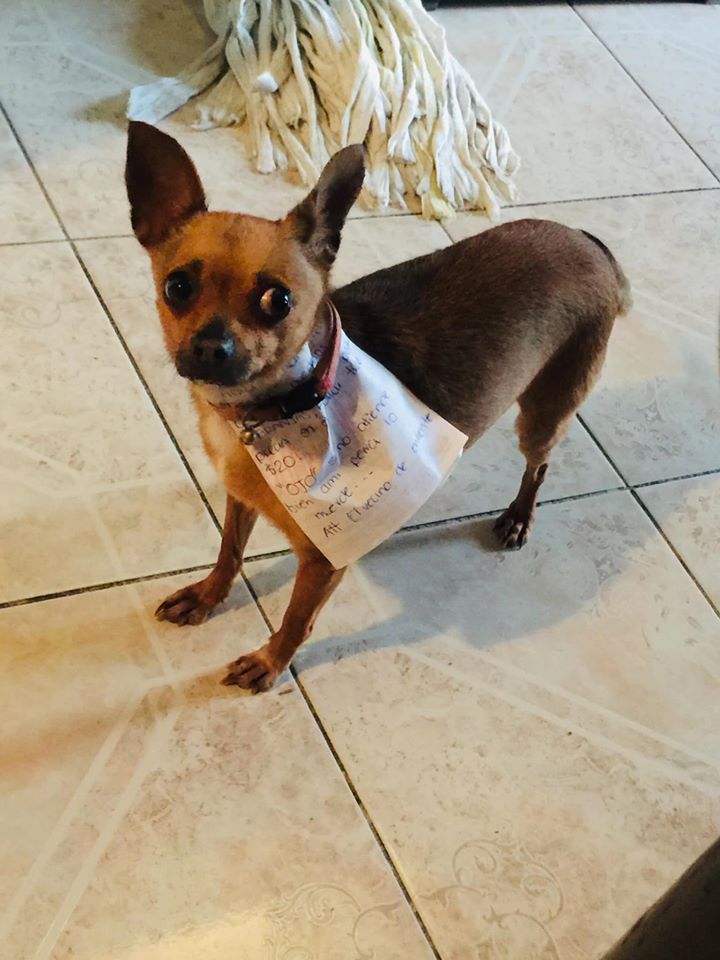 Way to help out during a difficult time, Choki! What a good boy. We only wish Choki was available to run our errands for us, too!

Share this story to give someone a much-needed smile today!