Every great dancer puts their heart and soul into the way they move their body. But doing so in the midst of a tragedy is no easy feat.

One young trio of talented dancers has proven they’ll always bring their best no matter their personal circumstances. The teens from Maplewood, Minnesota, who make up The Trilogy recently competed on this season of NBC’s “World of Dance,” captivating the audience with an emotionally charged performance. 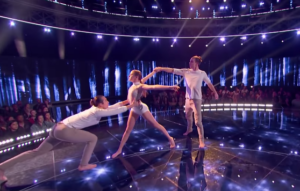 During a qualifying round in the Junior Division, the group of two guys and one girl closed the show with a contemporary routine set to Christian singer Lauren Daigle’s hit, “You Say.” This performance was very special not only because of the talent competition, but because The Trilogy had dedicated it to their member, Kevin, and his family. 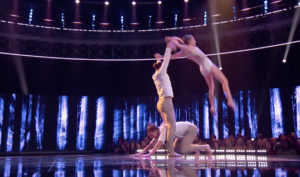 Kevin lost both his dad and sister within years of each other to Brugada syndrome. The disease disrupts the heart’s normal rhythm, and in the case of Kevin’s dad and sister, it caused both of their hearts to stop. Obviously, he’s still reeling over their deaths, but he channeled that heartbreak into the compelling routine. 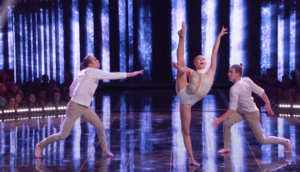 We see a graceful push and pull dynamic between the three, who are incredibly in tune with each other’s every move. 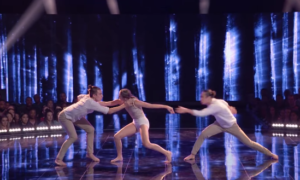 Their synchronization is so on point it’s breathtaking, prompting the audience to cheer and applaud. 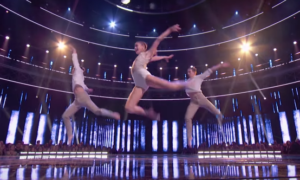 Judges Jennifer Lopez, Ne-Yo, and Derek Hough were impressed, sharing their favorite aspects of the dance.

“I love the transitions. They were seamless,” Ne-Yo said. “A lot of just clean and really beautiful pictures.” 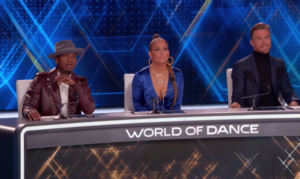 “I felt the emotion of it,” Lopez added.

“The choreography was very thoughtful and compelling to watch. It catches us off guard,” Hough said.

The competition has raised the bar this year, requiring performers to achieve an average score of 85 points or higher instead of 80. The Trilogy ended up with an 86.3 from the judges, advancing them to the show’s next “Duels” level. They earned it! 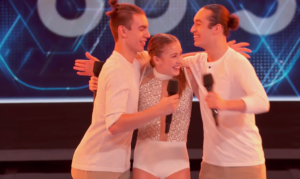 Nailing that routine must have taken countless hours of practice, but they make it look easy! We wish them the best of luck as they move forward in the competition. Check out The Trilogy’s gorgeous performance in the video below, and share their talent with the world.